Much like the the situation I found myself in during my last concert review for Sonic Perspectives, Clutch is a band that I’ve always been familiar with, but for one reason or another I just never got into all that much. Well, that sure has changed. I recently watched Clutch’s performance at the 2016 Wacken Festival on YouTube, and since then I’ve been furiously digging through their new album, Book of Bad Decisions, and the other eleven studio releases in the band’s back catalog. I love the mix of bluesy hard rock riffs, funky grooves and a touch of hardcore that oozes through their music. If you dig songs that have “groove,” then you’ll love Clutch.

I also enjoy how the band does not seem to take themselves too seriously. If you have heard their entrance music (their own cover of the infectious “We Need Some Money” by Chuck Brown) you will understand. Additionally, the latest single from Book of Bad Decisions is called “Hot Bottom Feeder.” I was a bit confused by the title, but upon further inspection, I realized that the lyrics are based on a crab-cake recipe. Then, after learning that the band is from Maryland, the proverbial light bulb went off: “Oh, I get it…they’re from Maryland, they love eating crabs.” Well played!

The Atlanta date was actually a make-up date for a show that the band cancelled due to lead singer Neil Fallon’s recent ill health, or as he said as he took the stage: “a case of the ickypoo.” I was wondering if he would be in top form, and even if he was not 100%, it didn’t show. He was engaging and affable, delivering set opener “Vision Quest” with vigor. In a live setting, it appears to me that Fallon isn’t just singing the lyrics…it’s as if he is “presenting” the music to the audience, like he’s got something important to tell you, and he wants you to listen. It must work, because there weren’t any “cell-phone-in-the-air-for-the-whole-show” fans in the crowd. People were genuinely engaged. The other members of the band – guitarist Tim Sult, bassist Dan Maines – tend to keep their spots on stage, heads down, deep in concentration while drummer Jean-Paul Gaster keeps the heavy-footed backbeat chugging along. Gaster is a blast to watch. He does more with his standard 5-piece kit than most drummers do with their huge double bass drum set-ups. 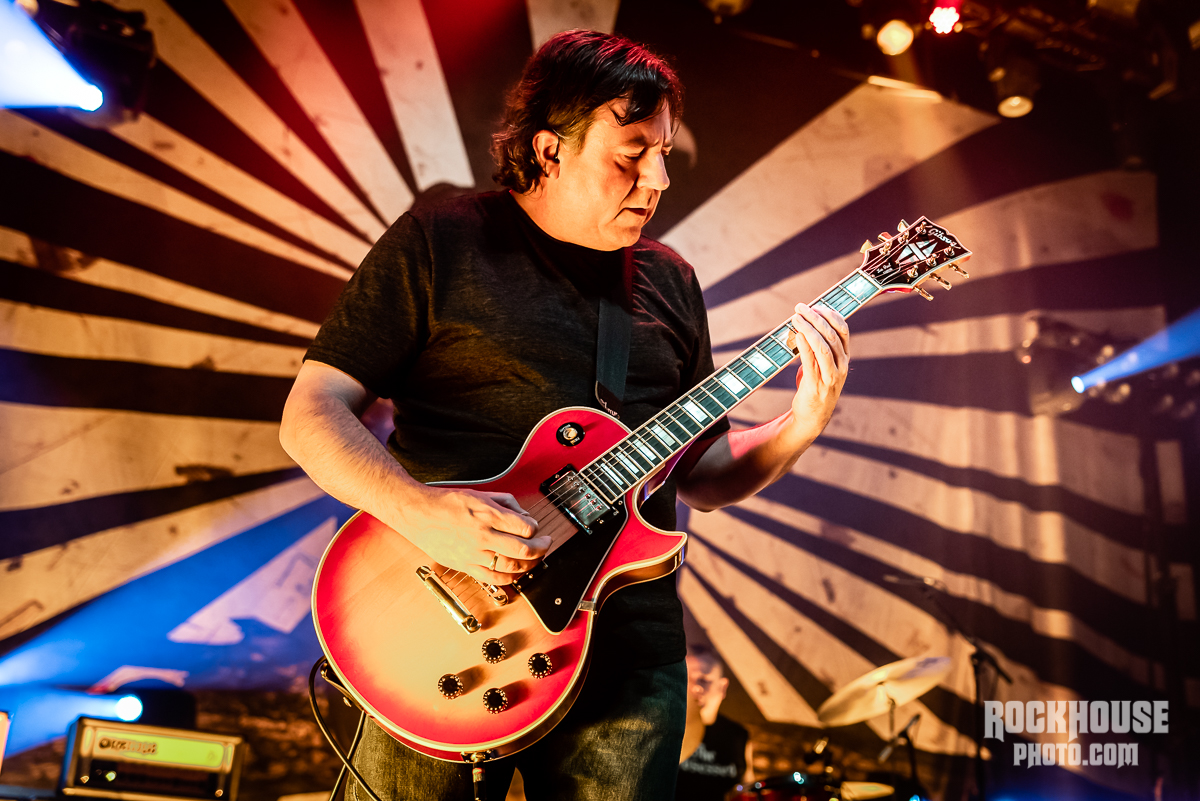 “Gimme The Keys,” “A Good Fire,” “How To Shake Hands,” and “Ghoul Wrangler” followed the set opener. The band played eight of the fifteen songs from their new disc, and dipped into their back catalog for a few of concert regulars, like “Decapitation Blues,” “Firebirds!,” “Electric Worry” and the über-funky “The Soapmakers.” Seriously, if “The Soapmakers” doesn’t get your head bobbin’ and your booty movin’, then you’re just no damn fun.

“Electric Worry” and “One Eye Dollar” ended the set, and the band returned for an encore of “Lorelei” and “Gravel Road.” “Lorelei” is a moody, slow-paced song that seemed a bit out of place in the setlist. It took awhile for the Atlanta crowd to pick the energy level back up after the short encore and that’s a shame, because “Lorelei” is a really beautiful, dark piece that I think deserves more emphasis in the lineup. No worries though, as the bluesy “Gravel Road” got things moving before the band said goodnight, leaving the audience clamoring for more.