According to Alter Bridge lead singer Myles Kennedy, there’s something special about the band playing in Denver. Now that might be something he says every night while changing the name of the city he’s referring to, but judging by the crowd reaction to their show Monday night in Denver, I kind of doubt it.

There are many lead singers who share less affection for playing in the Mile High City, whether it be due to the wintery weather that threatens respiratory health or the altitude’s lack of oxygen that threatens respiratory stamina. But for Kennedy, the only threat this show offered was an apparent accident earlier that day that crushed a hand or finger, making the picking portion of “Cry of Achilles” in his words a challenge for the night. For those in attendance, it seemed to have no perceived impact on his playing ability, nor did the altitude seem to affect his range or delivery. Kennedy unflinchingly delivered strong vocals the entire evening, once again making a compelling case that live music should be played live (not with tracks), and those with the capacity to deliver will rise to the top. 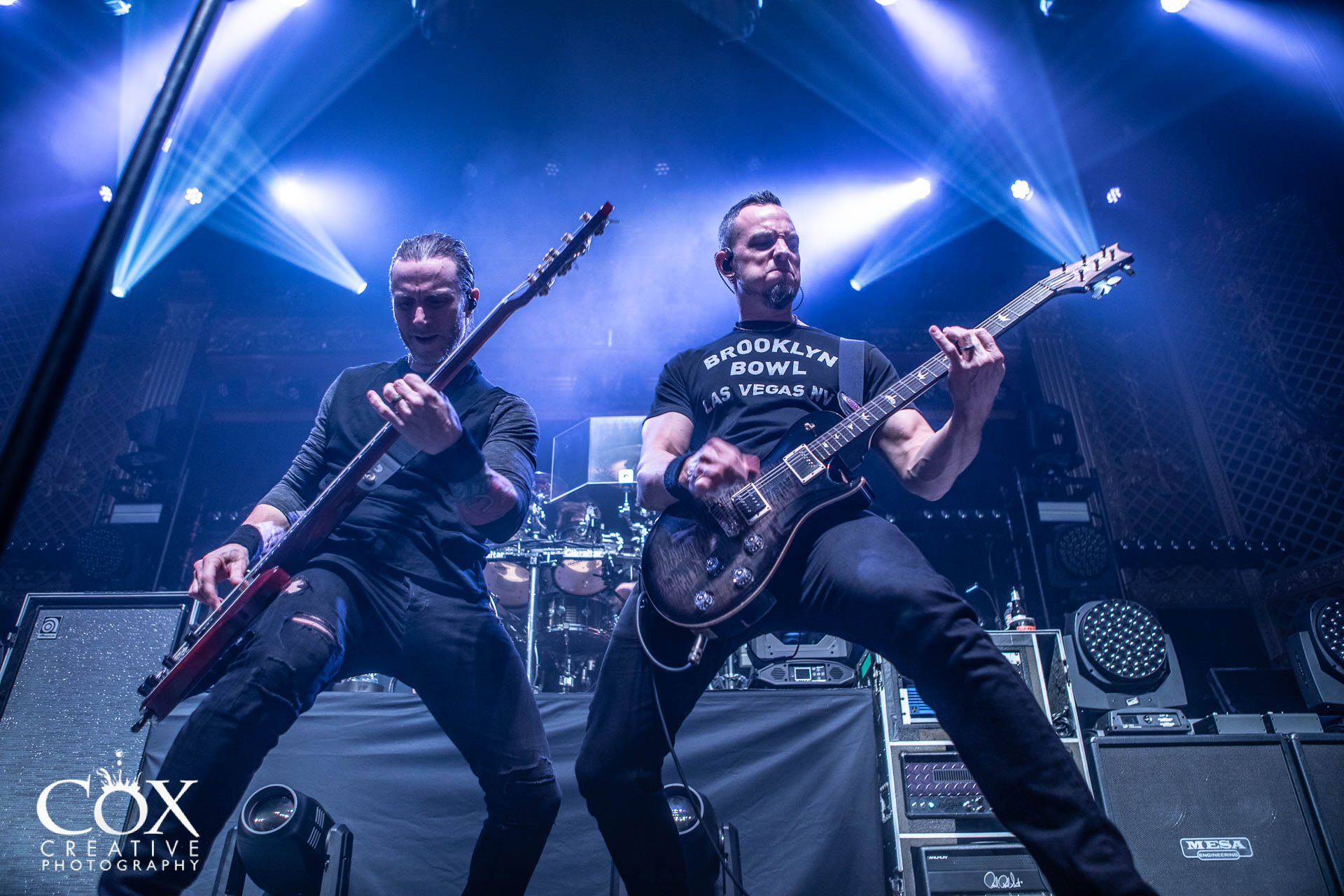 In their capacity to deliver a solid live performance, Alter Bridge does in fact find itself swaggering and standing tall. It’s true, but also entirely irrelevant, that Alter Bridge is made up of Kennedy plus ¾ of what used to be the polarizing 90s band Creed. That heritage means Mark Tremonti (guitar), Scott Phillips (drums) and Brian Marshall (bass) have years or experience playing to arenas full of screaming fans, but this outfit has clearly established its own identity, songwriting style and heights of musicianship.

Counting their newest release, “Walk the Sky,” Alter Bridge is now 6 studio records into their discography, and the set-list drew from most of them, with five songs from the new record featured, including “Godspeed” as the first of a two-song encore. Curiously, the band opted to leave off anything from their previous studio album (“The Last Hero”), and I’ll admit to wishing they had performed “My Champion” that night as they did a few nights earlier in Illinois. But that’s one really cool thing about a live band not being tethered to a click track production is the ability to mix it up from one night to the next and make each evening unique. When that happens, favorites will be missed. 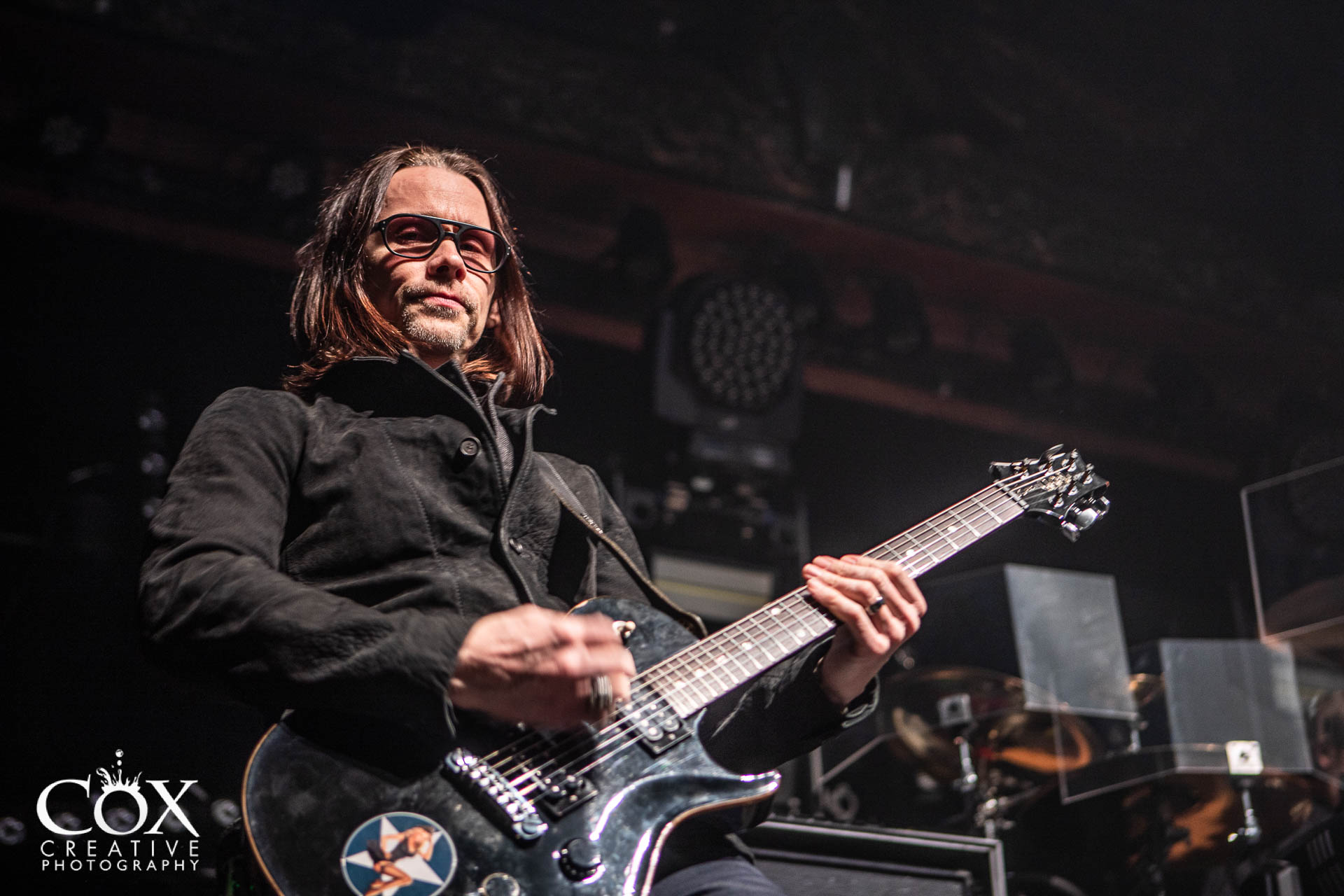 For this audience member, the other “missed” track from Denver’s show was the achingly beautiful, “Watch Over You,” a highlight from their previous album’s tour. But “Blackbird” made its expected appearance, and once again, Mark Tremonti demonstrated a powerful and poignant reminder that, when done right, a great guitar solo will always be a crowd-pleaser. Tremonti has risen in the ranks to be an adored player who merges crunch with melodic sense, and his signature PRS guitar, along with some other models, roared steadily throughout the night. Tremonti also took the wheel at lead vocals on “Forever Falling” and while his performance was competent, there’s no mistaking that Kennedy has the preferred pipes in this band.

The rhythm section of Phillips and Marshall are steady, solid, and somewhat visually recessed from the charismatic roles of Tremonti and Kennedy, who took an acoustic spotlight for the mellower “In Loving Memory.” Sonically speaking, the band sounded tight, heavy and well mixed from the back balcony. While they opted not to incorporate video into the show, the stage was jam packed with lighting goodies that provided plenty of eye candy to keep the look changing. The band plays to arena sized venues over in the UK so while they may have only been able to shoehorn a fraction of their gear, the strobes, spots and rigs added plenty of theatrical support to the music. 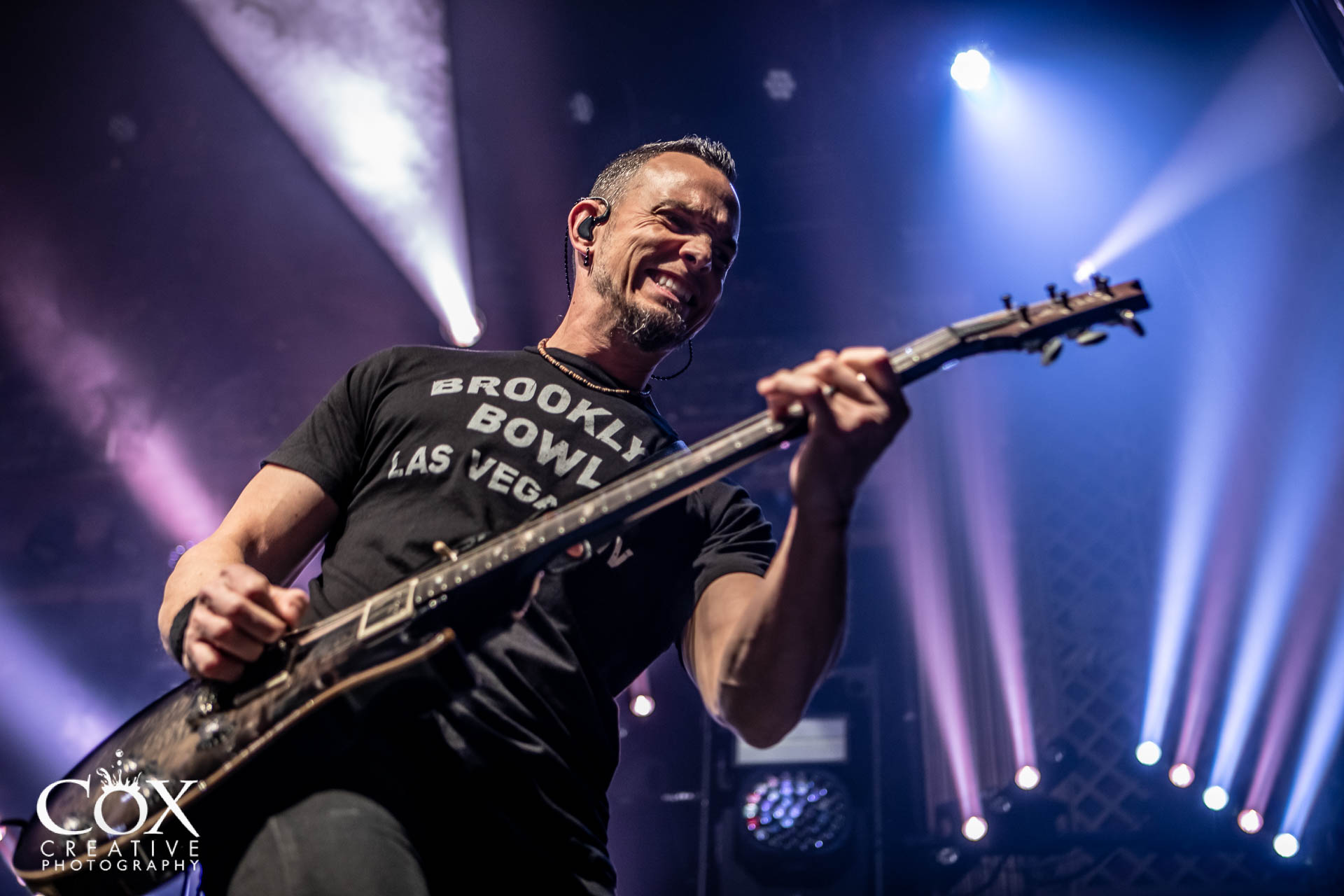 The regular set ended with one of Alter Bridge’s best crushers, “Metalingus,” and the final song of the encore, “Addicted to Pain,” proved to be a solid knockout punch for a great evening of live, heavy rock. Given that Tremonti and Kennedy typically do an Alter Bridge record and tour and then go off to do other things (Kennedy sings with Slash and Tremonti does a solo band thing), this might be the last time you’ll get to seem them for a while. Don’t miss ‘em!