Typically, when looking for a night of entertainment, one doesn’t seek out the theatrical talents of a man entering his seventh decade of life. Yet this is exactly the decision that hundreds of hard rock fans made on the night of November 6th, filling the floor in front of the stage at Hard Rock Live in Orlando, Florida. More than 50 years of active musical experience have carried Alice Cooper like a shooting star into what would be most men’s twilight years, and this Wednesday night performance on the Ol’ Black Eyes Is Back tour was no exception when it came to upholding his iconic reputation. Without a supporting band to take any time away from the main act, Cooper took to the stage with the youth of any stunning rockstar set to impress a theater of adoring fans. 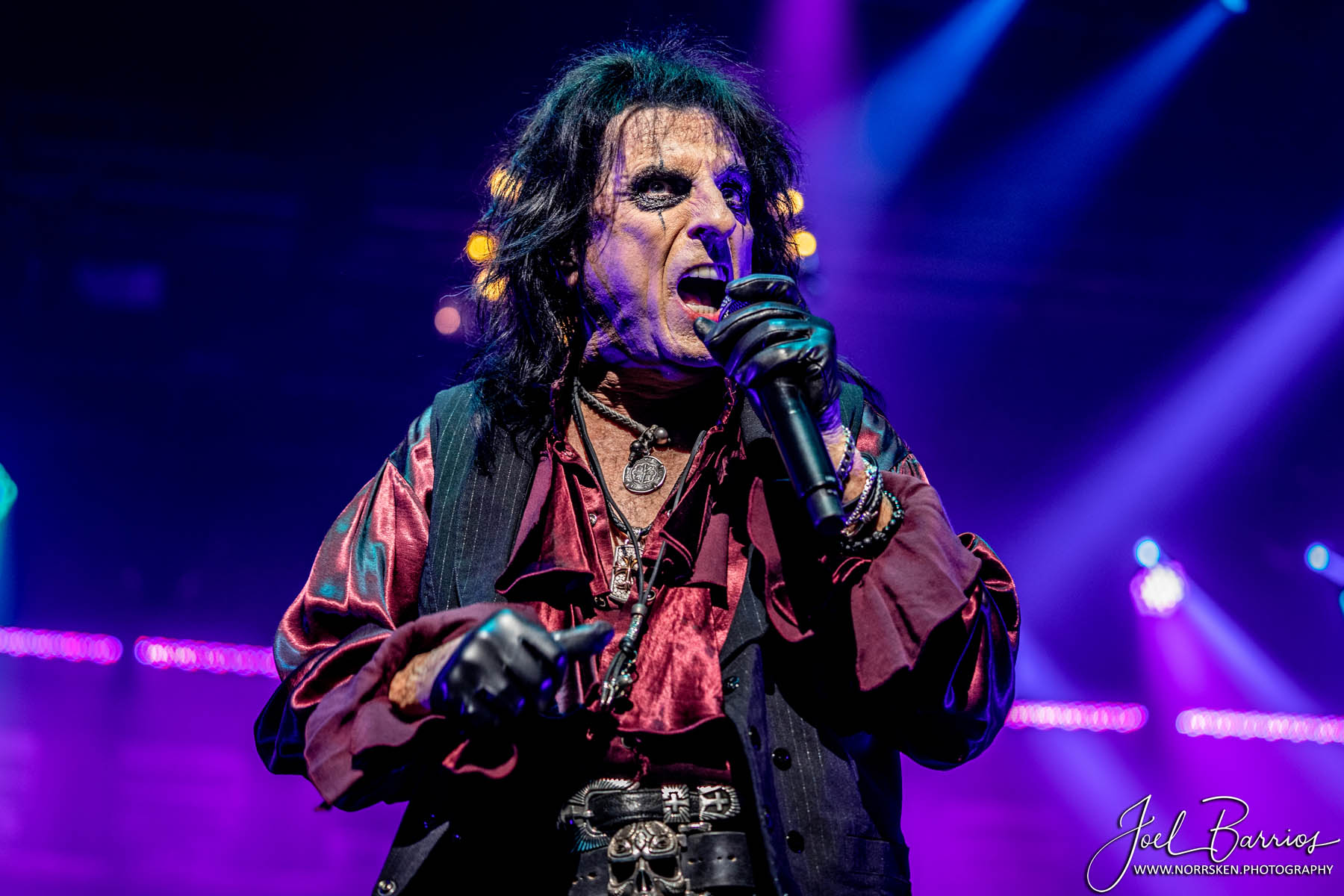 The Grandfather of Shock Rock

Having released EP “Breadcrumbs” in 2019, Alice Cooper has been pursuing a relentless touring schedule throughout the year, with dates extending well into 2020 on this latest run. The endurance displayed in a vigorous touring schedule is only amplified when looking at the impressive set-lists and physically demanding shows, spanning nearly two hours in length. To call the Alice Cooper experience merely a show would be somewhat remiss: rather, watching Cooper prowl across the stage and deliver timeless hits is just a small part of an immersive experience filled with so-called shock-rock and horror-fueled thrills. 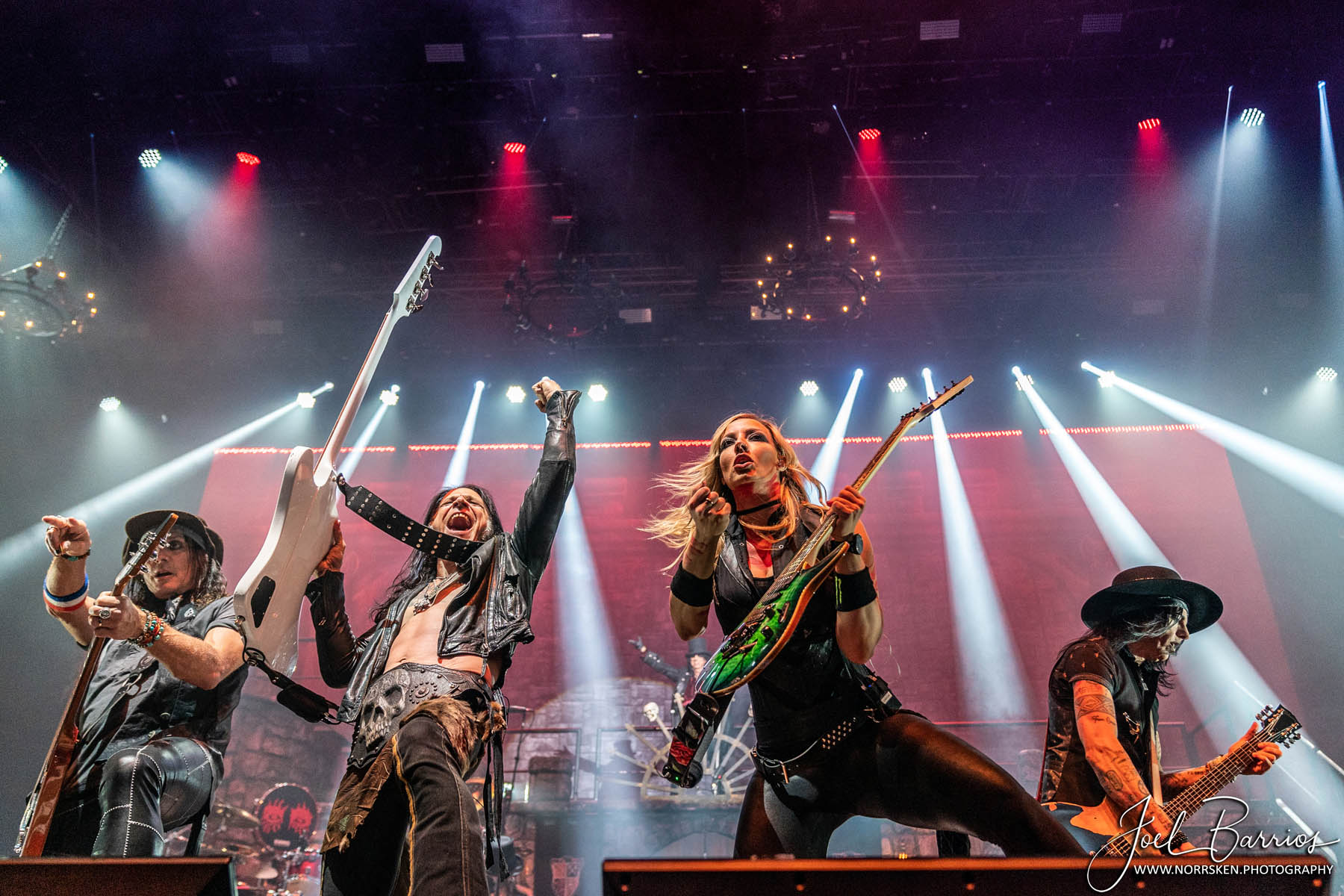 The performance at Hard Rock Live was no exception to the stellar reputation that Cooper has crafted over the last five decades. While some gimmicks have made regular appearances since the 80s, there was a catalogue of newly choreographed acts that brought a modern twist to the classic thrill of theatrical live horror. Each movement on stage was accented by a cascade of piercing lights, an experience that was as often blinding as it was dazzling, but just one component of myriad moving pieces that put together the signature experience that only Cooper could pull off. Though it seemed that the die-hard fans in the crowd could see it coming from two songs away, there was still a deafening cacophony of ecstatic howls as the guillotine made its descent in a well-practiced skit that has entertained multiple generations of spectators. No matter how macabre the displays of bright red blood and limp, lifeless baby dolls, there were no shortage of smiles from either Cooper or his rapt audience. 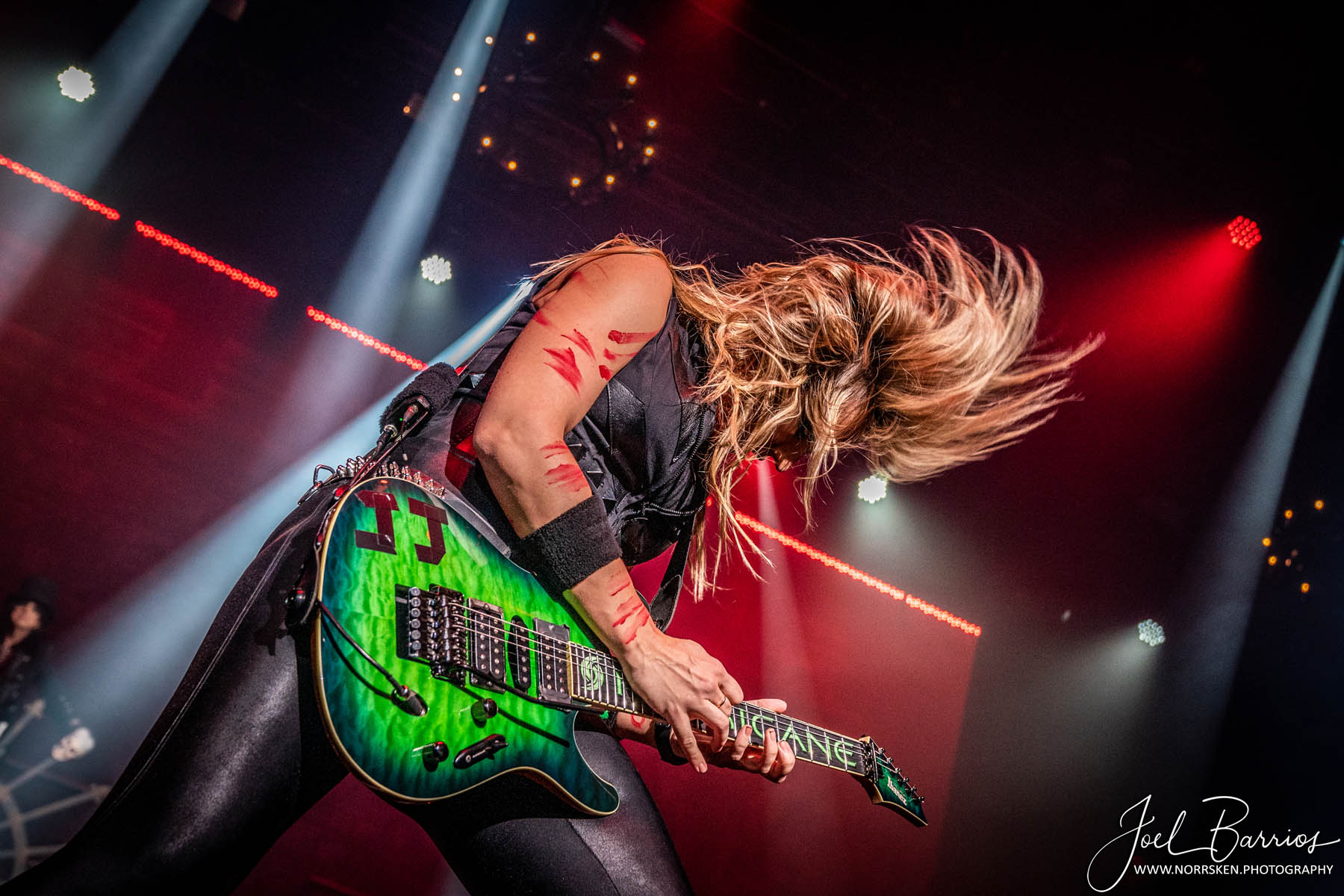 Most of the night’s set was pulled straight from the 70s and 80s, leaning most heavily on the band’s 1973 hit “Billion Dollar Babies” and Cooper’s solo album “Welcome to my Nightmare” from 1975. The words from these albums, which Cooper must have belted out thousands of times, seemed to run as though they were part of his blood; no prompts or cues were needed as he sang through a setlist of more than 20 songs. This tour seemed to pull deep from a discography as comprehensive as it is expansive, and while long-time favorites such as “I’m Eighteen” drew the most attention from the crowd, there were more selective pieces such as “Bed of Nails” that were delivered with the same practice expertise, but to a much more curious reception.

No matter the many moving parts, and the clear centerpiece that Cooper crafts himself as, the front-man was not the only talent worth watching on stage. Three guitarists formed the ensemble that gave the fiery life to music so vibrant that it could fill the crowded theater. The shock of a never-ending parade of horror was held together by the skilled musicians providing their backing to the spotlight’s gaze, and the talents of a number of actors that drew gazes in stunned awe. That’s not to say that the guitars went under-appreciated: approximately halfway through the set, there was a small break from the onslaught of rock favorites to make way for the relentless shredding of a center-stage guitar solo. 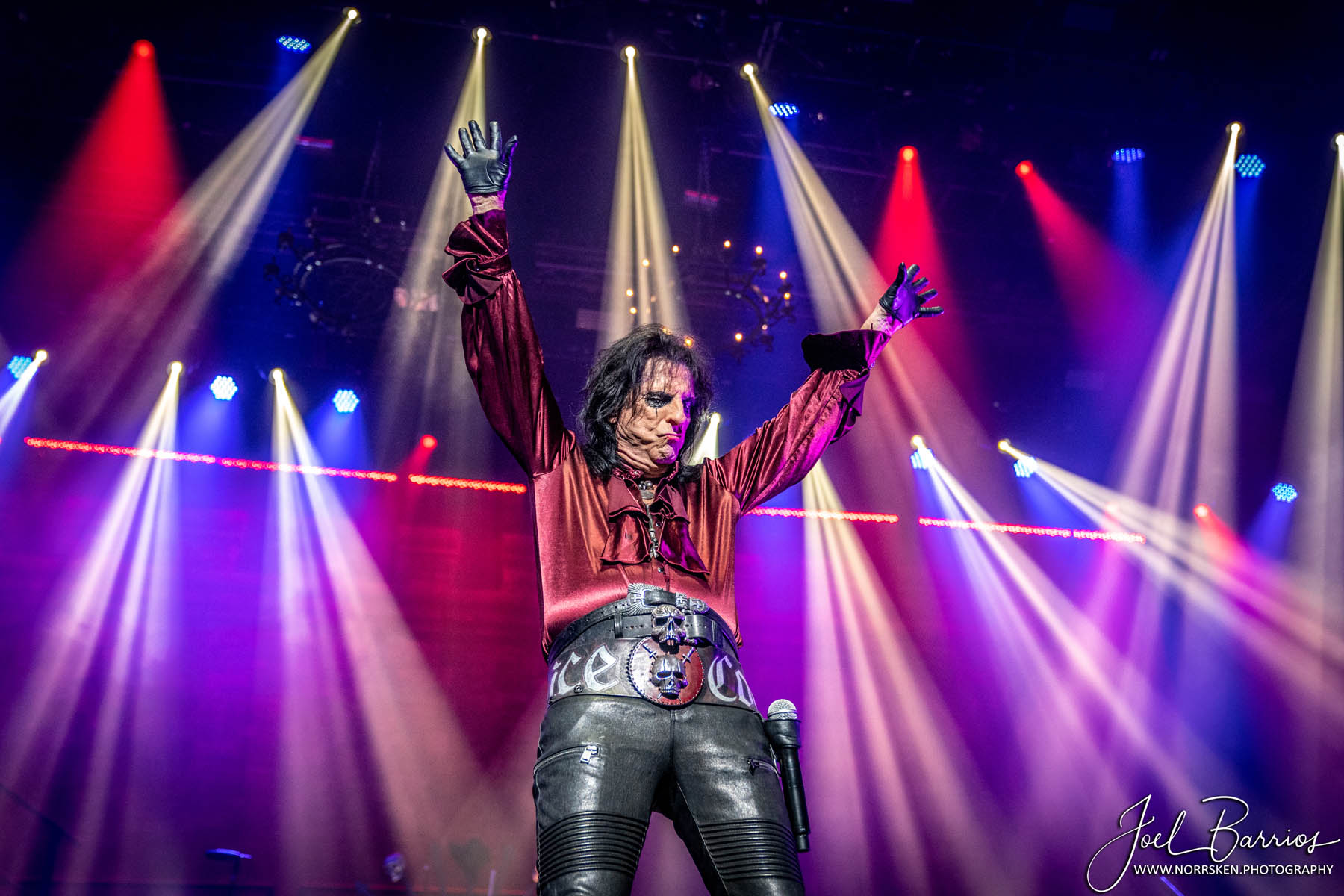 Cooper: A true master of ceremonies

Both shrieks and skits passed the time with terrifying speed; it seemed that only minutes had passed before the first notes to the favorite closer “School’s Out” began to weave the night’s final goodbye. Audience members both young and old sang the refrain until the venue seemed ready to burst with the sheer energy radiating from all in attendance. Even after more than twenty songs worth of pure performance, Cooper was still smiling and singing with the endurance of any star that had rightfully earned their place on the big stage.

With multiple shows each week for the next few months, it doesn’t seem like Alice Cooper is ready to slow down anytime soon. And with a fresh rotation of horror-fueled thrills to keep lifelong fans on their feet, it seems that his fanbase isn’t going anywhere either. If a night full of lights and screams of delight were any indication, the world still has plenty of love left for Alice Cooper and the thrill of his vibrant delivery of hard rock.

Under My Wheels / School’s Out