Vikings rise from the sludgy depths.

When musing over the happenings of the Viking Age or the broader realm of the fantastical, if images of the Americas are to coincide, it would assumedly be the shores of Vinland or maybe those of Central and South America where the conquistadors met the might of the Aztec and Incan empires. Likewise, the recent association of high fantasy with power, melodeath, black and folk metal all but renders any pursuit of said genre of storytelling counterintuitive to any other subsets within the metal paradigm. But a band such as Yatra, hailing from the doom and sludge-rich scene of Maryland and sporting a sound more readily associated with the likes of High On Fire and Sleep, is all too willing to buck such trends. Having already fielded 2 solid LPs in less than as many years, they’ve also proven willing to explore the fringes of their psychedelic brand of doom metal and even venture into unconventional territory.

In addition to being a fairly methodical offering, there is a strong air of spontaneity at play on “All Is Lost“, this outfit’s third studio excursion. The recording itself spanned a notably short time span, specifically June 18th through 21st, and comes across along similar lines to a series of jam sessions translated into a sludge-based template. The range of influences proves quite varied, with the vocals often opting for a sepulchral, toneless shrieking sound more often associated with a blackened doom metal sound, though lead singer and guitarist Dana Helmuth also employs a more tonally precise, gruff-based shout at times that brings the band a tad closer to a vintage 70s sound. Similarly, the general tone and tenor of the accompanying music has a strong blues base, particularly during the steadier grooving moments, and the semi-frequent guitar solos employed by Helmuth betray a fairly strong Black Sabbath influence. 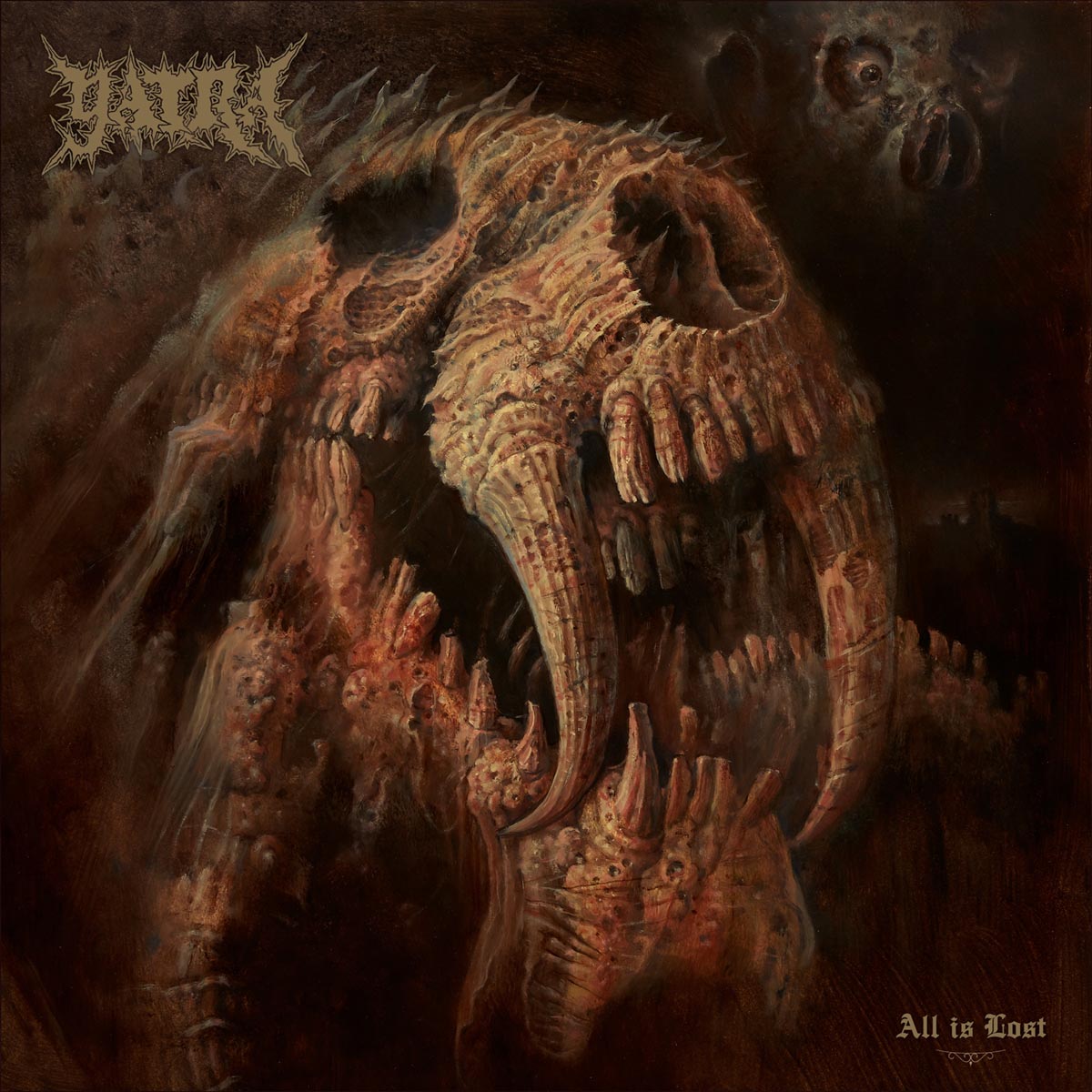 “All Is Lost” cover art

The bleak and fatalistic character of this album’s title is perfectly reflected in its sonic presentation, pummeling the airwaves with a dark and dreary air thick enough to cut in half with a broad sword. The opening crusher and title anthem “All Is Lost” enters on a sorrowful tremolo riff that sounds eerily similar to a number of seminal offerings out of the Norwegian black metal scene circa 1993, which ultimately segues into a series of slower grooves and thrashing segments as the vocals wail like the screech of a Ring Wraith cracking the night sky. Though this overt nod to the 2nd wave is the most blatant one to occur, even more coasting bruisers like “Winter’s Dawning” and “Eyes Of Light” veer into a similarly blackened realm, led on by a consistently frostbitten vocal delivery, though riff-wise things are a bit closer to an old school Tony Iommi format with a muddier, exaggerated timbre.

While this album’s tendency towards an expansive definition of a stoner-driven mode of doom metal is highly auspicious, some of the most memorable offerings found on here lean a bit closer to a traditional sound. The slow-trudging to occasionally up beat mixture of Sabbath and Crowbar that is “Tyrant Throne” proves among the catchiest of the bunch, featuring one of the most overtly tuneful chorus segments that features Dana Helmuth shifting into a more conventional yet still gritty vocal persona, while the brief lead guitar break just screams 70s blues rock goodness. Likewise, the heavily blues-driven mud machine “One For The Mountain” almost sounds like an improvised nod to the old Mississippi sound, and along with the swampy groan of the similarly retro “Northern Lights”, showcase Helmuth’s competency at incorporating a slide guitar into a style not often known for featuring said lead guitar style.

The Maryland scene has shown zero signs in stopping their quest to surpass the Nola and Pacific Northwest as the most prolific site of American sludge, and with 3 full length albums under their belt in as many years (4 if counting the 2017 “Blood Raven” album that was also helmed by Helmuth), Yatra is proving to be one of the more consequential players of late. This outfit has yet to produce a dud, though this time around they’ve refined their craft to the point where it would be near impossible to mistake this LP with anything else touting a psychedelic brand of stoner/doom. Many outfits that have presented the world as a dreadful place via their sonic craft over the years, but this fold has a uniquely fantastical and poetic approach to it that finds them in a world all their own. The depressed Tolkien fan with a penchant for sludge may be a niche market, but this album definitely has it covered.

“All Is Lost” track-listing:

Known for its swampy sludge scene yet not especially for swamps, Maryland has produced a number of grimy doom acts of late, and one young power trio in particular takes their penchant for high fantasy and Norse mythology to an unusually dank and murky place.