While the previous decade saw a fair number of older stylistic expressions of metal continue to bask in the sunlight of revival, there was still plenty of room for the experimental side of the equation to leave its mark. Arguably among the quirkiest newcomers to venture from the tech death side of the equation was a multinational project with an eye to all things extra-terrestrial and a particular fixation upon the Metroid game series dubbed Wormhole, with members hailing from Baltimore, Scotland and even South Africa no less. Their consequential 2016 debut offering “Genesis” was a particularly odd affair, employing two inhuman sounding vocalists and a heap of bizarre stylistic devices that paralleled the output of Spain’s Wormed, California’s Rings Of Saturn, and even the obscure Russian experimental brutal outfit 7 H.Target courtesy of mastermind and multi-instrumentalist Sanjay Kumar. To put it mildly, this was a band that was definitely set to go places within tech metal circles, and managed to distinguish themselves as a truly unique force even amongst the likes of Revocation and Ouroboros vying for status as the pinnacles of originality.

Nevertheless, the four years that would follow has brought some changes to this fold, not the least of which being the exodus of the two vocalists that gave this band its multinational status and a somewhat looser approach. The resulting changes are subtle, as newly recruited front man Anshuman Goswami appeared as a guest vocalist on the debut and exhibits that classic blend of squeals, grunts and gurgles that his two predecessors brought forth. Consequently, The Weakest Among Us proves to be nothing of the sort from a musical standpoint, ushering in an intricate mixture of noodling guitar solos, jazzy beats, precision riff work and an all around multifaceted sonic journey into the surreal in a relatively compact collection of songs. The lead guitar work naturally steals most of the show, as Sanjay and his brother Sanil rival the technical chops of Lucas Mann and Joel Omans while trading out the video game-like speed for a more organic, almost Steve Vai-like improvisational shtick. Then again, the free-flowing and loose bass work provided by Defeated Sanity live member Alex Weber and the ultra-chaotic kit work of recently recruited drummer Matt Tillett do much to further develop these songs into something truly out there. 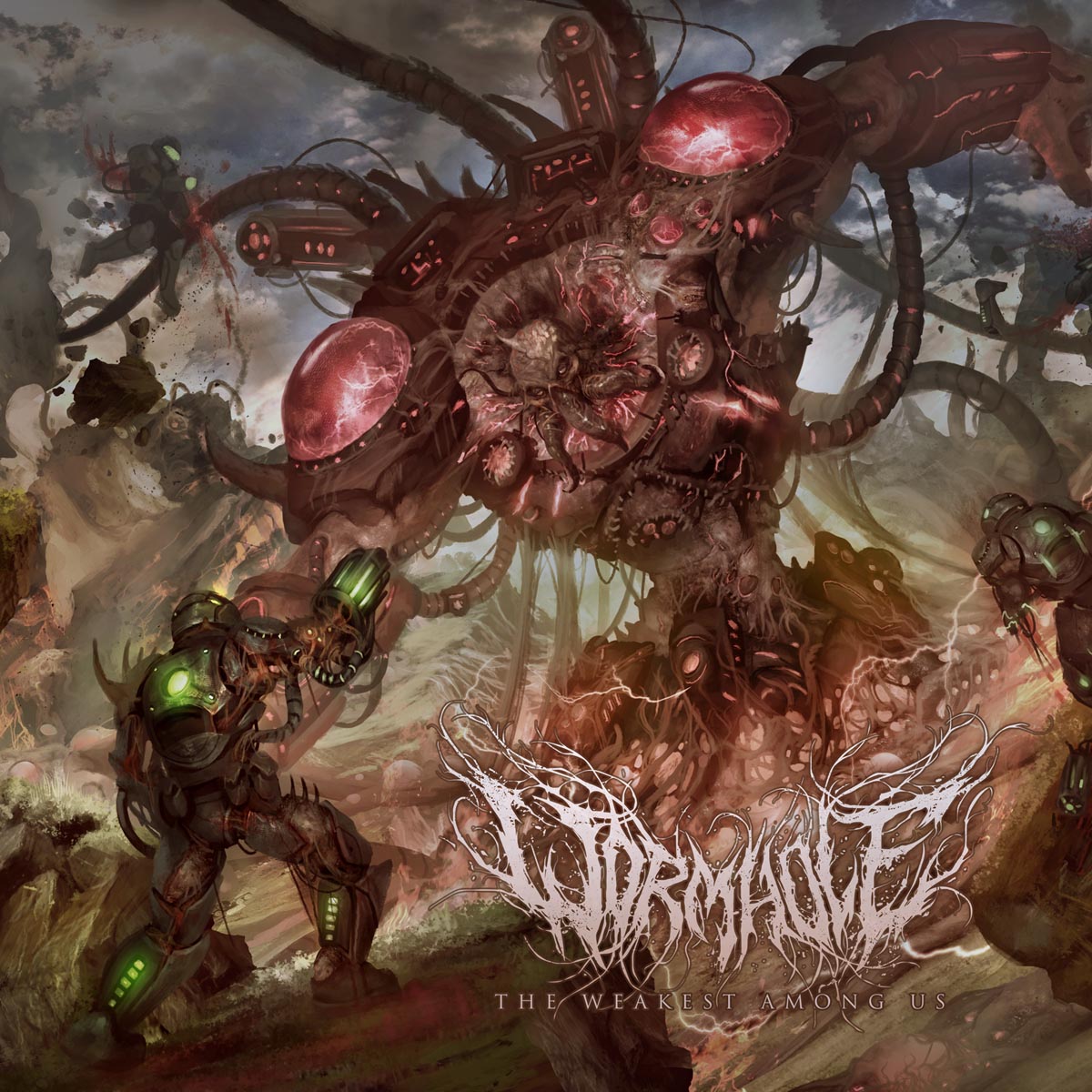 “The Weakest Among Us” Album Artwork

Though these songs have all the usual traits of a standard brutal album with oodles of jarring shifts and starts that form the foundation of a post-Necrophagist styled technical affair, there is an underlying sense of spacey looseness that veers away from the usual militaristic precision that tends to follow this sub-genre. When hearing the quirky, heavily jazz-inspired meandering of “The Gas System” or “D-S3”, one wouldn’t be too far off based in picturing a reincarnated Frank Zappa trying his hand at brutal death metal alongside a couple members of Dream Theater. It’s a bit more nuanced and less cartoonish in demeanor when compared to the exaggerated sound of Rings Of Saturn, yet it conjures up a similar sense of weirdness while being a bit more organic and slightly older fashioned in comparison. It’s no small feat considering how relatively short this album actually is, with generally brief excursions into chaotic supernovas of sound like “Quad MB” and “rA9/myth” clocking in at under 3 minutes yet having twice as many moving parts as many tech death bands out there today, to speak nothing for the insanely long titled “Wave Quake Generator Plasma Artillery Cannon”, which features arguably one of the most impressive guitar displays heard in the style in quite some time.

As with any album that carves out a highly unique niche for itself, the biggest weakness that plagues this album is a lack of accessibility towards those not predisposed to the style. This is sure to play extremely well to any metal head that likes their metal geared heavily in the direction of experimental genre-splicing and prefers songs with a borderline random structure rather than a typical verse/chorus affair. It’s a rather interesting thing to note that this quartet has managed to truly hone in on that interstellar brand of extreme metal without the use of keyboards, samples or studio gimmicks, all the while managing to come off as a tad more grounded and traditional than the Sci-Fi musings of Wormed. Further intriguing is the somewhat light-hearted character of this album despite the largely dissonant harmonic progressions being generated by the instruments and the incomprehensibly monstrous vocalizations, full capturing the generally family friendly demeanor of the Metroid series. It may not be the case that all gamers will go for this, but it wouldn’t be a stretch to see a fair bit of appeal in said community when all is said and done.

“The Weakest Among Us” Track-listing:

A one-time multinational endeavor that covered much of the old Anglosphere has set its roots in Baltimore, yet still manages to offer up a technique-steeped fit of brutality with an eye to a Nintendo classic that is quite otherworldly