Austrian coed-metal act Visions of Atlantis has been through a lot. With six studio albums since 2002, several lineup changes (including the sad death of vocalist Nicole Bogner to illness in 2012), to the point of the drummer being the sole original member… the band has been rigorously tested in a crucible in under two decades. Thankfully, with the arrival of new album Wanderers on 31 August, the lineup remains mostly intact since the previous album. Let’s hope the band is close to perfecting a recipe for lasting success.

Although the band is technically headquartered in Austria, a perusal of the album’s liner notes would lead one to believe they were refugees of the lost city of Atlantis, setting foot on continental Europe for the first time. This is no accident; Atlantean thematic elements have been inlaid into the band’s look, sound, and lyrics since day one. At risk of invoking a tiresome comparison, the band is close in feeling to Nightwish, or at minimum, Nightwish may want to consider a paternity test. Regardless, this particular apple of the Atlantic did not fall far from that tree, although as the band has grown and evolved over the years, it has picked up elements comparable to other power metal acts ranging from Epica to Kamelot. However, unlike Nightwish, the Visions band really embraces the two-singer duality. Where Nightwish depends on rare moments of vocal interplay between bassist Marco Hietala and any given front-woman, Atlantis is more of a 50/50 torque differential between Lyonnais mezzo-soprano Clémentine Delauney and Italian Signor Michele Guaitoli. Guitars are handled by Christian Douscha, bass by Herbert Glos, and drums remain in the percussive domain of Thomas Caser.

Firstly, one of the most striking evolutions of this band is production and polish. Earlier albums were rough, the stuff of struggling basement power metal hocking homemade discs at the merch table. Not so for Wanderers. This album just feels clean, tight, and pleasing to the ears from beginning to end. Here is one point which remains so far unclear with Visions of Atlantis: Who is the keyboardist? The band went through a period with no official bass player. There have been full-time keyboardists in the band’s past, but none credited with this new album, or the previous record The Deep & The Dark. If this was an album like Iron Maiden‘s Seventh Son, or Ozzy‘s Bark at the Moon, where we find occasional synth elements to complement a guitar rock ensemble, then it would be understandable if keyboards do not get a spotlight in music videos or onstage. However, half of the sound of this album is symphonic synth keys, along with the occasional Uilleann pipes a la Nightwish’s “I Want My Tears Back.” While it is understandable that the keyboards never take a front-and-center power metal role like what we see from Bob Katsionis (Firewind), Diego Tejeida (Haken), or the singular Jordan Rudess (Dream Theater), it does seem like the keys at least serve a central role a la Tuomas Holopainen. If the band plays Wanderers live, should the audience just expect a backing track for all the symphonic elements? Our dear friend Jonah Weingarten (Pyramaze, Teramaze, Mindmaze… just about anything-Maze) sometimes says, tongue-half-in-cheek “Make Keyboards Live Again.” This is a sentiment we heartily endorse. A nicely-crafted symphonic power metal album is nice, to be sure, but it should be something which can be replicated live in full with real musicians. 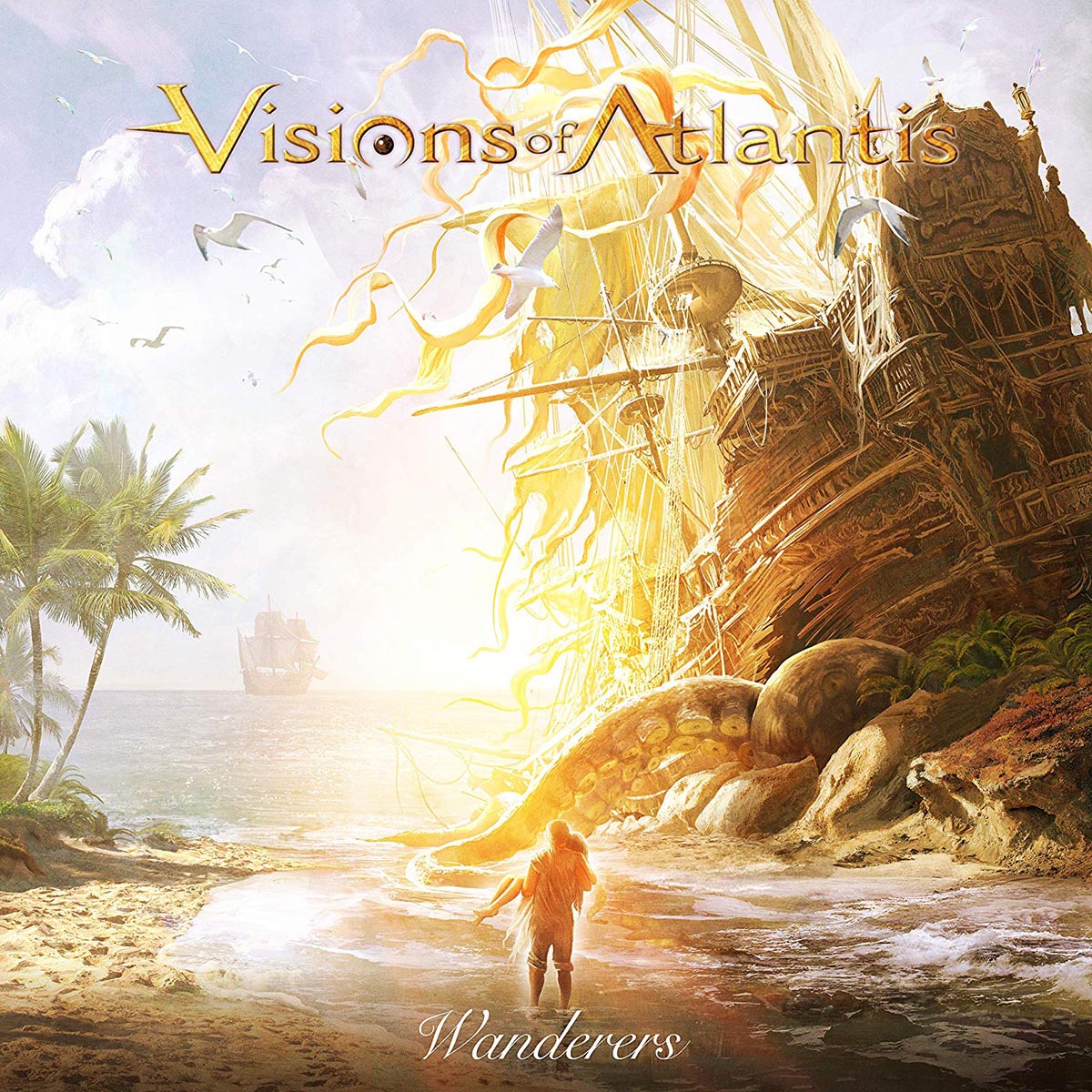 With all that said, this is not to say that the album is not worthwhile. Quite the opposite; V of A seems to be finding its stride as a proper power metal project. The composition is a marked improvement over past albums, and the instrumentation is strong. The first track, the appropriate “Release My Symphony” is varied from Power Metal riffing to strings sections, and even quiet moments showcasing some delicate Clémentine vocals. The next track, “Heroes of the Dawn,” may be just a little too close to the new conventions of Euro power metal by jumping right on the Irish pipes, but it is still a solid piece. The third track, “Nothing Lasts Forever,” serves as a well-executed bittersweet ballad built-for-two. “Journey to Remember,” is the straightforward power rocker serving as material for the band’s newest music video, and gives a representative sample of the band’s current sound. The track “Silent Scream” is another good example of nice synth and keyboard arrangement tying together what would have been an unremarkable song otherwise. Quite a feat for a band with no keyboard player, all in all. “The Siren and the Sailor” experiments with some less-traveled chords and scales to take us on a fun (albeit doomed) voyage on the ancient seas. It’s no Symphony X “Odyssey,” but it will do. The title track may actually be one of the more endearing on the record, a quiet little piece of piano and layered vocals by Clémentine. The lyrics are well-thought-out, and blessedly universal to almost any listener. On the topic of lyrics, we would like to thank our old friends at Napalm Records for providing the lyrics with the advance copy of the record. Those of us who grew up sitting on beds and couches wearing out albums and committing the liner notes to memory really appreciate a little bit of that old magic while reviewing new music.

All in all, this isn’t a bad little record. The Atlantean thematic elements are worn a little threadbare, and although it does seem like the band is trying to keep the lyrics nonspecific enough to have slightly wider appeal, songs mentioning sirens and Krakens can be a little bit “on the nose” at times. Your mileage may vary. Some of us don’t mind the occasional Blackmore and Dio references to wizards and such, but that’s about our recommended daily allowance for 20-sided dice. Some metal-heads may hear there is a new Twilight Force record and say “Elves and Orcs? Beam that shit up!” The point here is that the mythic elements of V of A (including band apparel) are someplace in between those two. Personal taste, really. Musically speaking, the album is better than recent Kamelot albums, and perhaps on par with Beyond the Black, but not quite batting on an average with Nightwish or the new Tarja record, In the Raw. Some compositional variety would go not unwelcome, especially something like a ten to twenty minute epic. A well-executed story-driven concept album could be exactly the thing for the target demographic. It could be more “Astonishing” here than it would be to the average Dream Theater purist, to be sure.

Visions of Atlantis are moving in the right direction, that much is clear. The team have been racing the same car in 24 Hours of Le Mans every year since 2000, and never finishing due to mechanical difficulties. This year, after a serious rebuild of the car, and a new team of drivers, they may not have made it to a podium finish, but by God, they finished the race. They are clearly running with the big boys now, and we hope they continue to carry this momentum forward. If you are jonesing for something new and respectable in symphonic prog-metal, it would be hard to go wrong with this one. It hits the streets August 30st, check it out at the Napalm Records company store here.

Considering this may be the strongest Visions of Atlantis album to date, if you are a fan of symphonic power metal, you should consider this one. Solid musicianship, compelling arrangements, a tight mix, and a unique vocalist setup go a long way in setting this project aside from others. Although it may not rise to the level of Seventh Wonder “Tiara” or the new Tarja record, it may be a tasty snack to hold you over until the next Nightwish album