Where paradise draws its power.

In the annals of power metal’s 30 years plus history, one of the most pivotal bands in shaping the European sound is Finnish pioneering act Stratovarius, drawing their name from the famed 17th/early 18th century luthier and craftsman Antonio Stradivari and putting a rock/metal guitarist twist on things. Aside from popularizing the idea of incorporating classical song styles, composers and terminology into band names, they were at the forefront of merging the common practice Baroque and Classical virtuoso techniques and harmonic structure adopted by Ritchie Blackmore, Uli Jon Roth and Yngwie Malmsteen with the melodic speed metal foundations laid by Helloween and Running Wild. At the forefront of Stratovarius’ formative years was the songwriting and guitar chops of Timo Tolkki, who would find himself alienated from his former band and bouncing around various projects, occasionally acting as a competitor to famed guitarist/songwriter gun for hire Magnus Karlsson.

Though Tolkki has seen varying degrees of success in merging his signature songwriting niche with a number of apt musicians, most of them fellow veterans, his highly independent nature has caused highly viable projects such as Revolution Renaissance and Symfonia to be short-lived ventures. His most recent signature project, which bears his own name and the mythical location of Arthurian lore Avalon, has tended to mirror the ensemble vocalist/metal opera format that was pioneered by Avantasia, albeit with a musical style more in line with 90s Stratovarius, but has often found itself playing second fiddle to a number of side-projects under the Frontiers Records umbrella. However, following a period of about 4 years of studio silence, something must have lit a fire under this Finnish power metal extraordinaire, because his newly unleashed third LP under the Timo Tolkki’s Avalon moniker dubbed Return To Eden is a full on return to the good old days of the millennial power metal revolution circa 1998.

Part of what may lie at the heart of this outfit’s sonic renaissance is a total revamp of the entire lineup minus its head, as full time drummer Tuomo Lassila and keyboardist Antti Ikonen wound up vacating the premises immediately following the release of Angels Of The Apocalypse in 2014, being replaced with session musicians of a more power metal-based pedigree. Likewise, the usual suspects in the lead vocal department have been mostly traded out for a number of less commonly seen faces in the guest voice department, with the most notable figures being Todd Michael Hall of Riot V and Jack Starr’s Burning Star fame and current Tristania front-woman Mariangela Demurtas. Be this as it may, this is an album that largely earns its wings through strong songwriting and a highly impressive instrumental display that is heavily reminiscent of where Stratovarius was at their late 90s peak circa Visions and Destiny, not to mention a brilliant first run by producer and occasional lead guitarist Aldo Lonobile (best known for his work with Secret Sphere), who puts together a thunderous and colossal sound reminiscent of Jacob Hansen’s production work.

Following a somewhat conventional instrumental introduction called “Enlighten”, consisting largely of a serene piano line with obligatory cinematic bluster at key points, the bulk of this album consists of a largely conventional affair for anyone familiar with Finnish power metal as it has largely sounded since the late 90s. Most of the anthems found on here are fairly compact and follow conventional song structures, avoiding any long-winded epic fair that has often been a staple of Timo’s songwriting in the past, nor any really drastic forays into genre-bending territory. Where it truly succeeds is in the sheer quality of the ideas that are placed within an otherwise highly symmetrical and predictable box, matched with a highly impressive array of guitar and keyboard gymnastics and highly poignant and/or dramatic vocal displays out of the various vocalists. Nobody on here really sounds like Timo Koltipelto or Michael Kiske, the two most common voices in Tolkki’s past, but everything gels seamlessly with his consonant and hook-driven anthems. 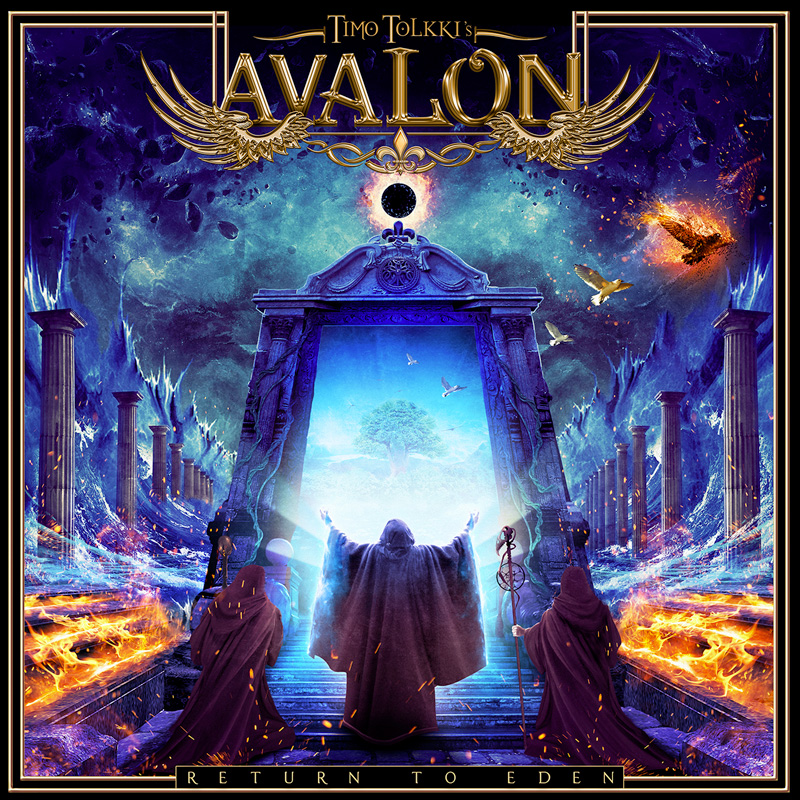 What ends up making this effort more distinct from its immediate predecessors bearing the Avalon moniker is the degree of impact relative to atmosphere and slower-paced groove. When considering riff happy speed metal anthems such as “Promises”, “Limits” and “Give Me Hope”, it’s pretty clear that Timo is drawing heavily from the same well that brought out such high octane anthems as “Legions” and “No Turning Back”. Then again, the fast-paced mayhem of this album’s closer “Guiding Star” finds a more angelic voice befitting a nod to Epica thanks to Demurtas’ soaring soprano. Similarly, the shuffling and somewhat folksy rocker “Return To Eden” is given a highly theatrical and gritty quality thanks to Zak Stevens’ input, while the highly catchy mid-paced sing-along romp “Now And Forever” strikes a familiar chord for those who loved “Hunting High And Low” and “Eagleheart”. All the same, the more slow-paced and symphonic offerings “Hear My Call” and “We Are The Ones” find a more gothic character, due in no small part to Anneke Van Giersbergen’s voice breathing a fatalistic glow into the dense textures and minimalist grooves Tolkki conjures out of his more recent past.

With the arguable exception of the lone album to come out of Symfonia In Paradisium, fronted by the now dearly departed Andre Matos (R.I.P.), this is the greatest album that Timo has put together in about 20 years. Whether it is the consequence of taking more time to hone these songs and taking time to recharge his batteries, or because of bringing in a fresh batch of musicians who are mostly new to this format, this is the definition of symphonic power metal pay dirt. It incorporates all of the best elements of his more recent projects under the Frontiers Records brand, most particularly his ongoing practice of taking things a bit slower and often utilizing a female voice, with the signature blend of technical and speed-based power metal that originally put his name of the metal map. Though it is by no means a competition in any official capacity, Tolkki has thrown down an impressive gauntlet to his former band, it’ll be interesting to see how Stratovarius will match this.

After more than a decade in the proverbial wilderness, one of power metal’s elder prophets rediscovers his foundational doctrines and sets course for the highest mountain’s peak to declare his triumphant return