The riffs belong to them.

It is said that imitation is the greatest form of flattery, but some of the growing crop of recently formed heavy metal acts paying homage to the mighty King Diamond in both his solo work and with Mercyful Fate are treading upon fairly unique territory in relation to the originals. Perhaps the most unique of these outfits to pay homage to the king is the American and Teutonic alliance dubbed Them, taking their name from the famed 3rd solo album of King Diamond and featuring a continuous storybook conceptual framework that bears some resemblance to the aforementioned album and its 1989 sequel “Conspiracy”. Originally conceived as a tribute band in 2008 by New York thrash metal outfit Coldsteel front man Troy Norr, the band originally folded in 2011 so that said 80s thrash outfit could have a go at riding the thrash revival wave in the early 2010s, but would reform as a wholly original and highly theatrical successor to the King Diamond legacy, beginning an impressive studio output that has now culminated in a veritable audio book trilogy.

Though employing a full time keyboardist and showcasing a lead vocalist with a makeup job that’s arguably twice as elaborate as King Diamond’s recent getup, this outfit is one that is notably heavier and more riff-centric than its object of emulation, to the point of morphing into a quasi-thrash metal sound. Much of this likely owes to Norr’s own history with the New York thrash scene, though one would be remiss to discount Symphony X’s own Mike LePond’s past association with the project in shaping things into a heavier overall template, let alone current drummer Angel Cotte’s ongoing stint with Demolition Hammer. The battery of the rhythm section provided by Cotte and current bassist Alexander Palma is notably formidable, though the usually dense atmosphere of harmonized vocals and keyboard accompaniment is adorned with a truly wicked guitar display out of the duo of Markus Ullrich and Markus Johansson that thuds with the modernized body of Jeff Loomis and Michael Romeo, while the lead guitar display is a bit more comparable to said players than that of Andy LaRocque.

As the third and final installment of this horror-based conceptual excursion, 2020’s “Return To Hemmersmoor” brings things to an end on a decidedly intense note. Following a vividly performed cinematic prelude “Diluvium”, featuring dialogue between the protagonist and his trusty, Igor-like associate on their scheme to employ a dark ritual to resurrect the former’s deceased wife and daughter (after thwarting a witch trial no less), this heavy thrashing beast lets off a mighty metallic roar before ushering the first full length song. The compact crusher “Age Of Ascension” blurs the lines between Mercyful Fate’s olden speed metal flair with a more percussive, modern thrashing assault that finds vocalist Troy Norr channeling multiple personas, often employing the signature King Diamond falsetto sparingly and as more of a gang chorus device while largely sticking to a more rugged and traditional tenor-ranged roar. The similarly shorter and swifter anthems “The Tumultuous Voyage To Hemmersmoor” and “Hellhounds: The Harbingers Of Death” showcase occasional power metal flourishes when the guitars take over the reins completely. 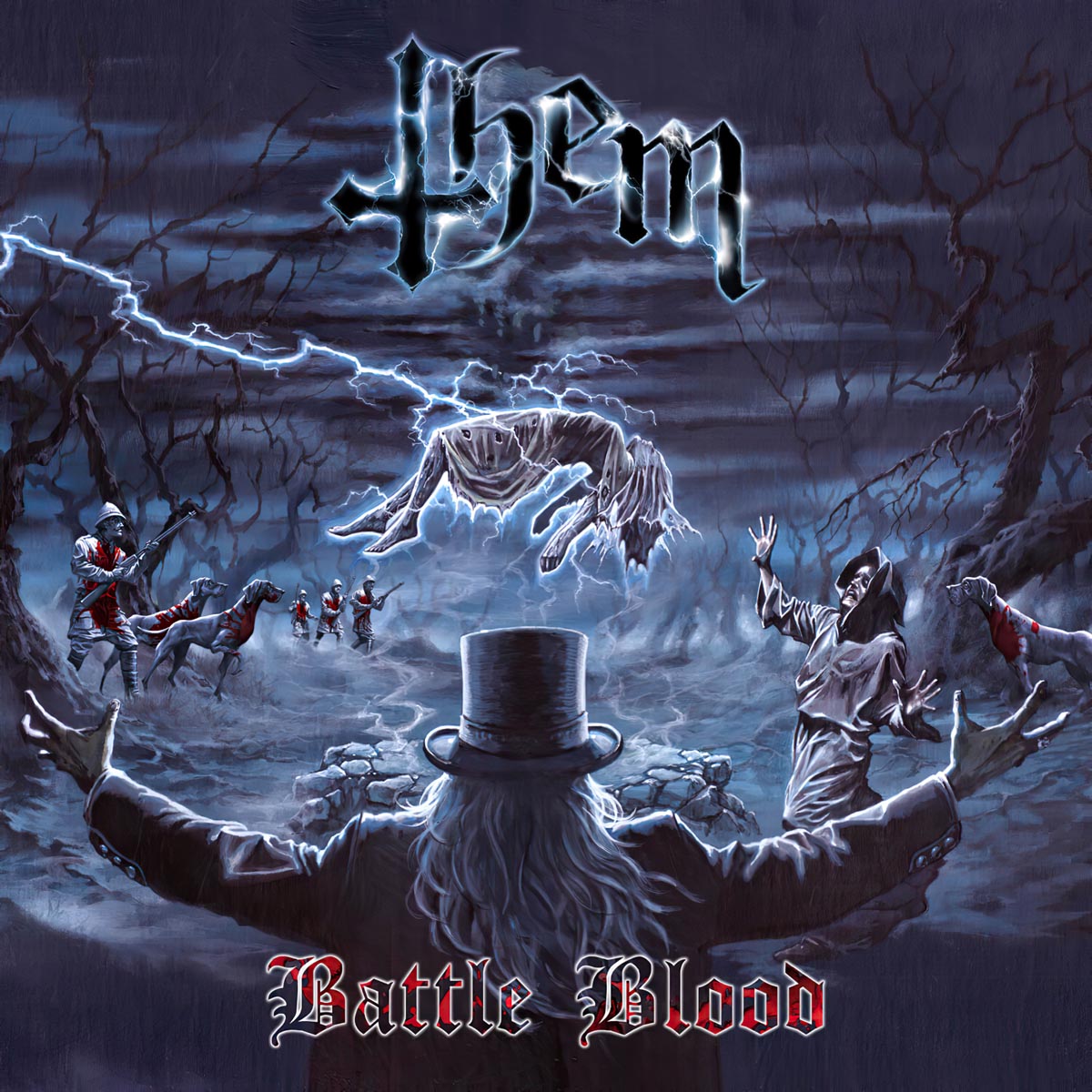 While this album definitely excels at bringing the auditory mayhem at a quick pace, the more involved compositional devices at work in the longer and more nuanced offerings on here is even more enthralling. The fist-pumping, mid-paced and highly infectious anthem “Free” has arguably the most memorable chorus hook of anything occurring on here and is respectable elaborate and effectively showcases the band’s thrash affinities within a more melodic context. The mystical eastern flourishes of “Field Of Immortality” sees the auditory setting being painted with a truly vivid brush, to the point of almost crossing into the power/progressive territory of Symphony X. Likewise, the shred-happy guitar devices that weave in and out of the dark thrashing madness of “Waken” often veers into progressive territory, particularly when taking things into slower and more groovy territory. But things are usually at their best during the closing moments of a storybook album, and “Maestro’s Last Stand” as an unsettling ending to a twisted tale is ushered in by an intense thrashing extravaganza with heavy operatic elements.

This has all of the elements that a person looking for a unique twist on the music of the past can hope for, as it effectively blends the popular dark thrashing sound often heard out of the recent metalcore and progressive outfits in America with the notably northern European theatricality that many bands east of the Atlantic such as Portrait and the now defunct In Solitude imported directly from Mercyful Fate. It arguably provides a rare bridge between the still ongoing thrash and traditional heavy metal revivals that continue to see new bands paying tribute to the greats of the 1980s while not really sounding like a full-on throwback to where metal was 35 years ago. At this juncture it is unclear whether this album will simply mark the end of this band’s first epic tale or if it will prove to be the culmination of the entire project, but most with an ear to the old ways should hope for the former as this is a solid, involved fit of metallic storytelling that will refuse to get old, even after multiple back to back listens.

Theatricality has always been a staple of any project drawing inspiration from King Diamond, but for their third round at paying tribute to the original, this American disciple group continues their unique approach by placing a greater emphasis on thrashing riff work and a more straightforward vocal proposal