Drenched in synth and sin, The Lion’s Daughter come roaring out of the success of their third album “Future Cult” and straight into the spotlight with the salacious stupor of “Skin Show.” Having first made their footing in the underbelly of blackened sludge, The Lion’s Daughter now douse their sound in neon lights and the illusion of pop-infused simplicity for a unique sonic proposition. With an exceptional balance between metallic fury and the tantalizing hooks of synth, the trio’s latest opus is a testament to creative evolution and the open embrace of risk, one which has certainly paid off.

After beginning their career with debut album “Shame On Us All” in 2012, it seems “Skin Show” is a natural evolution in the band’s ever-expanding discography. This latest installment turns up the heat both in production value and in ambition, stretching beyond the relatively safe introduction of electronic elements in “Future Cult.” With voracious spirit and fearlessness, The Lion’s Daughter has produced a work of art that spits in the face of stagnation, pushing on towards the upper reaches of their potential without looking back.

It is the treatment of synths on this record that lead The Lion’s Daughter to stand further apart from the crowd than ever before. Despite their roots in pure extremity, the electronic tones in “Skin Show” slide from somber to radiant as they take on a life of their own. Despite the variety of stylistic approaches, the synths don’t feel out of place among howling vocals and a bleak, often distorted guitar. Rather they meld the atmosphere from metal’s bleeding edge with something brighter, crafting a record full of intrigue and originality. There is a more pop-oriented structure underlying the album’s construction, showcased in the infectious melody of “Become the Night” and the crackling splendor of title track “Skin Show.” Bright choruses and an insatiable pursuit of speed would make much of “Skin Show” fit for the radio if not for its sinister undercurrent, and it is this dynamic which makes the album so irresistible. 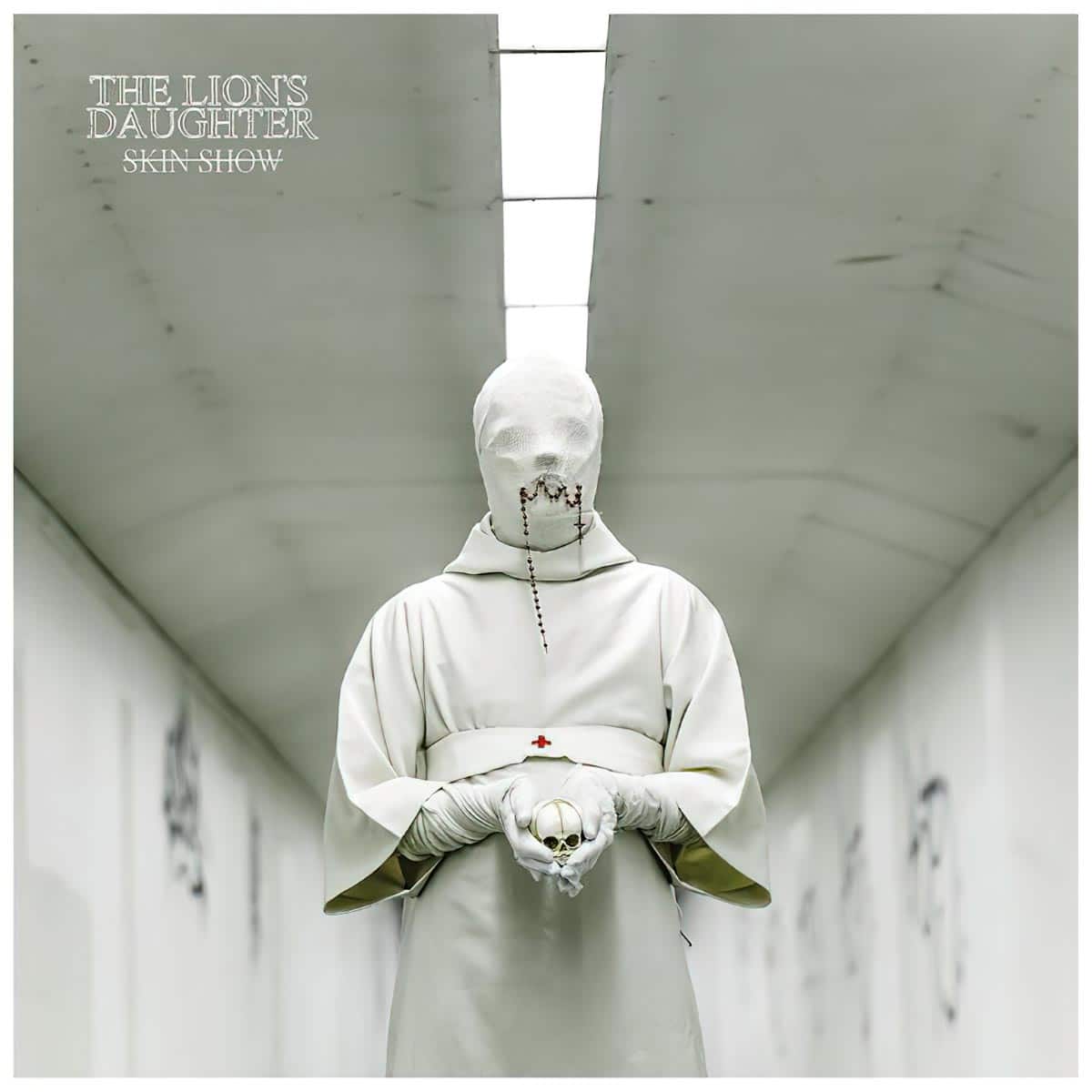 Despite their foray into science fiction atmospherics and electronic mystery, The Lion’s Daughter remain true to their roots in all things extreme. “The Chemist” is a tantalizing exploration of blackened sludge, leaning into a delightfully lethargic tempo, backed by guttural vocals. This impressive vocal display persists throughout the album, unfaltering even in the dazzling heights of “Dead In Dreams” and “Snakeface,” serving as the static for the crystalline production of electronic elements.  “Werewolf Hospital” captures the anguish and rage of a seething beast, rapid-fire drums urging on one of the album’s most explosive choruses. “Skin Show” retains the rough edges which first attracted its earlier fans while carefully sculpting their present identity, and in doing so settle themselves comfortably in a niche which blends their talents in setting a haunting mood while still turning up the heat.

The musicianship on display in “Skin Show” makes each subsequent listen even more enjoyable. From the patience of deep bass tones in “All Hell Is Mine” through the smooth transitions in “Neon Teeth,” every member of the trio makes their prowess apparent without unnecessary showboating. Beyond musicianship alone, the songwriting which gives “Skin Show” its structure leaves no element to neglect. The pacing throughout the album is balanced with an expert hand, going from the roaring fury of “Werewolf Hospital” to the more melancholic “Snakeface” with just enough momentum to keep the listener in its grasp. When all the elements come together, The Lion’s Daughter has offered a package deal with no visible weakness and crisp production to further elevate its charm. Get ready to put “Skin Show” on repeat and lose oneself in its intrigue.

The Lion's Daughter have upped the game with the brilliance on display in "Skin Show," offering listeners a seamless blend between sinister synths and metal's unrelenting edge. A must-listen for the sonically adventurous.