“Do You Feel Better” kicks things off. A mellotron swirls in, with a spoken voice entering on top, followed by a semi-psychedelic pop shuffle.  Jeff Lynne would have been proud to come up with this one, either for The Electric Light Orchestra or, even moreso, The Move.  There are touches of The Beatles (with Lynne’s influence, that’s a given).  And there are many more sounds that feel familiar but you just can’t quite place them.  It’s a good start.

Then it’s on to “Sovereignty Blues,” a bit of a stomper with the kick drum really driving things.  The morning paper and evening news are covering the latest protests and wars.  But they’ve never been presented quite this way, with a quiet section interspersed with jaunty pacing and a wall of sound—maybe we’re supposed to scale that barrier to reach our sovereignty?  This one, too, has some ELO flourishes to it (hey, you can get much worse influences than that).  But I also hear a bit of Sagittarius, a late ‘60s studio collective that cloned The Beatles and The Beach Boys and a lot of other groups (and their lead singer was Glenn Campbell).  It’s a great song—and if nothing else, it just gave me a chance to plug Sagittarius.

Up next — “The Dream That Took Me Over.”  It starts off a bit spacy before heading into Roxy Music territory with a “Love is the Drug” beat and bass (without the Bryan Ferry vocals).  The boys in the band say this one is a “drive down the highway with the top down) kind of song.  This is as close to a ballad as The Lickerish Quartet gets, and it has a moving beauty to it.  Where you’re headed, I don’t know—but who cares if this one is playing on the audio.

“Snollygoster Goon” closes out this section.  This is the rocker, up tempo, almost out of control, with great guitars and keyboards.  The band says it’s about greed, corruption, snake oil salesmen and the like.  They work fast (the tune clocks in at 3:16).  And again, you can just pick out influences (if you can keep up with them)—ELO, The Beatles, The Beach Boys, even The Raspberries.  Oh, and even a bit more of Sagittarius (unbelievable!  Two mentions of that obscure band in one review).  Let’s just say it’s frenetic fun.  Oh, and if you play this one in the car while driving down a lonesome highway, you will get picked up for speeding.  I guarantee it.  Not that I have any experience with that… 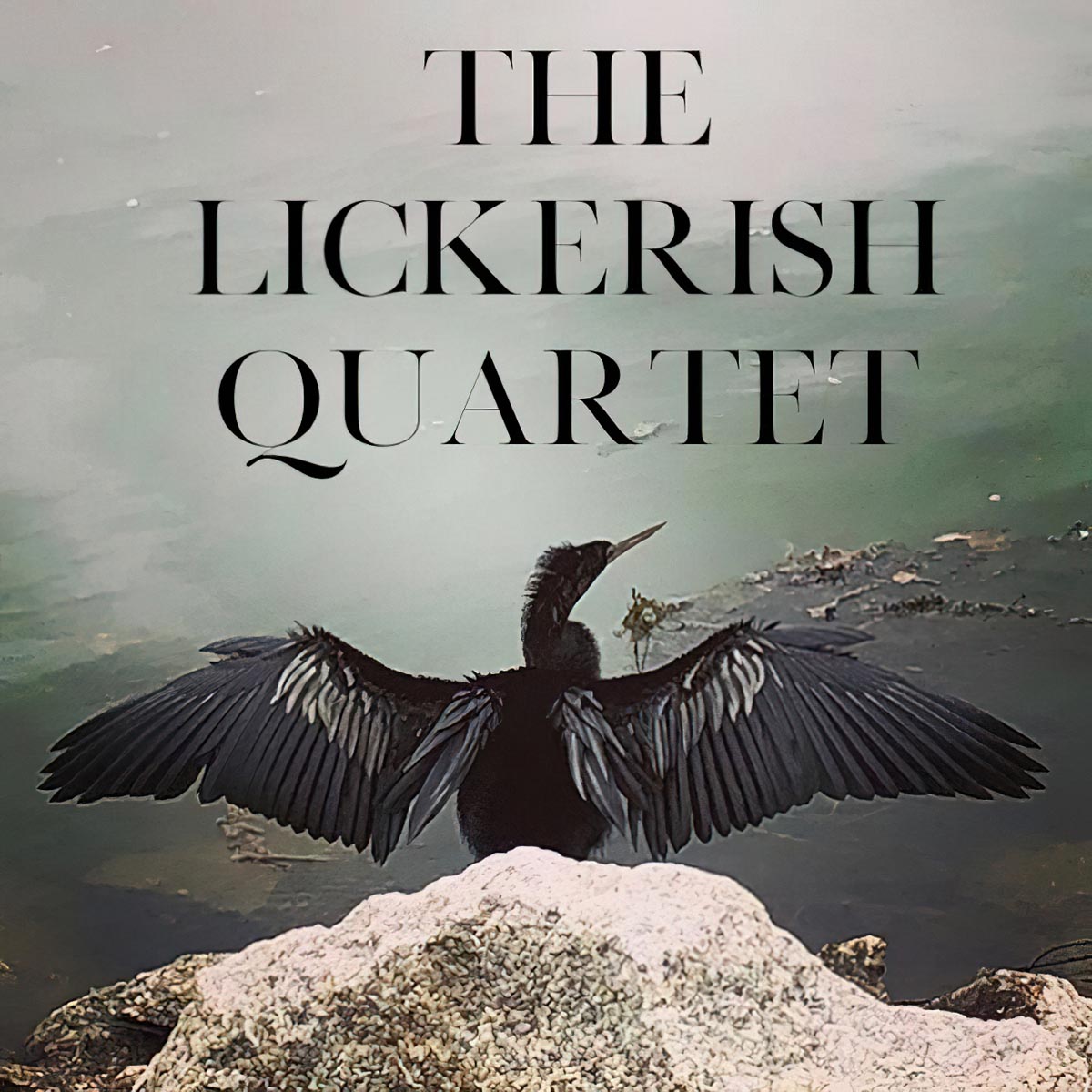 And this is just the first half of the EP.  Well, in terms of content and time.

The main difference between “Vol. 1” and “Vol.2”: the latter includes a repeat of the four songs with the vocals wiped off.  It’s an interesting thought.  And it does showcase the musicianship of these guys (and they are great).  But…why?  Were they looking to fill up some space?  Trying to give listeners more bang for the buck?  One of the beauties of Pop Rock—and thus of The Lickerish Quartet—is the vocal harmonies.  The voices help define the band and the songs.  They not only express emotions (even sillier ones), but they are an important foundation for the wall of sound.  If I tune in to hear Mssrs. Manning, Dover, and Smith, I do it with the expectations that the voices will be instruments of their own.  They’ll effortlessly float through the air, carrying melody and harmony.  I’ll be enticed to sing along (no, I won’t foist that on your poor ears).

As I said, it’s an interesting concept.  But one listen to each of the instrumentals satisfied my curiosity and Pop Rock jones.  I’ve listened to the singing tracks many times.