There seems to come a point in every artist’s career where they make the choice to bend or break under the weight of increasing ambition. They must either bend current projects to their latest creative whims, or break away in search of new grounds to whet their artistic appetites. One of progressive metal’s most prolific and long-standing voices, Tom Englund, has called Evergrey’s four walls his home for more than two decades. Aside from brief forays as a sought-after guest in projects such as Ayreon, listeners were privileged to hear Englund grow and change across Evergrey’s many seasons. However, in 2017 Englund stepped up to replace Redemption vocalist Ray Alder, marking the beginning of changing tides. After finding additional creative chemistry with keyboard player Vikram Shankar, the duo embarked on a project of cinematic proportions, later dubbed Silent Skies.

Silent Skies have created a sound that is pure poetry, lifting off the page and wrapping around the listener with a gentle glow, flickering in the nascent warmth of candlelight. The lingering sweetness of Shankar’s piano covers lyrical pain and anguish like waves lapping at a shore of solitude, leaving sea-foam streaks of loss in its place. Their debut album “Satellites” reaches deep into hurt that once lay buried, the hurt that was supposed to have been left behind, leaving the heart’s old wounds raw once again. It dredges up whispers of pain that linger as ghosts, their spirit dissipating into the smooth intonations of Englund’s melodic voice. This is tenderness that is both an embrace and isolation, with the duet standing strong against a setting sun of personal struggles in their interwoven melodies. Opening track “Horizons” takes tentative steps forward, beckoning the listener forward with an outstretched hands, before plunging deep into the full weight of despair beneath a promised heaven. This contrast between dark clouds and the vibrancy of a setting sun are further demonstrated in the evocative “Oceans,” which sets a darker tone despite not taking great divergences in tempo. “Satellites” does not suffer from a moment of mediocracy nor monotony, and though its colors are those of muted pastels and grey, they shine beneath varied songwriting and dynamic shifts in atmosphere. The whole of the album proceeds as a journey through the peaks and valleys of the self, flowing in a natural story portrayed both lyrically and musically.

Where Shankar has shone in personal projects for nearly a decade, and alongside Redemption for the better part of two years, Silent Skies is truly the opportunity for his light and grace to take center stage. Though normally it would be difficult to gain any ground against a vocal powerhouse as enchanting as Englund, the balance between the haunting instrumentals and vocal intensity walks a delicate line where listeners are treated to the best of both worlds. With versatile skills across production and keys, the authenticity of a grand piano allows the heights of “Walls” to swell with passion and expand skywards. The starkness in “Solitude” lets each tiptoeing melody sparkle like stars against the indigo of the night sky, reminding one of dreams that hang just out of reach. Each note is placed with the utmost intention and deliberation in building the cinematic atmosphere of the album, providing a true showcase of each respective artist’s skills in songwriting and composition. The careful placement of additional strings in “Solitude” allows for an even fuller sound without overshadowing the primary duo. 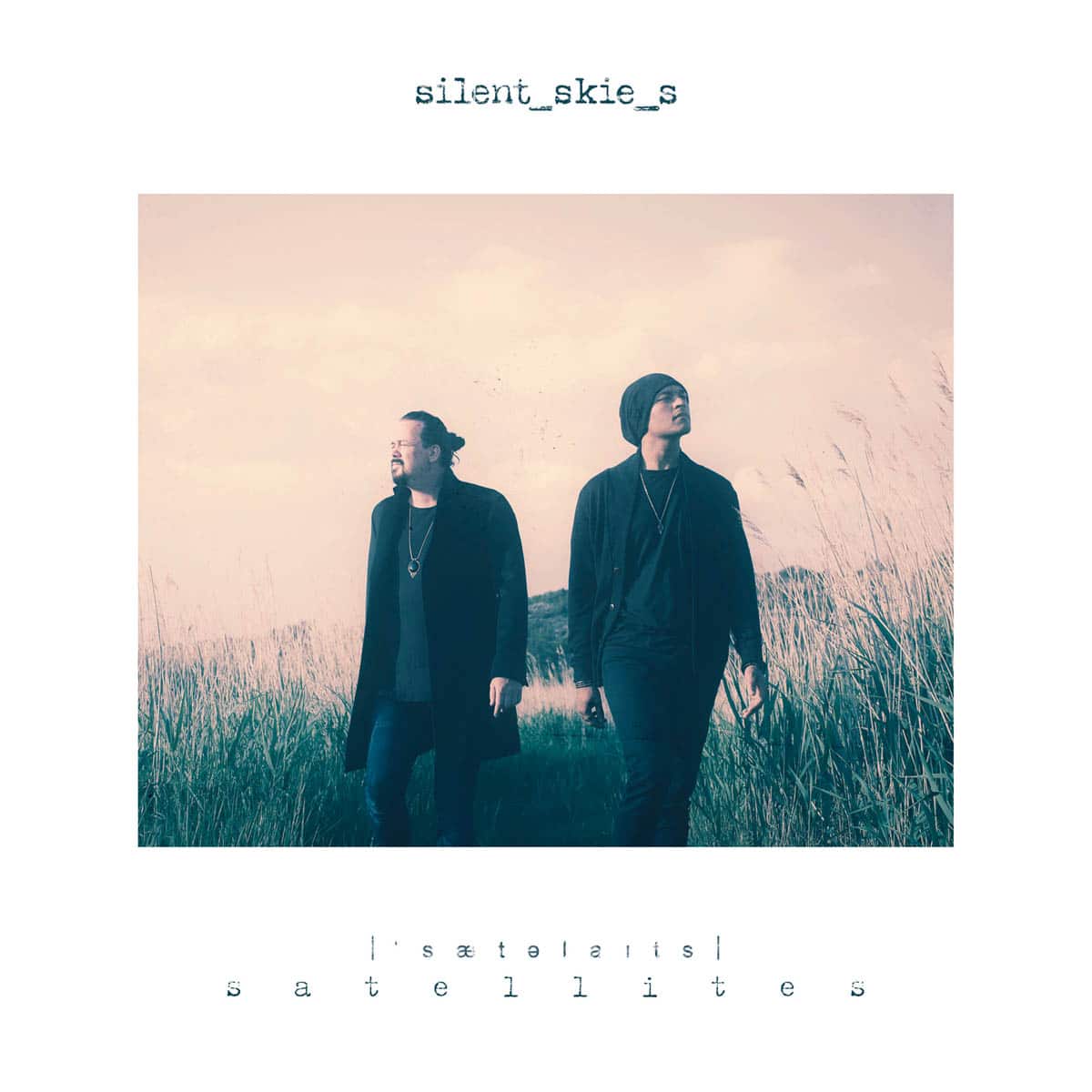 It is unfair to judge an album solely based on its artist’s primary creative ventures, particularly when weighing a debut against an act as prolific as Evergrey. Yet from the opening notes of “Horizon” through the stunning cover of “Distance,” it is impossible to separate Englund’s soul from the entirety of his art. Just as with Evergrey, Silent Skies digs deeply into the realm of personal anguish, though “Satellites” appears as an uncanny mirror of “The Storm Within.” It mirrors the album so acutely that one may be left to wonder if this was what “The Storm Within” was always meant to be – a story of wading gently through the broken glass of loss, letting tears fall with as much dignity as they may. Shankar gives “Distance” new life, one that seems more appropriate for its message and Englund’s heartfelt delivery. “Distance” was the very song which allowed Shankar and Englund to first cross paths, and no amount of lauding can do this cover of “Distance” any true justice. This is “Distance” once the violent storm has passed, leaving grey puddles under grey skies and a piano as a paintbrush in its wake.

“Dreams” enthralls from the opening melody, pulling listeners in with a sense of subtle haste, followed shortly by a gentle pleading that erupts like a desperate hymn to uncaring heavens. A sense of introspection blossoms as the first verse flows as sweet as honey, perhaps one of the most stark demonstrations of Englund’s majesty. Silent Skies is custom-built for his range, from choruses that soar with memorable lyricism through hushed verses. This is perhaps the most impactful track on the album,  for “Dreams” imbues more urgent emotions and intensity without ever diverging from the soft caress of piano melodies, a harmony which can only be attributed to Shankar‘s expertise. “Here Comes the Rain Again” is a stunning display of just how there is no need for aggression to invite attention, its rhythmic repetition perfect to linger in the back of a listener’s mind for hours after the album comes to its close.

“Satellites” is pure beauty and splendor, and Silent Skies harnesses the dazzling rays of sun rising on a broken human heart. It is an album that is rich in spirit yet delicate in its proceeding, flowing effortlessly between tracks like gossamer from a spider’s web catching dew. The careful use of motifs throughout give a sense of completion, even when balancing the impact of two covers in the tracklist. Showing the potential of their experiences and creative similarities, Silent Skies is bringing a close to the year with a sort of grace that some artists may only dream of achieving. Sink beneath the waves of “Satellites” and emerge reborn, for this is an album that does not deserve to be overlooked as winter descends.

Exquisite in its splendor, the majesty of Silent Skies' debut album "Satellites" cannot be overstated. A creative project between two talented artists has grown beyond the sum of its parts for a final product overflowing with grace and beauty.