Despite the rumors in the online “critical world” of the 2000s retro-thrash revival being D.O.A. for the better part of a decade, a number of those same bands or newer spin-offs thereof, continue to put out savage offerings with little sign of slowing down. Though often overshadowed by the massive output of nations such as Brazil, Italy, Germany, and even Spain of late, those beloved European islanders known as Britons have managed a respectable showing over the past decade to keep the British end up. Perhaps their premier attraction, at least in terms of longevity and total output, has been that of Savage Messiah, who forged a different path from the Metallica-obsessed Evile and the Anthrax-infused, fun-loving Gama Bomb types and drew from the more nuanced of niches within the thrash metal spectrum that was originally the stock and trade of melodically tinged and more traditionally minds outfits such as former Jason Newsted springboard act turned formidable power thrashers Flotsam And Jetsam and their war-like Oakland cousins Laaz Rockit.

Though the story of Savage Messiah seemingly began with an out of nowhere debut EP that listened like an LP in 2007 dubbed Spitting Venom, the same year the band formed no less, a little additional research reveals a genius behind the scenes in Dave Silver who has been toiling since 2001, long before thrash had become fashionable again. Now a certified veteran of nearly two decades, he presents a high nuanced continuation of his project’s melodic, almost sub-genre hopping at times, music with a firm grasp of how the scene has been developing throughout the 2010s. In somewhat similar approach to the breakout American power thrashing beast that is Paladin, Silver and company have taken a few pointers from the current melodic death metal scene to complement their past-conscious, yet otherwise very modern sound, though in Savage Messiah’s case this manifests more as a musical device where certain riffs sound akin to melo-death, while the mixed clean/harsh vocal paradigm is avoided here in favor of an occasionally gritty but largely clean approach.

No subject proves to be off-limits wherein this outfit is concerned, and the topics accompanying the stylistic trifecta of power metal melody, thrash-happy riffs and melo-death inspired edge range from present concerns to subjects that predate the band’s existence. A fair share of these relevant real world and fictitious excursions come at full speed Bay Area style, such as the crushing opener and critique of present day PC culture “Virtue Signal”, which tows the high-impact line associated with Exodus and Death Angel while also introducing a slight metalcore gloss into the equation. More thudding and punchy speeders such as “Under No Illusions” and “The Bitter Truth” take on a similar, though slightly less blinding approach to emulating modern Exodus with a side order of Mystic Prophecy and Brainstorm-styled melodic hooks and bombastic choruses, while “Rise Then Fall” represents the closest this outfit veers into a full on emulation of current Bay Area thrashing goodness with a more pummeling set of riff work and a slightly less syrupy edge in the melodic department. 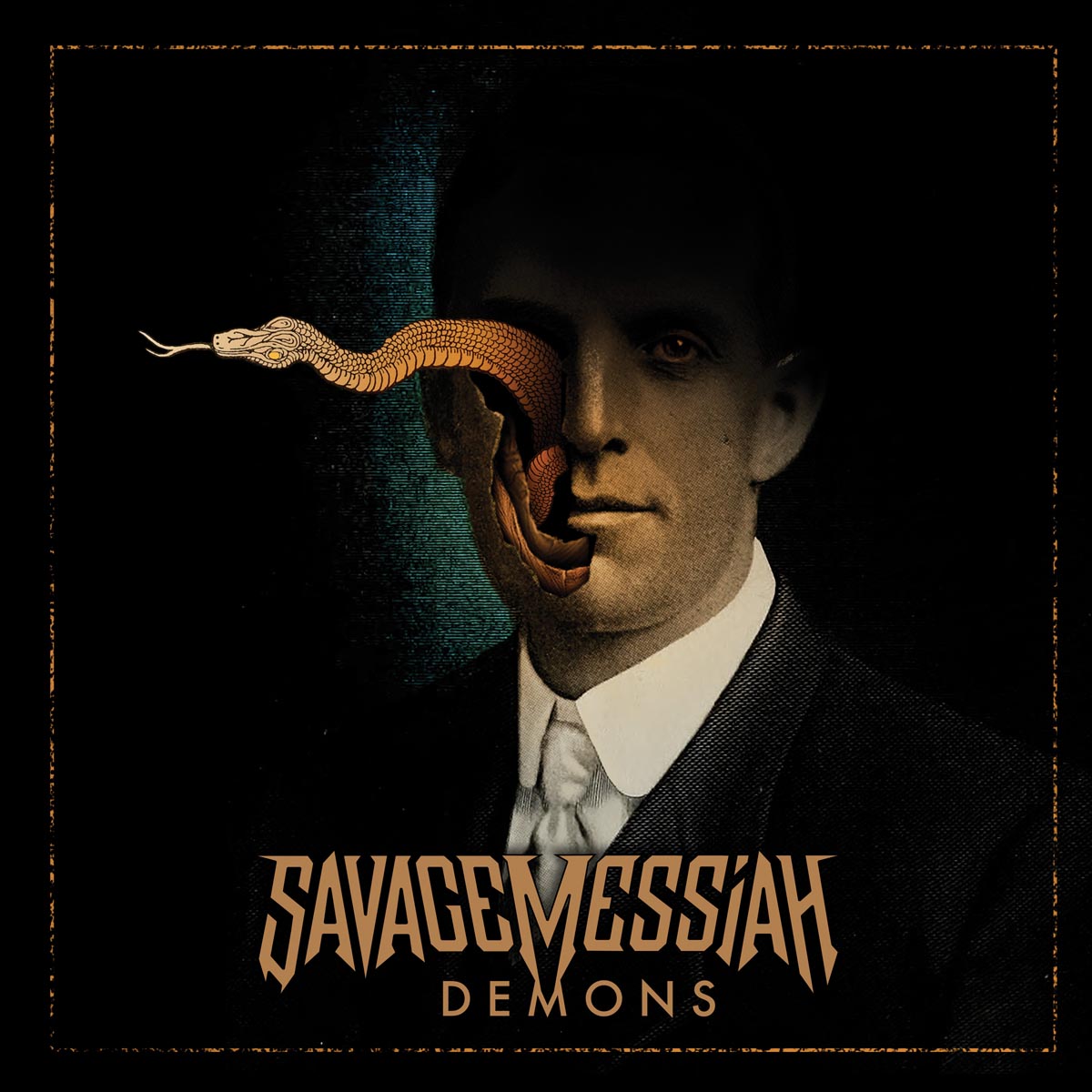 As noted previously, the lyrical subjects covered by this outfit are a bit varied, not to mention a bit more polished and witty than a typical pizza thrash affair. Often times the relevant yet somewhat mundane real world of socio-political commentary gives way to a more fictitious rendering of philosophical dissent that borders on Dystopia fantasy, such as the more mid-paced crusher and melodic ode to a man against society in “Heretic In The Modern World”, while the more coasting, semi-ballad power anthems “Parachute” and “Until The Shadows Fall” cover a more confessional, personal flavor of commentary that comes off as a somewhat less lofty and gimmicky interpretation of modern power metal acts like Nocturnal Rites and Persuader might put forth. Yet when all is said and done, the true moment of brilliance laced with poignant emotion is the almost In Flames-inspired semi-ballad and ode to the famed late 90s Robin Williams film of the same name “What Dreams May Come”, spearheaded by one of the most passionate and multifaceted vocal displays out of Dave Silver to date.

Though perhaps not as heavily an explored niche as the more prevalent straight-line thrashing of the Italian scene, let alone the still booming extreme thrash craze coming out of Brazil, Germany and a few other relevant scenes; Savage Messiah is definitely staking an auspicious claim in a hybrid style that is starting to become a bit more competitive of late. They’ve largely avoided to overt Iron Maiden-tinged flavor of Iced Earth while still borrowing fairly heavily from the harmonic richness of their NWOBHM influences, and they don’t take things quite to the high-impact place that Paladin staked out a bit earlier this year, but their handiwork on Demons is definitely an attention-commanding affair that will play quite well to fans of both bands, as well as the broader audiences that follow the more speed metal-infused German power metal sound and the more melodic strains of thrash metal out there, not to mention giving a number of technically geared bands a good run for their money. Come for the catchy melodies and hard-hitting guitar work, but stay for the solid and insightful lyrical storytelling

One of the most interesting players in the British thrash metal revival returns for another round of melodically-tinged neck ruination, blurring the lines between power and thrash after the mold of Flotsam And Jetsam and Laaz Rockit to a solid result