Though now considered a bygone era to a generation that has seen the resurgence of denim vested madmen riffing out at breakneck speeds in tribute to the past, the days of late 80s thrash metal are still fresh in the mind of this aging latter day Gen X trustee. It was particularly marked as a period where the style began to shed its early fascination with the occult, horror and the sort of violence-driven lyrical pursuits that would become the staples of death metal for a sonically safer and lyrically comical and/or socially aware approach. Largely fueled by the accessible and streamlined character of Anthrax’s State Of Euphoria, Testament’s Practice What You Preach and Nuclear Assault’s Handle With Care, this was an era that was dubbed as the one where thrash metal started becoming mature. While opinions varied on whether this was a good thing for a style that was originally the most extreme end of the metal spectrum, the commercial viability that resulted saw most of the scene following suit.

It is into this context that the Arizona-based thrashing machine that was Sacred Reich discovered what many of their fans dub their signature sound, embodied in such politically charged and occasionally tongue-in-cheek albums such as Surf Nicaragua and The American Way. They found themselves often compared to Metallica due to vocalist/bassist Phil Rind having a similar tinge to his gruff shouts as James Hetfield, but musically they were a fairly different beast, originally exploring slightly more aggressive and dark territory on their 1987 debut Ignorance and then pivoting into a sound comparably lighter and more mainline relative to the 80s output of the style’s aforementioned pioneering act. The changing trends in metal as the 1990s folded proved a bit less favorable to their prospects, resulting in a couple of lackluster studio offerings prior to folding tent for a time. But with old school thrash metal now riding on a more than decade long resurgence, the time is ripe for this long absent fold of riff happy ideologues to speak their piece yet again.

Awakening, Sacred Reich’s long awaited 5th studio LP, is a rather curious affair in thrash revivalism that defies a number of current conventions. In direct contrast to the vast majority of older bands that have been more prolific, it is a less modernized, less exaggerated take on modernity that sports a sound less like the towering mammoth that has been Exodus’ or Testament’s output over the past 15 years and more like the lighter, greyer sound the dominated the style in the early 1990s. Musically it trends more towards the rugged, working class simplicity that was this band’s staple during their formative years, yet lacking the overt violence of their debut or the punk-like comical character of Surf Nicaragua. In essence, it goes the route of picking things up where the band left off prior to the groove metal craze, and the quality of the performance of all persons involved, but particularly the vocal work of Rind, showcases a band that seems to have scarcely aged a day over the past 23 years since they were in the studio. 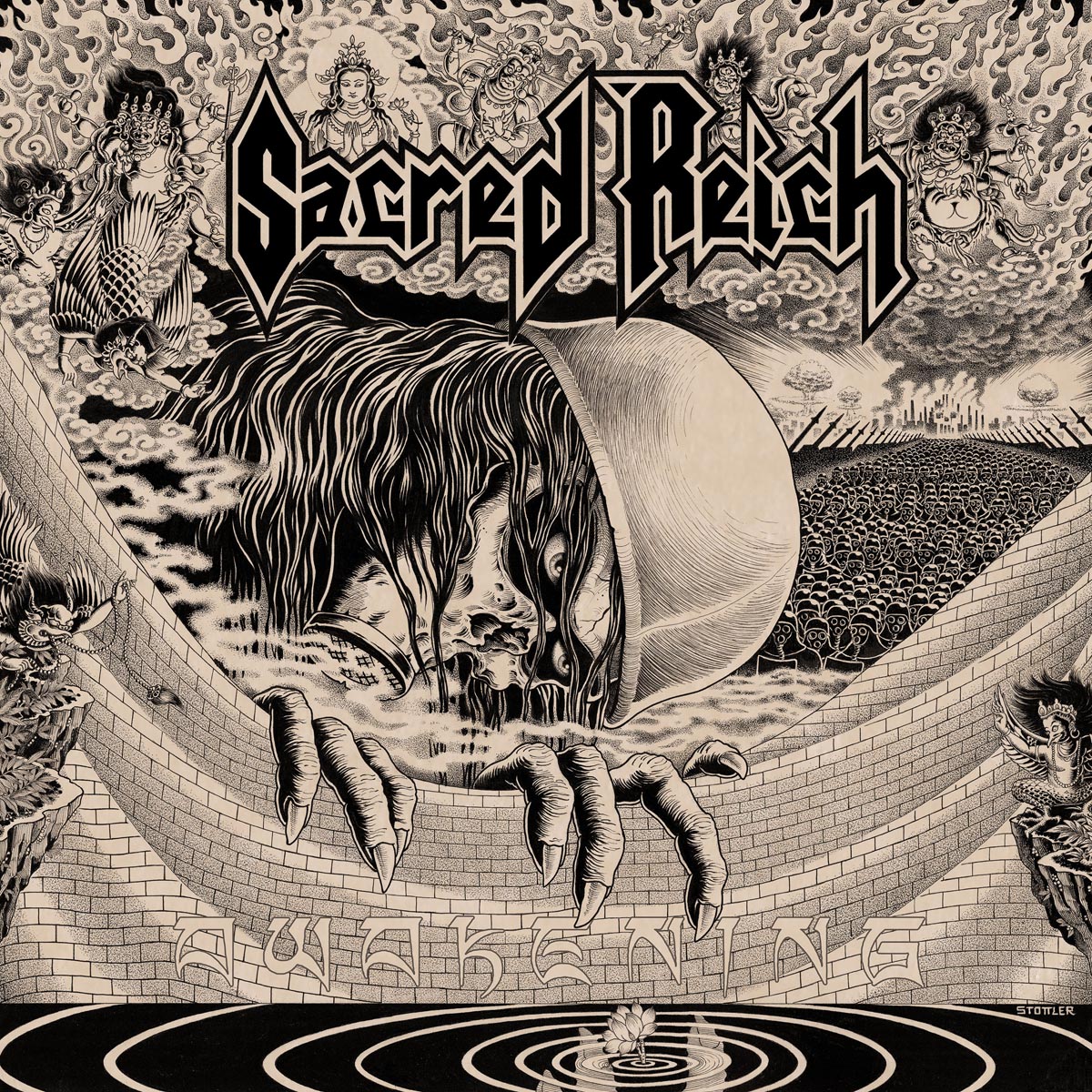 The resulting set of songs that emerges from this measured approach of having one foot in the past and one in the present are mostly high on impact, but also measured and well-rounded, avoiding a number of the excesses that tend to go on both the revivalist and modern sides respectively. Vertebrae-crushing anthems such as “Manifest Reality”, “Divide & Conquer” and the somewhat more punk-infused “Revolution” showcase a band that doesn’t skip up on the speed and fury, all the while still keeping to a very basic structure. A few more mid-paced anthems found on here throw in the occasional curve-ball, such as the military snare beat that kicks off “Killing Machine” (arguably one of the most intense and versatile vocal performance Rind has every mustered) and an almost tribal-like drum intro to the shuffling slayer “Salvation”. Barring the exceptions of the more groove/rocking and melodic offerings “Something To Believe” and “Death Valley”, both which listen like slightly improved versions of songs that graced their 1993 mixed bag Independent, it’s all thrash, all the time.

Old time fans of this band will definitely find a winner in this admittedly short but very satisfying offering, as it checks all of the needed boxes that made their earlier days distinct, and also a few needed ones to keep it from being a full on throwback. Although only half of the fold that made up their 80s incarnation has endured as contributors here, this is the full package that embodies most of the best elements that made up their 1988-1990 era, while playing down a lot of the awkward comedy that they never could get right in the old days even when trying to directly ape what Nuclear Assault was doing. They aren’t the most evil sounding act to claw their way out of the mid-1980s, nor are they the sort of fun-loving, pizza and beer party band here that they were in the past (and arguably help to popularize among today’s younger thrash acts), but they thrash it up within their own brand of distinctiveness where solid execution and infectious hooks make for a formidable 3rd way in a still raging scene.

Following a period of studio silence comparable to the plotline of an American tall tale, one of 80s thrash’s iconic acts returns to deliver the goods in a manner not heard since the days of 30 years past