It might seem counterintuitive, but while folk music stands as one of the most straightforward and stylistically limited genres in existence, its uglier metal cousin is anything but that. Whether it is the heroic, power metal and melodic death-infused variant popularized by Ensiferum, or the gimmicky and festive romps of Korpiklaani and Finntroll, it seems that the only firm rule in place is that some folksy tune be thrown into the mix, preferably by an instrument associated with the same vernacular region to which the tune conforms. Yet even within this broad array of bands that have been making waves since the early 2000s with their own respective takes on the style, the overall sub-genre has developed its own conventional nature that even the more progressive outfits like Tyr fail to avoid. But leave it to a group from Canada to throw existing practices for a loop, which is basically the stock and trade of Protokult, a quintet from Toronto sporting one of the most unique sounds heard since Skyclad and a few others first pioneered the hybrid of folk music and heavy metal.

Having made some impressive waves with their somewhat comically titled sophomore LP “No Beer In Heaven” back in 2014, the birth of a new decade has seen this fold pushing the envelope further on their 3rd outing dubbed “Transcending The Ruins.” In what can be described as one of the more eclectic offerings to come out of the metal scene in the past few years, this album effectively runs the gamut of just about every existing sub-genre within the metal paradigm short of funeral doom and grindcore, assimilating it into an epic auditory excursion that clocks in at an impressive 69 minutes. Even the famed beauty and the beast vocal foil approach first popularized by Theater Of Tragedy back in the 1990s finds an effective emulation between the smooth angelic sounds of Ekaterina Pyatkova (whom also provides harp and woodwind accompaniment to the arrangement) and the gravely, almost Lemmy Kilmister-sounding vocals of guitarist Martin Drozd, a combination that somewhat resembles where Ensiferum was vocally between 2009 and 2015, but is highly distinctive in every respect.

Perhaps the only aspect of this album’s character that is more intriguing than the vast array of stylistic expressions that are along for the ride is the highly unconventional songwriting approach, which carries flourishes of the epic character of Quorthon’s longer works during Bathory’s Viking metal era, as well as a very progressive one that opts for a less repetitive approach to the former. From the onset of opening anthem “Mark Of Thunder”, the parallels this album shares with the heavy-hitting, atmospheric stylings of “Hammerheart” and “Blood On Ice” are difficult to miss, particularly during the first minute and a half of exposition and buildup, while what follows is a bit swifter and closer to present folk metal practices, albeit with fancier guitar work. This riff happy approach to things doesn’t relent afterward either, as driving, longer running crushers like “Feed Your Demons” and “Rusalka” take a similarly metallic, riff-oriented approach, albeit with some nods to Ukraine’s famed Shchedryk folk chant (better known today as “The Carol Of The Bells”) thrown in for some additional flavoring. 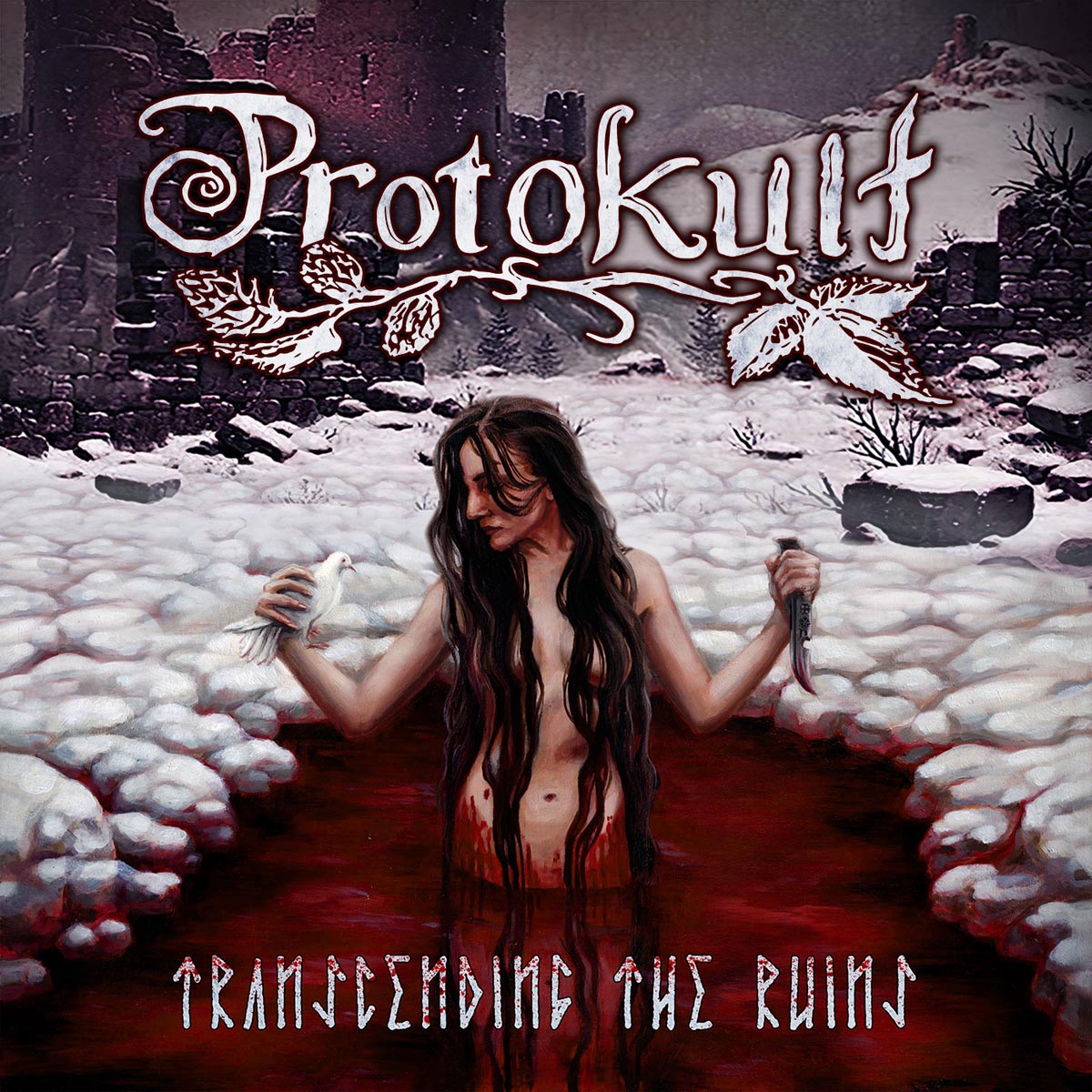 Interestingly enough, the aforementioned trio of songs represents the closest thing on here to what most would consider conventional folk metal, as the bulk of this album is all over the place stylistically speaking. The melodically pristine yet highly agitated “Valley Of Thorns” vacillates between haunting balladry and several explosions of blackened rage. On the other side of the coin is an upper-mid paced banger in “1516 (Keepers Of The Hops)” that is about as power metal-leaning as a song can get in this style, complete with guest vocalist Jesse Harvey of the old school heavy metal revival band Ammo throwing in a series of banshee wails as a counterpoint to Drozd’s throaty barks and bellows. Things get thrown for a pretty intense loop with “Wenches”, which begins with a Baroque-like harpsichord and semi-operatic intro before launching into a thrashing riff extravaganza peppered with occasional pig-squeals by Vesication vocalist Matt Hilden. And of course, no progressive endeavor of any kind would be complete without a massive compositional undertaking that unloads every trick in the band’s arsenal at the listener, in this case a 15 minutes plus colossus dubbed “Dead New World”.

Just about the only real flaw that this album carries is that it is so massive in scope and so adventurous in its exploration of the style that it will probably prove difficult for many not predisposed to progressive endeavors to process. It has its fair share of showy moments, but overall it’s more of a grower with a lot of intricacies and nuances that will be near impossible to fully catch within the confines of a single listen. Yet despite its highly ambitious character, it’s also an album that doesn’t take itself too seriously and allows for a few comical moments, often manifesting as jarring transitions between two seemingly unrelated styles of music. Few bands can really pull off the happy-go-lucky tavern anthems reserved to the likes of Korpiklaani and the moody, Gothic feel of latter day Woods Of Ypres (as heard during the extended middle section of “Dead New World”) on the same album without coming off as bizarre in the process. Then again, one person’s bizarre is another’s creative, and for those who like a band that thinks outside of the box while still producing a catchy tune, this is prime cut goodness that’ll keep its flavor after successive listens.

Adding to the already nebulous nature of the folk metal genre, this Toronto-born group of mead-guzzling Vikings take the concept of unconventional to a new level, breaking into fresh new territory within their otherwise clearly defined niche on their 3rd studio LP.