For nearly 40 years, Denmark’s Pretty Maids have been one of the most consistent hard rock bands on the planet. Sure, not every album is a perfect winner, but I’d take the odds that Pretty Maids will release a solid album out at 85%. “Undress Your Madness” follows the path of predecessors “Kingmaker” (2016), “Louder than Ever” (2014) and “Motherland” (2013), in that leans more towards the rock/hard rock rather than the heavier leaning “Pandemonium” (2010). While you author believes “Pandemonium” was the pinnacle for the band’s latter career and “Red Hot & Heavy” the best of all, “Undress Your Madness” is another praiseworthy effort.

Having been introduced to the band back in 1986 when viewing the movie “Demons” (remember the mall scene with “Night Danger” as the score?), the then Danish sextet left an instant mark on your author. A small record shop in Milford, Connecticut had the Japanese edition of “Red Hot & Heavy” in stock, and I just had to own it (still do, to this day). Though the preference for heavier, crunchier more traditional metal is pretty high, Pretty Maids has always been a hard rock band. Vocalist Ronnie Atkins (sadly, recently diagnosed with lung cancer) has such a distinct gritty style of singing that when he blended in cleaner vocals on the band’s 1987 release “Future World,” I seriously thought there were two different singers. From 1988-1997, Ronnie leaned more towards the much smoother cleaner style, though still would drift back to the grit for the more up-charged rockers. From 1999-present, that gritty style has won out more often than not.

Undress Your Madness” continues the blueprint that the band has been using for the last 6-7 years, with the concentration on producing hard rock licks and rich songwriting hooks that have made them such a success in recent years. It’s also the second full release since the departure of keyboardist Morten Sandager, who provided such a remarkable presence for the band from 2010-2014. However, the songwriting team of Atkins and guitarist Ken Hammer has been intact since the band’s inception. Add the perfect production of the brilliant Jacob Hansen and all the ingredients are present for yet another worthy album.

The album’s first single was the hard driving “Serpentine,” which pretty much sets the bar for the album’s heavier material. Other heavier tracks include the brilliant (and album favorite) “If You Want Peace (Prepare for War),” which you can look at as this album’s version of “Cielo Drive” (the song by which all newer Pretty Maids songs are judged), and the cracking “Slavedriver.” 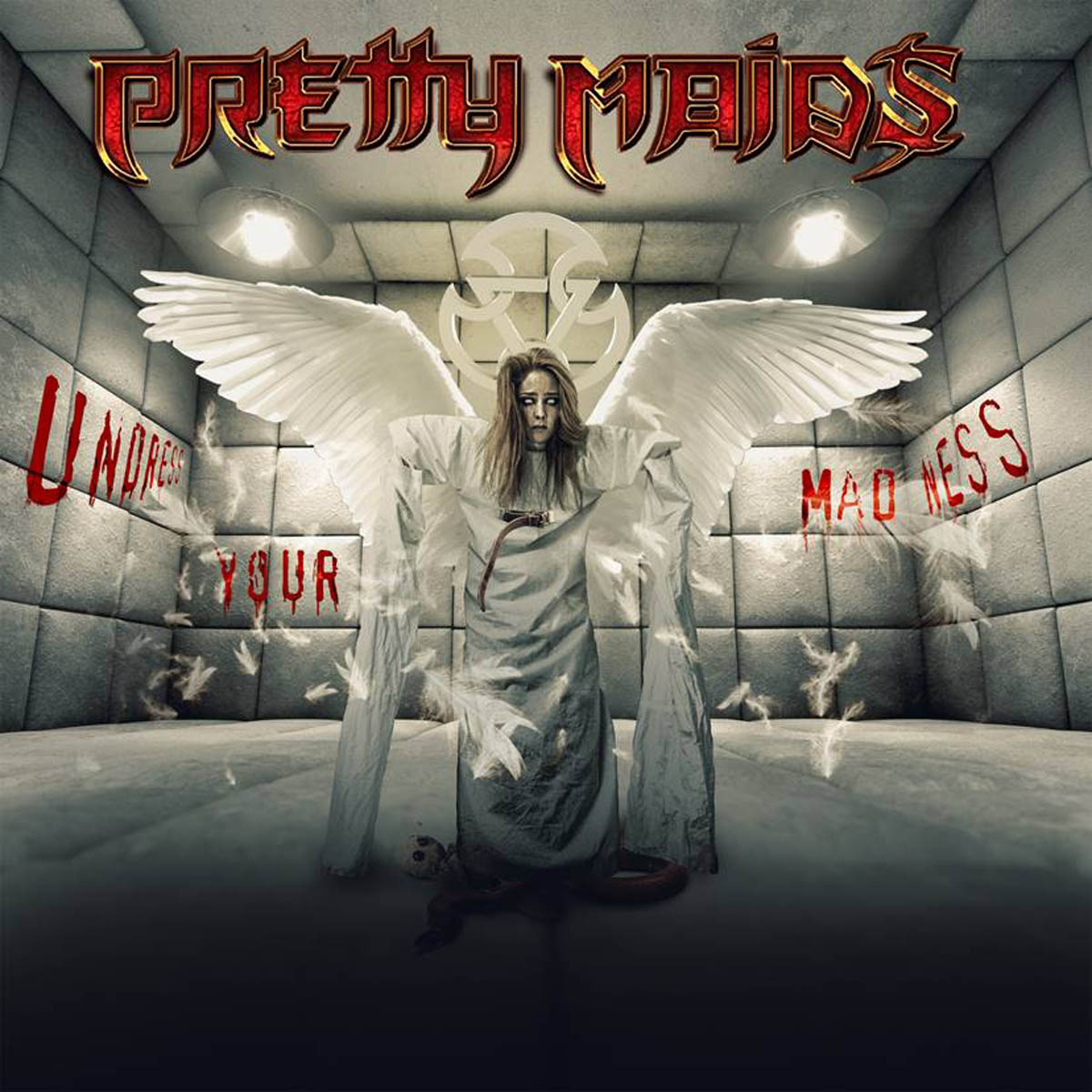 “Undress Your Madness” will not disappoint with the soulful and hook-laden chorus of “Will You Still Kiss Me (If I See You In Heaven),” the arena power rock hits “Shadowlands” and “Runaway World,” the hard charging “Firesoul Fly” and groove driven favorite “Black Thunder.” The closer “Strength of a Rose” is the slowest, most commercial tune with a giant airy chorus and fetching melody.

When it comes to must buy hard rock, Pretty Maids always provides the best bang for your buck. Always solid, always worthy – the Danish mainstays have followed the path for a long time in this business and still are able to write the hooks and choruses to draw you in, even if it feels like you’ve heard it before. The only complaint, if any, is that “Undress Your Madness” follows too closely to the last few, which renders it indistinguishable, as if it’s been one writing session for 10 years of material. But hey, its damn quality rock ‘n’ roll and it plays perfect blasting in your car, so it’s all good.

A model of consistency, Pretty Maids is the best bang for your buck if hard rock is your game. The band is going on 40 years of pumping out catchy tunes, fetching hooks and sing-a-long choruses, and "Undress Your Madness" is yet another in the long line of solid releases. Though this is almost indistinguishable from the last three records, it still represents the very of the hard rock heap, which is saying a ton with all the quality acts in the subgenre.