A common concept between seasoned mountaineers is that the Seven Second Summits – the second-highest mountains of each of the seven continents – are a much harder challenge than the traditional Seven Summits. Conversely, while the Big Four of thrash attract most of the attention and devotion of metal fans around the world, one could say that the second echelon of thrash metal bands has produced material of equal caliber, and sometimes even far superior. I for one, would take Death Angel, Testament, Exodus and Overkill and any day over some of their more famous counterparts. And what a welcome feeling it is to receive yet another consistent offer from Overkill, the skull-crushing, neck-wrecking The Wings of War.

Overkill is a rare beast when it comes to metal bands. Since their debut was released in the early eighties, they have hardly ever taken more than three years between releases, even when every path in the music business would point them either to Give Up Avenue or Sellout Lane. Since 1983 they have been delivering solid album after solid album, completely ignoring any kind of music trend and surviving many lineup changes. Resiliency is the name of their game.

With 10 tracks and fifty one minutes long, Overkill’s 19th release is a balanced combination of sickening brutality and addictive melody. The name of the album was inspired by its cover, which presents five winged skulls brooding powerfully around the table seemingly prepared for battle. The Wings of War is a suitable title for a collection of songs that adopt an old formula:  one that evolved with new life and new breath, and after all these years, still generates an exquisite power.

Having seemingly broken the trend of lineup changes a few years back, the band found themselves on a creative roll in the beginning of the decade. That would change with the departure of long standing drummer Ron Lipnicki, who played with them for over a decade and was an integral part of the band’s sound in the last four or five studio efforts. Understandably, Bobby “Blitz” Ellsworth and company were a bit concerned about how that change would affect the writing process for The Wings of War. The end result would prove to be a seamless transition and a leap forward, with new skin-beater Jason Bittner firing on all cylinders from the first song to the last.

“Last Man Standing”, the first song on the album, starts off with an electronic beat and what sounds like an emergency warning on an industrial installation, but before you start thinking you wrongfully pressed play in a Ministry album, you’ll be engulfed by a crushing riff and a drumming assault which work like a great introduction to Mr. Bittner’s surgical drumming abilities. That was actually the first song recorded with the new drummer, and in the words of Bobby himself, it’s “an album opener by trade”. The Kerry King-esque guitar solo, whammy bar dive included, is also a nice touch. 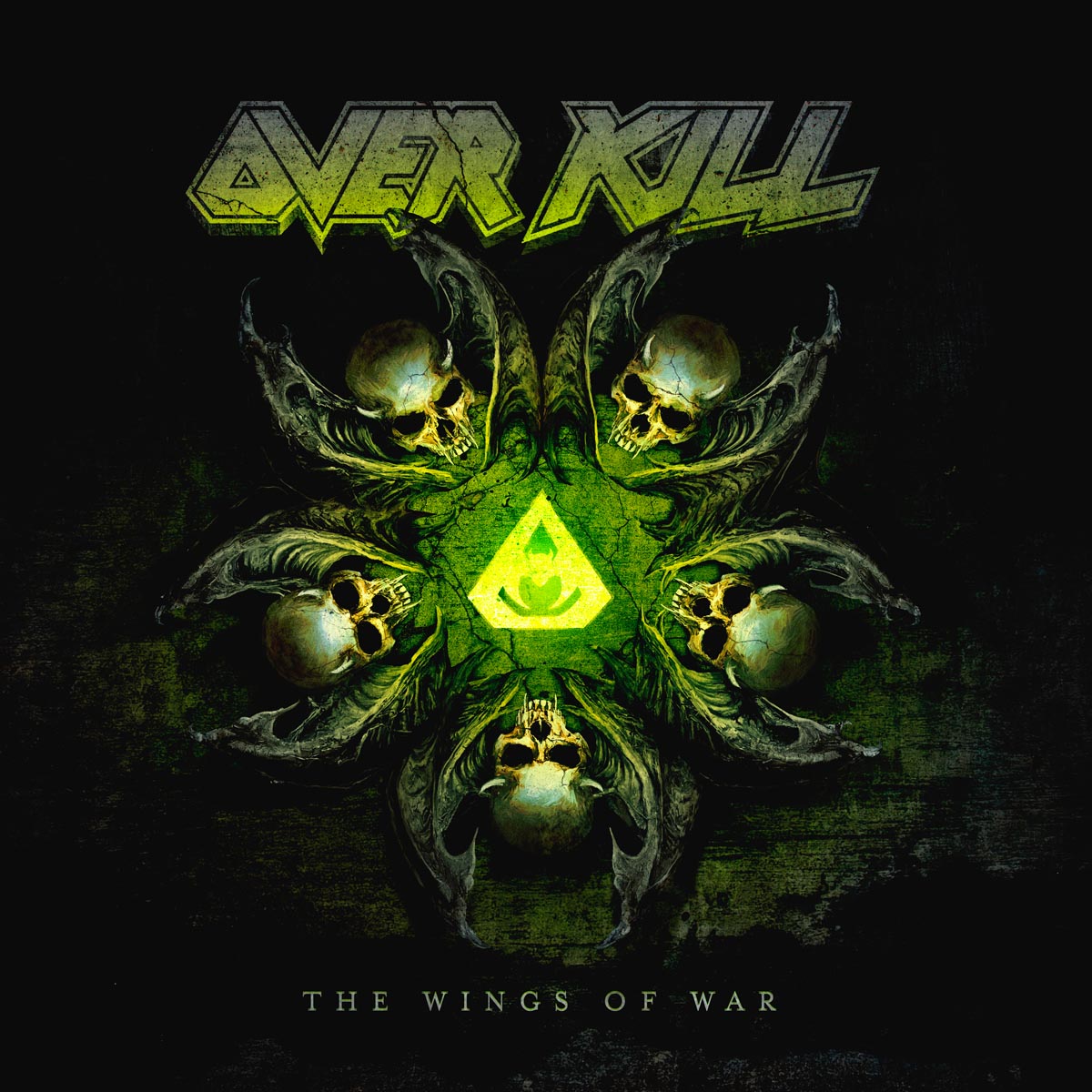 “The Wings of War” Album Artwork

“Believe in the Fight” is also a classic thrash number, with echoes of Megadeth’s most melodic moments. Lyrically it’s almost like a mission statement of the band, a testament (pun intended) to their (sound of) perseverance and persistence (of time). The second single “Head Of A Pin” is a lyrical journey about disappointment and trust. Musically, the song comes across as “Black Sabbath on meth” with tinges of Metallica’s ‘The Four Horsemen”, intertwined riffs and vocal melodies that pick it up into a real pounder and create something truly special. Bobby’s voice hits a peak here, and if you know anything about Overkill, you’re aware that Bobby’s delivery is as subtle as a bull in a china shop.

One of the very few subtle moments can be heard in the intro of “Distortion”, a melodic interplay between guitarrists Dave Linsk  and Derek Tailer  and bass player D.D. Verni, which explodes into a bluesy-riff-turned-metal song. Picture Deep Purple’s “Stormbringer” gone thrash, with layers of effects propelling Bobby’s voice even further. Another stand out track is the party anthem “Welcome to the Garden State”, a punk homage to the band’s homeland state of New Jersey, complete with a sample from The Sopranos, breakneck riffs and mob-like choruses.

Although there are some formulaic and less than inspired elements on a song or two, album closers “Out On The Road-Kill” and “Hole In My Soul” finish things on a high note: Bobby’s abrasive screams are still on top form. His voice has always been an acquired taste, and at the end of The Wings of War you’ll be questioning yourself how this man hasn’t developed a hernia all these years. The new rhythm session is  steel solid – Jason’s thunderous approach and D.D.’s monolithic tone compliment each other like few others in this business. The dependable due of Dave Linsk  and Derek Tailer do not try to reinvent the wheel, and do what is best for each song. The crispy production managed to showcase each instrument without overwhelming the listener, a rare feat in the era of saturation and compression. At the end of the day, it’s clear that Overkill is still relevant in the metal scene, and their albums are always a joy to listen to. There’s no end in sight for their soon-to-be forty year career, and their consistency is unmatched in the thrash ranks.

If you’re already a fan of Bobby and his gang, there are plenty of elements on The Wings of War to enjoy. If you’re new to them, this album is quite a gateway into the realms of the band. Take the plunge and open the pandora’s box that is Overkill’s discography.

“The Wings of War” Track-Listing:

Another relevant offering from Overkill, which continues to impress after all these years. The album loses momentum halfway through, but picks it up towards the end and closes the proceedings in bombastic form. It’s easy to predict that the stand out tracks here will effortlessly find their spot in the band’s setlists in the years to come