What does space sound like? A voice of science and reason tells us that the abyss of space is silent to human ears, a vacuum through which electromagnetic vibrations reveal planetary secrets. Yet it seems impossible that the awesome power of space be relegated to silence, for it is the birthplace of incredible beauty and violence. A storm has raged for more than three hundred years as the clouded eye of a somber giant, while dust and ice coalesce in vibrant rings. Nebulous clouds of gas paint the darkness in immeasurable towers, such places where shards of diamonds fall in the place of rain. And on one planet, there exists the bane of war.

To peer into the wonders of a universe that must have sprung forth from the breath of a malevolent god, one needs to look no further than the cosmic awe of Omega Infinity. Though far from the first metal project to delve into the intersection between music and galactic might, never before has a band so acutely captured the primordial brutality of our unexplored universe. The two musicians behind Omega Infinity are both intimately familiar with the darkness; founding member Tentakel P. is best known for his time as drummer and keyboard player of avant-garde black metal band Todtgelichter, a role he has held since 2002. Joining him is the often cryptic Xenoyr of Ne Obliviscaris, an artist who pursues artistic endeavors drenched in the shadows of monochrome. There is no duo more qualified to embark on a celestial peregrination, a union that has given birth to the all-enveloping depths of debut album “Solar Spectre.”

Though it is not black metal in its purest form, the dissonant static that devolves into relentless blast beats and splintering guitar lines is a perfect fit to portray the frigid extremes of cosmic isolation. The cold harnessed by Omega Infinity delves further than the mere absence of warmth, particularly on the haunting ambiance of opening track “Uranus.” Setting the scene with this brief instrumental, Omega Infinity truly convinces the listener that they are suspended in the uncaring void, entirely alone, to witness creation and destruction on a planetary scale. Xenoyr’s screams make their entrance on the second track, “Mars.” An unforgiving display of energy, “Mars” spends seven minutes paying reverence to the red colossus with a sea of howling shrieks and spoken word that echoes like an unholy incantation. During the eerily silent interlude on this second track, reality begins to melt away, nothing left in the listener’s vision except the looming giant suspended just out of reach.

Touches of the avant-garde make “Solar Spectre” transcend to a category all its own, tying together black metal tenets with splashes of electronic mystique that seem to dance between cacophonous percussion. Such vibrancy is most appreciable on “Saturn,” a bright offset to Xenoyr’s anguished roars. As shown in “Mars,” the songwriting of “Solar Spectre” certainly pledges its commitment to the darkness, but has the wisdom to imbue its stories with fleeting moments of tenderness. “Saturn” offers one such display of restraint, even more so demonstrated by the oceanic serenity of “Neptune.” No track could be more fitting for the peaceful blue behemoth, featuring ethereal female vocals that shimmer like a windswept veil. For all the celestial violence embodied in the pages of “Solar Spectre,” such brief respites are demonstrative of a balanced vision that stays true to the cycle of creation and destruction beholden of our universe. 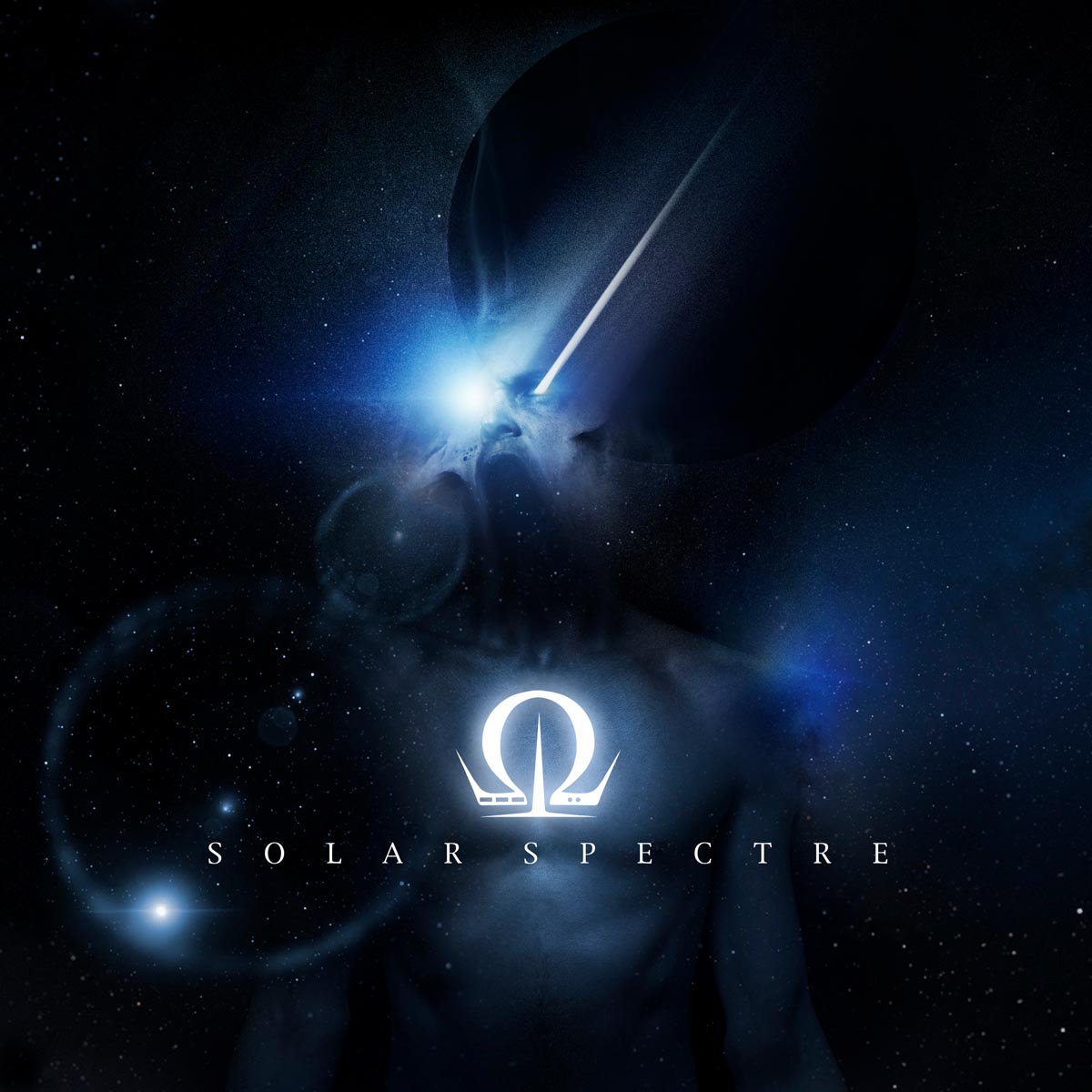 Aggression is not the only variable held as a fluid by Omega Infinity, as the very fabric of time seems to bend under Tentakel’s touch. Tempo varies from a funerary march to arcing lightning, spurred not least by a punishing pace on drums. Where “Uranus” is peace at the edge of the solar system, “Sol” embodies the nuclear fury inside of our central star, blast beats spiking in solar flares before mingling with Xenoyr’s vocal assault. There is no sign of gentle, life-giving radiation here, just the naked power of an unstoppable cosmic energy. Sometimes harnessing an atmosphere of ambivalence towards the wondrous heavens, and at other times deferring to apparent admiration, the song which comes closest to home is the only track which harnesses liquid hatred. “Terra” brims with speed and brutality from start to finish, sharp shouts punctuating incessant bass and dissonant guitar, the crashing of cymbals cutting sharp as a knife. As the track draws to a close, there is a distant echo akin to that of assault weapons firing.

In taking the opportunity to pursue artistic endeavors outside of their primary projects, Omega Infinity offers listeners a unique and comprehensive look at the yawning chasm that spans beyond our atmosphere. It is not an awe-filled celebration of the cosmos, but a blistering reminder of that the deep nothingness between spiraling galaxies is not just peace and serenity: this album serves as a solemn warning that space has more than enough to fear. “Solar Spectre” is rich in production value and chaotic energy, channeled in carefully balanced aggression. Intentional songwriting has crafted a frigid atmosphere that exemplifies both Tentakel and Xenoyr’s strengths as musicians, invoking a clear picture of what may lay in the heavens that arch above our own planetary home. The sheer presence of these tracks is unfathomable: they are beyond grandiose, their energy immeasurably magnanimous. This ambitious debut makes one fact clear: as one peers into the void, Omega Infinity screams back.

Harnessing the power of galaxies, Omega Infinity uses the frigid expression of black metal to paint a picture of the cosmos as they have never been explored before. Brimming with violence and piercing brutality, “Solar Spectre” exposes the harsh realities of the void that lies beyond our home in space.