Reflection is a strange thing. It can bring massive sadness, huge joy, and every emotion in between, coupled with philosophical speculation. I am a “progger” through and through, and I always have been. But let us be honest – personal stories, lyrical landscapes and clear commentaries on one’s life philosophies are not always best presented in the complex arrangements and presentations of true progressive-rock – even when delivered by the masters of the genre. Sometimes, simplicity is the key to clarity of message. Despite considered by many one of the most gifted composers and performers in today’s prog-rock scene, Neal Morse, always classy, always versatile and always full of surprises, knows that fact. Morse is always at the top of his game. What we need to understand is that he changes that game from time to time.

Neal’s progressive rock is undoubtedly amongst the best in the world (in my humble opinion, it is indeed the best, but your mileage may vary). The man is enigmatically brilliant and astoundingly prolific. If Morse decided to do a classical opera, it would be on the level of La Traviata. If he decided to go speed metal (unlikely), he would probably give Slayer a run for their money. He truly can do anything. When Morse’s last singer-songwriter album, Songs from November was released in 2014, I found myself at a loss to understand why he had made it so simple. Where were the epic Prog arrangements, where were the jaw-dropping rhythmic and melodic complexities? (They were, of course, about to be delivered in more than suitable measure in subsequent Neal Morse Band releases The Grand Experiment and The Similitude of a Dream) But the point was that the complexities were not needed. In fact, the reflections on Songs from November were better presented in simpler, shorter formats. And in 2017, after the “Similitude” exploits of the past year, Morse just happens to be in introspective singer-songwriter mood again. Within that genre, the resulting product is unsurprisingly as good as anything that, say, a Neil Young or a James Taylor would have done in their prime. That is just who Neal Morse is. The album is aptly titled Life and Times. 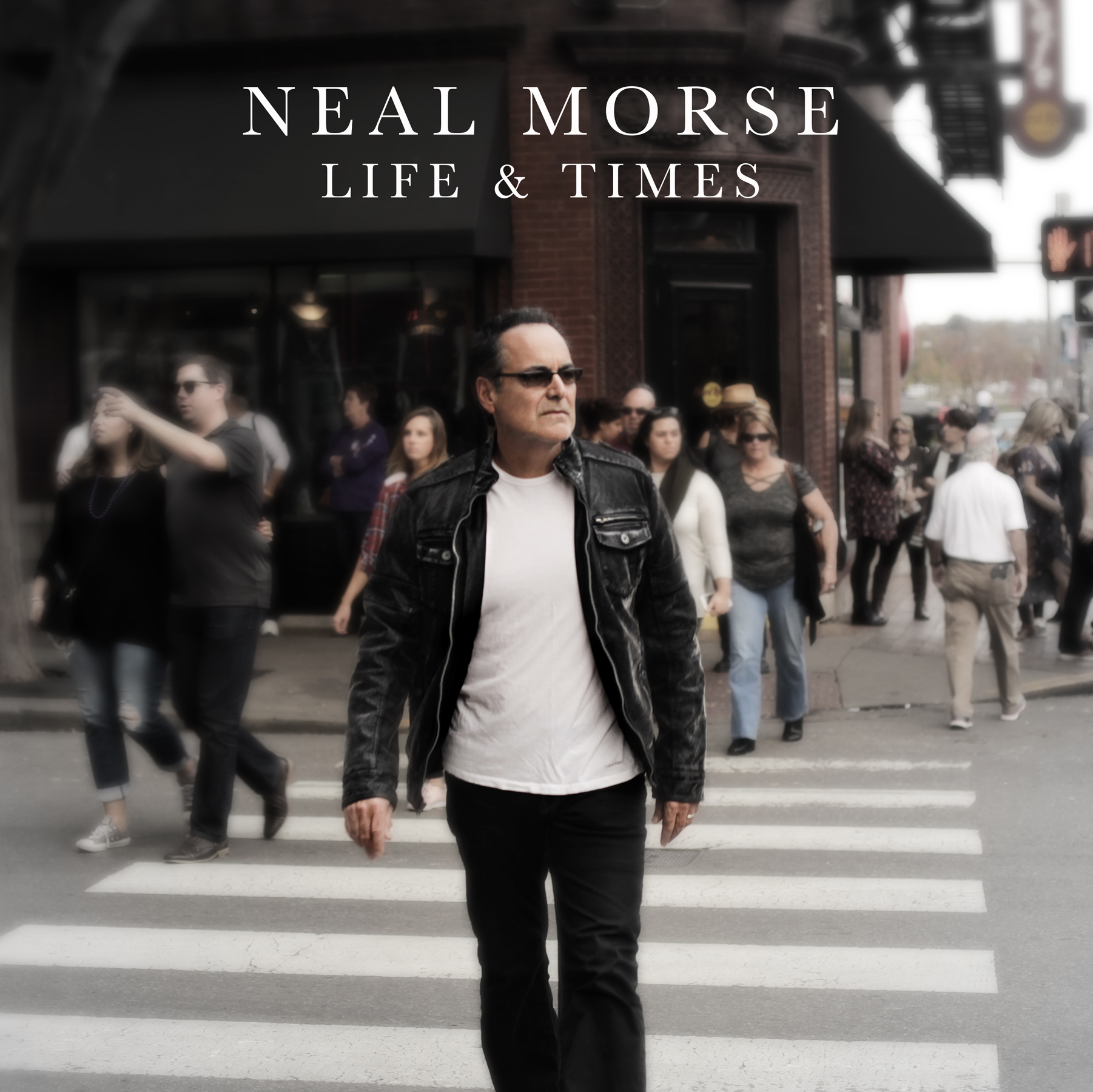 First song “Livin’ Lightly” opens the album with a sweet Morse melody filled with laziness and haziness, after which that beloved voice introduces the theme: ‘I thought I’d write a song and tell you all the way I feel, but it ain’t no big deal. I just thought I’d lay it down and try my best to keep it real, like a little Neil…Young. And I hope it makes you feel just a little lazy, like if you take a little time and lay your crazy down.’ Precisely – the scene is set for Morse to deliver twelve small snippets of his life, designed to make you feel what he feels, with insight into his life. Nothing flashy, nothing proggy, none of the over-the-top musical acrobatics that are his recognized domain. Just some short, insightful vignettes, written simply, for your heart. But delivered, of course, with the world-class polish that Morse can conjure. CSNY-type harmonies abound, and the simplicity referred to in the song itself (‘Keep it simple, keep the crashes on the cymbal’) works perfectly.

“Good Love Is on the Way” is a tale of young love, perhaps autobiographical. It proffers a sweet vocal, accompanied by cello and other strings. A feel-good song if ever there was one. “JoAnna” is a slow and melancholy exploration of the unrequited love of one of Morse’s family members. It is nothing if not genuine in its emotion. The key change in the middle is heart-wrenching, and a perfectly-placed clarinet leads to a sad outro.

“Selfie in the Square” is a cheerful and jolly diary entry about Morse spending a day alone in Luxembourg and wishing his wife were with him. No-one can paint a visual picture with music like this man can. It feels is as if you are in the city with him, and the hook, if not unexpected, is entrancing in its simplicity. “He Died at Home” requires special mention. The song was first performed at Morsefest in September 2017, and it made such a huge impression at the festival that Morse decided to include it on the album. The song tells the true story of a young soldier who died tragically, not on the battlefield, but by his own hand at home after his return, due to post-traumatic stress disorder. It is truly heartbreaking. Morse’s honesty and compassion, both as an artist and as a human being, shine brightly on this one, delivering such a tragic story with an accurately genuine conviction. 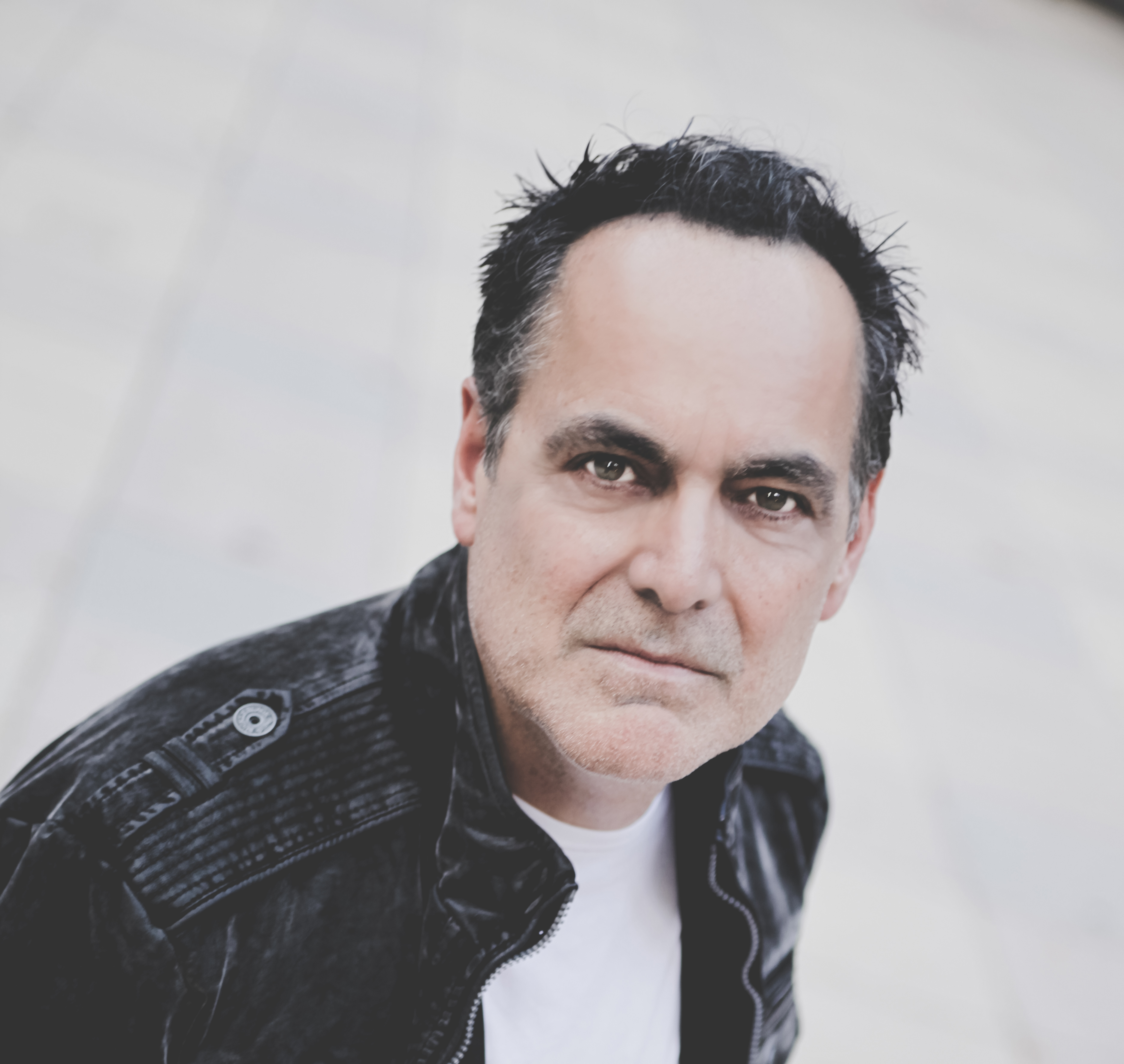 “She’s Changed Her Mind” is a mischievous reflection on the vagaries and unreliability of young love. Morse’s pop sensibilities are exploited to the maximum in the pleasant arrangement. His voice may have evolved over the years, but its sweetness remains unchanged, and it is perfect for the quirkiness of this song. “Wave on the Ocean” has a sunny, bright and upbeat feel, with a Calypso flavor, based on a cheerful and bouncy bass-line. It has a Doobie Brothers vibe, only better. I particularly like Morse’s well-considered vocal phrasing, which counterpoints Gabe Klein’s percussion beautifully on this song. It’s not Prog but it is so clever it could be. It builds like a rising tide, and by the end of a song, even the most die-hard prog-rock fan will be nodding along and toe tapping. It builds steadily until it ends on a vocal chorus climax, followed by a cheeky single brass note. The song is a high point on the album. Feel good? You bet.

“You + Me + Everything” is a beautiful, reflective ballad in which Neal reminisces about his early personal relationship with his wife, as a young struggling musician. Don’t expect mad chops, but expect something just as fulfilling – an immensely intimate insight into Neal Morse’s personal history. The song proves yet again that he can use his own perspective to extract emotion from his listener like very few can do.

“Manchester” boasts a co-writing credit by Morse’s longtime friend and über-fan Geoff Bailie. A splendid visual landscape created with words and melody, the song is a joyful anecdote about a sunny day in Manchester. In the first part, the chorus talks about Manchester by the Sea, but here’s the point (made in the last verse by Mr Bailie) – ‘Manchester’s got no sea – that’s just some bad geography, Manchester’s got no bay – that’s the one in the USA’. The song shows Morse’s (and Bailie’s) wicked sense of humor. Neal is clearly in a very good mood, and it will infect you. “Lay Low” is pleasant country pop with a sweet guitar melody introduction that is reminiscent of Seals and Crofts or early America. About getting away and rediscovering one’s self, the song is not extraordinary, but it is very pleasing and will ring true with anyone who needs a break from the humdrum stresses of life. That sweet guitar riff returns to end the song.

The next song, a re-worked “Old Alabama” features a gorgeous, yearning melody and chord progression and striking guest vocals. The beauty of the music notwithstanding, this one is, of course, all about longing for home: ‘Got a postcard picture perfect of a time and a place that I once called home… Familiar smiles and blue sky for miles, and as I looked at the picture it spoke to me – come on home now…Headed down to old Alabama…’ A female lead vocal on a Neal Morse album is a rarity, but when it happens, it works magnificently. The song is a true plaintive country duet, and is so beautifully executed as to extract tears. The use of Julie Harrison’s voice in the first verse, extracts a new quality, by contrast, from Morse’s in the second. And when the inevitable harmony arrives, the melding of their voices is just stunning. Prepare to have your heart wrenched – this magnificent, pining tear-jerker is another high point on the album.

“If I Only Had a Day” is a reflection on our temporary state on Earth. Featuring simple country guitar picking, fiddle and tasteful piano, it speculates on what Neal would do if he only had a year, a month, a week or a day to live. But it is not as sad as it is philosophical, and in a positive way. Personal introspections like his relationship with his older brother, his religious rebirth, time spent with his children, songs he wishes he had written and his family relationships, are exposed, and an emotional exposition it is. Get ready for some misty eyes and torn heartstrings.

Neal Morse is a true musical genius, and he does not have to exhibit his prog-rock swagger to prove it. Possibly America’s most prolific composer, he makes a point of exploring every avenue of his talent, no matter what the risks. His ability to deliver intentional epic complexity chops are legendary, but even when he intentionally avoids the latter, excellence still pervades everything he does. It is just a different kind of excellence. Morse knows that there can be musical joy in simplicity, and that makes for true genius. Whether he is rocking out with ultra-complex epics of cosmic proportions, or just self-reflecting in simple pop songs that have the clear goal of simplicity, his work somehow always achieves distinction. Expect the latter with this release.

As I said, self-reflection is an emotional matter and you will be moved – expect your emotions to be taken along with those of Neal in each of these twelve reflections. The album is called Life and Times for a good reason, since its observations on Neal’s life are authentic, deep and genuine. Whether he is sad, happy, philosophical, naughty, sympathetic, speculative, mournful or content, Neal Morse has the ability to take the listener in any emotional direction with straightforward songs and meaningful lyrics. And unsurprisingly, the songs, all of which have catchy, memorable hooks, are never bland, despite their intentional simplicity.

Want to get up close and personal with Neal Morse? This album will achieve that for you.