It seems that wherein any brand of extreme metal is concerned; all roads seem to lead towards the hardcore scene of the early 80s. Few understand this better than one of the earliest proponents of the grindcore sub-genre, namely Birmingham’s own Napalm Death. Though they originally cut their teeth as a member of the hardcore scene going all the way back to their 1982 demo “Halloween,” hailing from the same city that gave the world Black Sabbath and Judas Priest all but predestined them to move towards a more metallic sound, which arguably came to full fruition when guitarists Mitch Harris and Jesse Pintado joined the fold in 1989. The following year would see one of the most consequential albums under the death metal umbrella in this outfit’s 3rd studio LP “Harmony Corruption”, joining Bolt Thrower, Carcass and a few others in putting the U.K. on the map as one of the rival scenes to the then exploding Florida one.

Despite Pintado, who was a major part of shaping Napalm Death’s earlier primitive hardcore sound into their current death/grind hybrid style, departed the band in 2004 and later this earth in 2006, the basic sound template of their aforementioned 1990 breakthrough has continued to shape their output. It can be best described as a more simplified, yet also less orthodox approach to conjuring up the extreme fringes of the metal style, placing a heavy degree on raw noise and aggression that is, nevertheless, organized into a set of coherent songs that are generally of a moderately short length. Now without a single member of their fold under the age of 50, they’ve returned after a five year break since their 2015 LP “Apex Predator – Easy Meat” (barring a couple of shorter releases) to showcase that they can still grind with the same fervor as they did 30 years ago on their 16th full length offering “Throes Of Joy In The Jaws Of Defeatism.”

The more than a mouthful of an album name notwithstanding, this is the sort of no nonsense, going straight for the jugular mode of aggression at break-neck speed that any follower of the grind scene has come to expect. Such pummeling anthems of discontent as “Backlash Just Because” and the title song blur the lines between being pure eardrum-piercing noise and having something resembling a melodic catharsis, though translated through a lens of distorted and dissonant rage. Between the jostling transitions between high octane death thrash mayhem and chaotic blast beats, there is a dense and cold character to the noise elements that occasionally sound industrial in nature, in fact, the second half of opening crusher “Fuck The Factoid” almost totally crosses into a sort of blackened industrial aesthetic, all but flipping the script on what would otherwise be more of a bare-bones hybrid of metallic brutality and grinding noise. 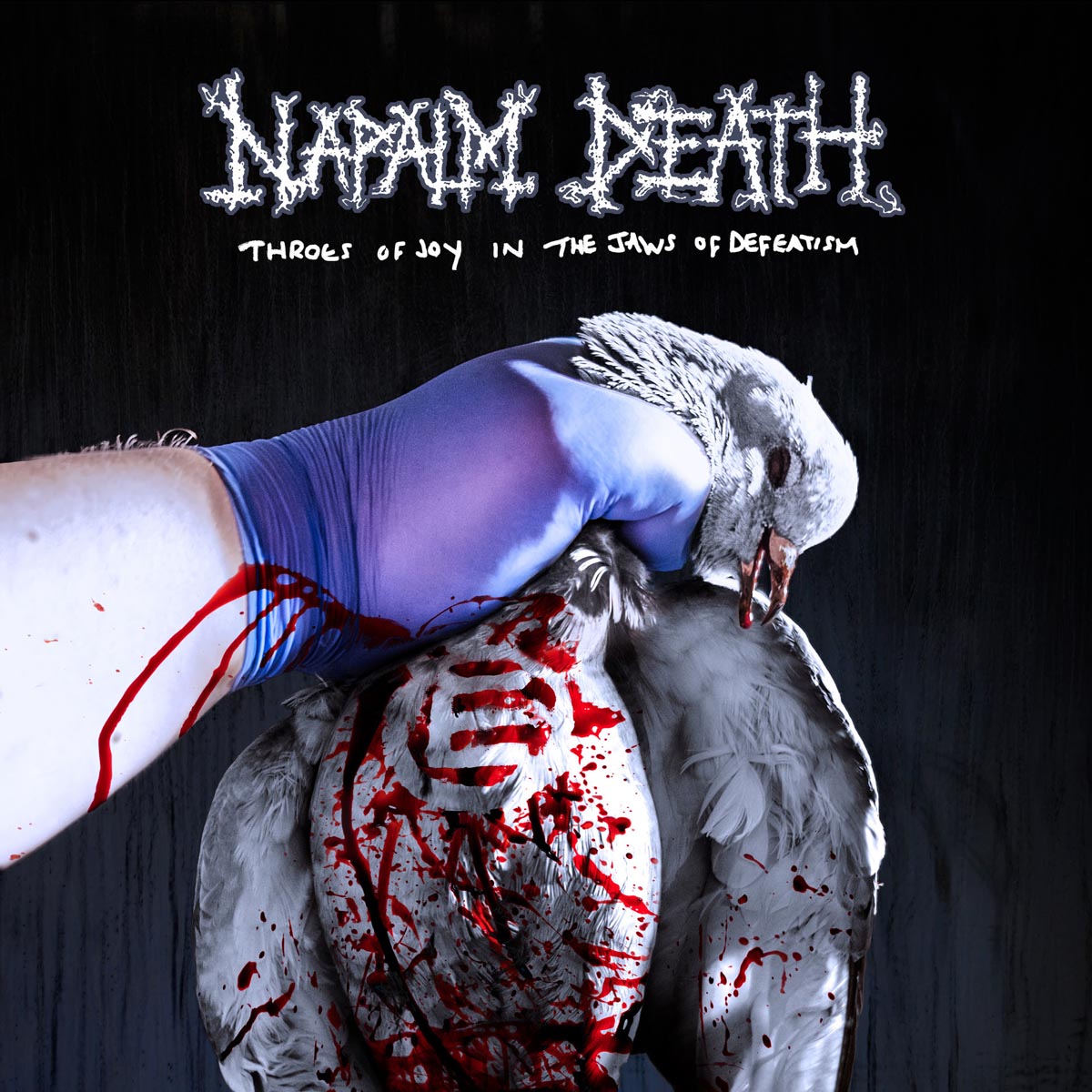 Naturally a band with such deep roots in the original hardcore scene is not going to spend all of its time attempting to break the speed of sound, and there are plenty of fist-pumping moments to go with the frenzied ones. The first half of “Acting In Gouged Faith” alongside the lion’s share of “Fluxing Of The Muscle” has a bit more of a thrashing character to the riff work, and while still winding up in blast territory and painted over with a loud and glassy bass sound, are a bit more restrained. On the subject of massive bass presence, the sub-3 minute exercise in pure auditory ugliness that is “Joie De Ne Pas Vivre” has it in spades, relegating the guitar to more of an atmospheric accompaniment and featuring vocalist Mark Greenway delivering up a truly vile snarl that barely registers as human. Nevertheless, the brightest spot in this collection is the more hardcore infused speeder “Zero Gravitas Chamber”, which is the most memorable and accessible of the bunch and could almost be a Discharge homage if it were a bit less brutal and saturated in distortion.

While the odds of Napalm Death ever topping the utter brilliance that was on display during their early 90s material, this album is yet another in a fairly consistent succession of good albums that they’ve put out following the exit of Jesse Pintado. Remaining true to their punk roots, this is a collection of skull-shattering anthems that leaves its mark largely by aggression alone, eschewing most of the technical trappings of their adopted death metal aesthetic, save the insane drum work of Danny Herrera, who is somehow able to blast away in his 50s with the same degree of intensity he did back in the days of “Utopia Banished” and “Fear, Emptiness, Despair.” Nearly 40 years to the day that they first set out to promote peace through auditory violence and socially aware lyrics, they’re still flying the flags of angst and discontent, and while their brand proves an acquired taste, it’s also one that really sticks to one’s ribs.

“Throes Of Joy In The Jaws Of Defeatism” track-listing:

The relationship between punk and metal has often been a strained one, but one of the earliest proponents of merging the most extreme versions of both proves it can also be a cathartic one for the 14th time.