For a band that originated over thirty years ago and has seen the comings and goings of three lead singers and countless band members, Mystery retains one of the most consistent sounds of any progressive rock group. Whether that is a good thing or bad thing is a subjective determination, but as is the case with bands in other genres such as Boston or Katatonia — what you hear is what you get, album after album after album.

Lest that sound like a fatalistic pronouncement, the good news is that for fans of modern progressive rock, Mystery delivers the goods with each and every new release. Beautiful melody lines, lush production, soaring lead vocals, impeccable instrumentation, inspired electric guitar solos…it’s all here. Every album is a polished work of art. Fans can know what to expect – and what NOT to expect – and these expectations are invariable met. Because one thing is definitely not a mystery about this band: the consistency of their output.

New album Lies and Butterflies refuses to fly in the face of Mystery’s formula. Instead, it continues the band’s trajectory of sumptuous epics and shorter, hook-laden prog singles. Starting where previous live album Second Home left off, we hear the cheers of the crowd and the farewell of the band leaving the stage…perhaps to return to the studio where Mystery continues to be “Looking for Something Else”. This opening piece is a clever start to Lies and Butterflies, a slow burner that builds over its 17 minute journey, and bears some relation to the other epic which closes the album, “Chrysalis”, the two forming neat bookends between which are sandwiched five shorter pieces. 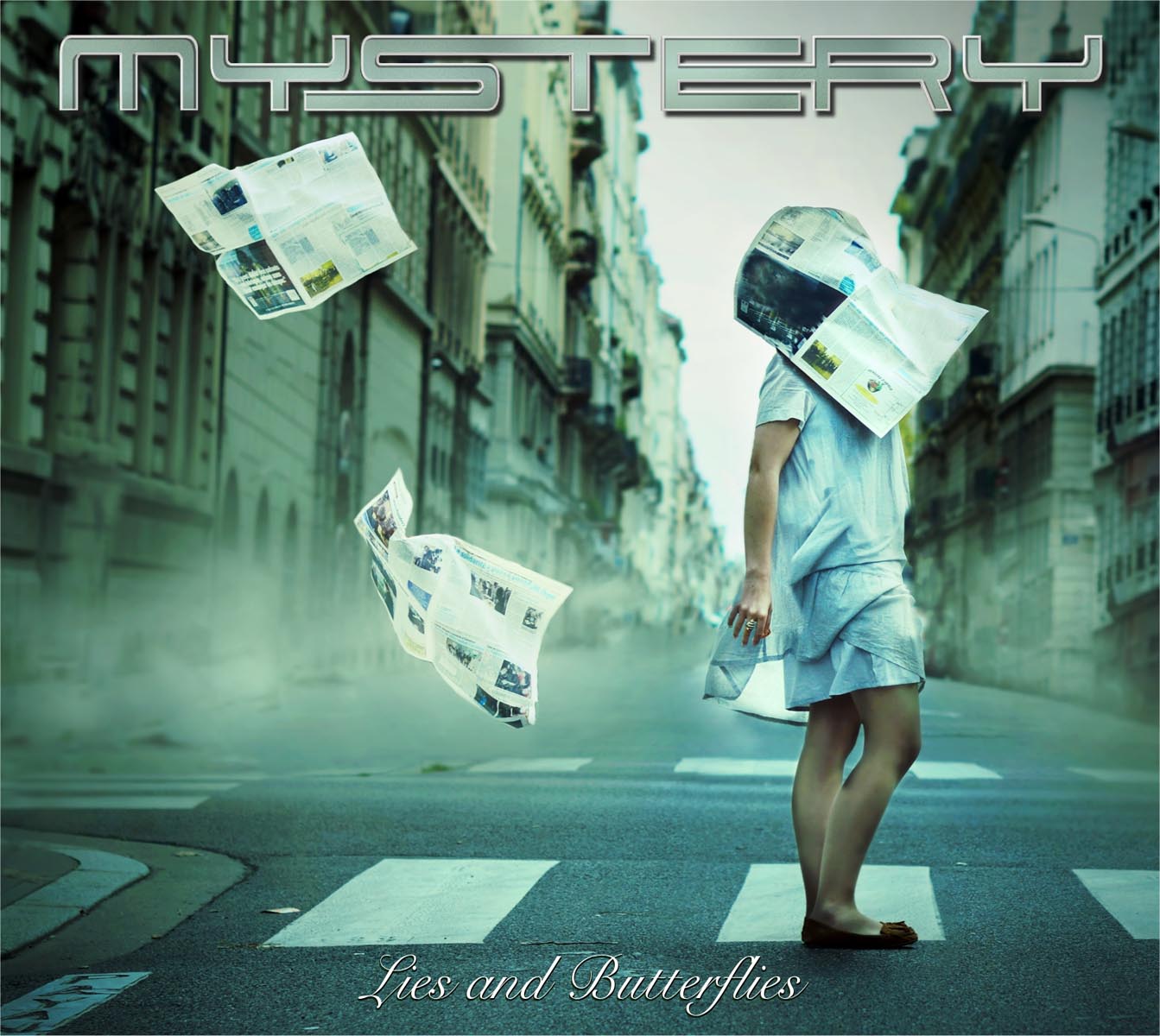 Those shorter songs, ranging from 5-8 minutes each, all have their strengths in memorable choruses, well thought-out song structures and prog-jam soloing sections. Several could have radio-friendly potential, such as “Come to Me” which begins with simple acoustic patterns before capturing the listener with its enveloping chorus. “Something to Believe In” nearly veers too closely towards a cliche’d anthemic chord progression which a band like Journey might use to sell thousands of copies. However, a three minute instrumental interlude in the middle maintains the song’s prog cred, while assuring that it will now get little radio airplay unless it has a single-edit.

Traditionally the bulk of Mystery’s songwriting comes from group leader and founder Michel St-Père. This album contains two notable exceptions: “Dare to Dream” penned by singer Jean Pageau and sporting a truly remarkable chorus; followed by one of the highlights of the album “Where Dreams Come Alive”, with Michel contributing the lyrics and the music being written by the group’s other guitarist Sylvain Moineau. This latter song leads to one of the most thrilling guitar performances on the album, supported by an escalating chord progression.

The centerpiece of the album however is the closer “Chrysalis”, which ties more directly into the album title. This fifteen minute epic includes a little more crunch than the rest of the album, which at this point is very welcome. Unlike many bands who create long epics by stringing together shorter songs with minimal relation, Mystery excels at making these longer pieces flow organically with a natural rise and fall of dynamic expression. Both delicate and hard-edged, “Chrysalis” provides a satisfying conclusion to Mystery’s latest sonic creation.

Throughout Lies and Butterflies we are treated to three particularly noteworthy features via these three Mystery men: lead singer Jean Pageau’s gorgeous vocals, Michel St-Père’s flawless lead guitar solo sections, and drummer Jean-Sébastien Goyette’s fully embodied approach to the percussion which engages the listener on every tune. Michel’s immaculate production highlights each of these elements and they are richly rewarding. The bass lines, backing vocals, acoustic guitars, occasional flute and multitude of keyboards support the overall sonic experience which makes it very hard not to be swept up in the full majesty that is Mystery.

For all of these superlatives, the truth is that the same could be said about most any of Mystery’s last four studio albums, if not their entire catalog. It may be very hard for a fan to pick out their favorite album or them, because the sound, musicianship and songwriting quality is so consistent. Therefore this album will be unlikely to convert any new fans who previously had no interest, and we also can’t give extremely high marks for originality compared to their previous output. But for those who are already onboard the Mystery train – or as an entry point for newcomers – Lies and Butterflies reaches the sky and beyond.