One of the great pleasures of jumping on the Myrath wagon early in their career (I started following them with their 2007 debut) is watching a band of capable and hungry Symphony X fans forge a sound uniquely their own. Though they certainly are not the first to infuse rock with folk music of the Muslim world – that award most likely goes to the Anatolian rocker Erkin Koray – they are unquestionably responsible for the most intricate  interweaving of centuries-apart musical traditions, and their new record Shehili  solidifies their aptitude for evolving a sound that you thought had already reached its apex.

While previous efforts like 2010’s Desert Call focused on creating a distinctly Arab take on heavy music, they didn’t quite do enough to shed the cheese endemic to much melodic Eurometal. That finally began to change with 2016’s otherwise wonderful Legacy, and I’m pleased to report the almost complete absence of lactose on Shehili. But to heap praise on Shehili for this is to miss the point entirely. And the point is that the Myrath sound may have finally speciated.

Kicking off again with a folk intro comprised mostly of mesmerizing micro-tonal melismatic singing and an accompanying ney flute, the album starts strong with “Born to Survive” and immediately establishes itself as the most fully-realized album of Myrath ‘s illustrious career. What first sounds like a lack of Arabian frame drums turns out to be arrangements so tightly embedded into drummer Morgan Berthet‘s more orthodox approach that you don’t even notice them until you really pay attention. It’s as if the frame drums hidden in plain sight. This stealthy approach to arrangement extends to Myrath ‘s signature use of Arab strings, which become an even more integral part of the band’s sonic identity by complementing the irrefutably metallic foundation. Shehili thus establishes the folk instruments as a key facet of Myrath ‘s DNA rather than a gimmicky fetishization of their culture.

Did I mention that the songs themselves are more engaging and compelling? Because they kind of are. After the bleak and haunting opener, “You’ve Lost Yourself”  both rages and yearns with conviction and desperation with the smoothness of a driver who shifts gears without the passenger even noticing, while lead single “Dance” prompts even the most hardened listener to do just that. That these songs develop and engage the listener so thoroughly without breaching the radio-edit time limit is testament to Myrath ‘s mastery of songwriting. Keep the song moving forward without sounding too busy or self-absorbed. It’s as if the songs actually write themselves, and these guys are merely conduits. 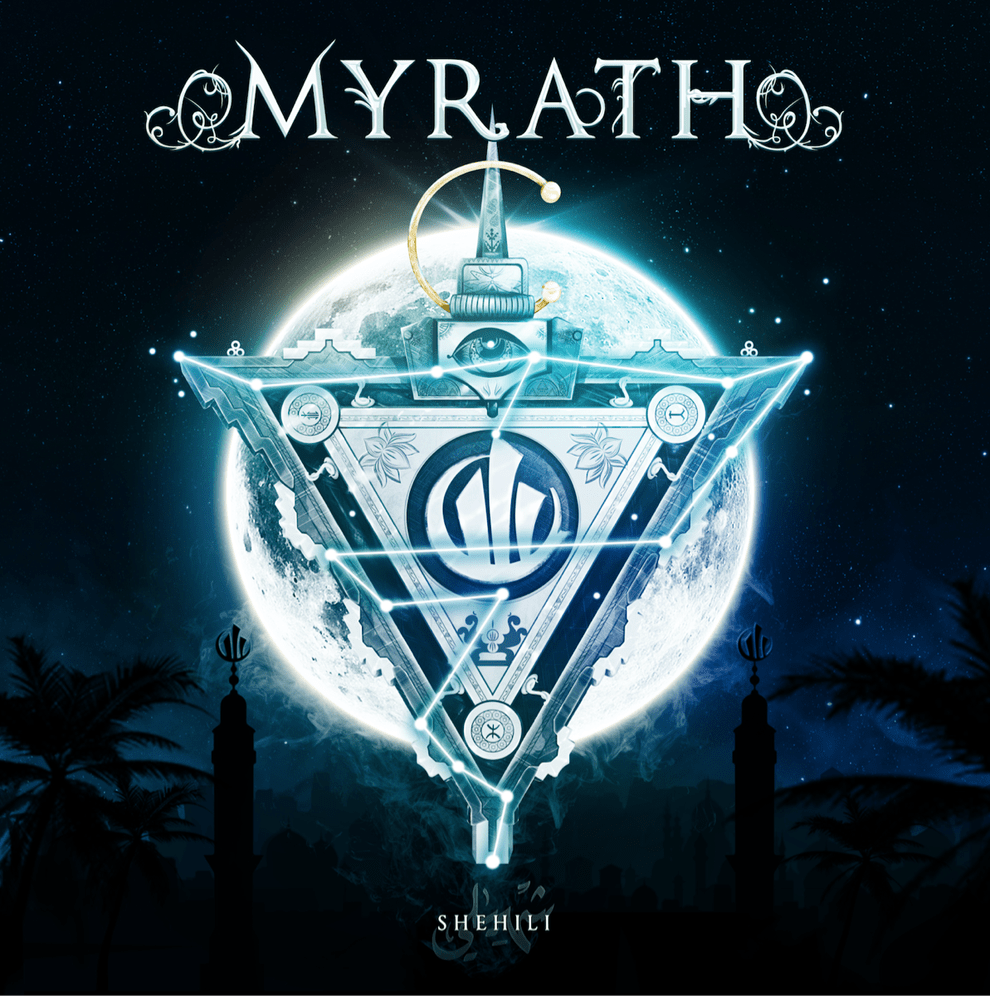 Speaking of songs already written, Myrath‘s interpretation of the 1972 hit “Lili Twil” by Moroccan group Les Frères Mégri perfectly brings together the musical traditions of  Northern Africa, Arab pop, and contemporary heavy metal, with the scratchy intro serving as an appropriate ode to the original. The roughly translated hook “my loneliness tonight” gives this cover the push needed to cross the Mediterranean culture barrier into territory that can be enjoyed by those of us who were reared on Eurocentric musical traditions. If ever a more perfect culture jam were to be forged, it would have a high hurdle to clear indeed.

As strong as these cuts all are – and they all are – they merely prepare us for the main course that is the title track. Bluntly, ”Shehili” is one of the highlights of Myrath‘s career, injecting frame drums, micro-tonal melisma, strings, and ney flutes seamlessly throughout while staying  firmly planted in prog-metal territory.  This ode to the band’s homeland takes its title from the winds of the Sahara, and it perhaps encapsulates the Myrath approach to heavy metal more perfectly than any of their other compositions, of which they’ve delivered no shortage of standouts. Damn, guys. Dayyum.

A note to the lactose intolerant: Shehili does still contain traces of cheese, as a quick glance at the track-listing and a viewing of the “Dance” video will attest. Thankfully, though, the cheese is mostly relegated to the song titles and the visual medium, and is mercifully absent from the songwriting, arrangements, and performances. And as wonderful as Shehili is, I’m still convinced we yet haven’t heard the best Myrath have to offer. Suspense level: high, and deliciously so.

Not content to rest on their laurels, Myrath has done the unthinkable and has perfected the exotic sounds that made “Legacy” such a treat not by amplifying what worked, but by eliminating what didn't. “Shehili” raises the bar even higher, and if the delivery is any indication, Myrath will clear it with both ease and panache next time around. Bravo, guys.