The remnants match the main event.

Though it may now seem a distant memory, at the close of the last decade it seemed that metal had lost one of its seminal figures on the western side of the Atlantic. A continual reminder of the days where the lines that separated traditional heavy metal and its power and thrash cousins were not so clearly drawn, the end of the 2000s saw waning interest in that venerable of institutions known as Metal Church, to the point where Kurdt Vanderhoof and company saw fit to put the project to rest in 2009. Whether he’d subsequently began to feel the urge to bang his head after three years focusing on his retro-progressive rock project Presto Ballet or due to some other catalyst, said guitarist and songwriter opted to get the crew together for another go in 2012, ultimately paving the way for the return of their iconic late 80s front man Mike Howe and what can be best described as two of the most energized fits of metallic thunder in the studio heard from the band in more than two decades.

While the current incarnation of this old school outfit of the Pacific Northwest has had one eye clearly affixed upon resurrecting the magic of the past, the other has been equally as focused on making sure that their brand of old school metallic glory maintains a current flavor. As such, one can’t help but note the similarity of production practices between their last studio album “Damned If You Do” and concurrent output from the likes of Mystic Prophecy and Firewind, featuring a colossal guitar tone and thunderous rhythm section backdrop that seems a far cry from the rustic beauty of their mid-1980s sound. In essence, “From The Vault” stands as an addendum to said 2018 smash, as it features several studio recordings that didn’t make the album and the rest of what rounds it out follows the same basic auditory scheme. It’s a compilation that listens a lot like a standard studio album, and also one that showcases Vanderhoof’s dual love for 70s progressive rock and skull-thudding heavy metal.

Leading off this impressive smorgasbord of new and old is a collection of brand new songs that can stand toe to toe with the younger crowd in terms of both volume level and energy. The power/speeding brilliance of “Dead On The Vine” and the Iron Maiden-like, guitar harmony rich variant thereof “Above The Madness” could easily trade blows with the recent output of U.D.O. and Herman Frank’s latest solo outing, while the punchy thrasher “For No Reason” solidifies the band’s thrash credentials in a manner that would make any Anthrax or Overkill fan boy salivate. Truth be told, vocalist Mike Howe’s gritty snarls bear an uncanny resemblance to what Blitz Ellsworth has been bring to the table since 2010’s “Ironbound”, and it’s a vocal character that proves quite fitting to the versatile underpinnings of the band’s style that reminisces upon a number of German, British and American classics, coming to a head on the heavy-hitting, Accept-like crunch of “Conductor (Redux)”. 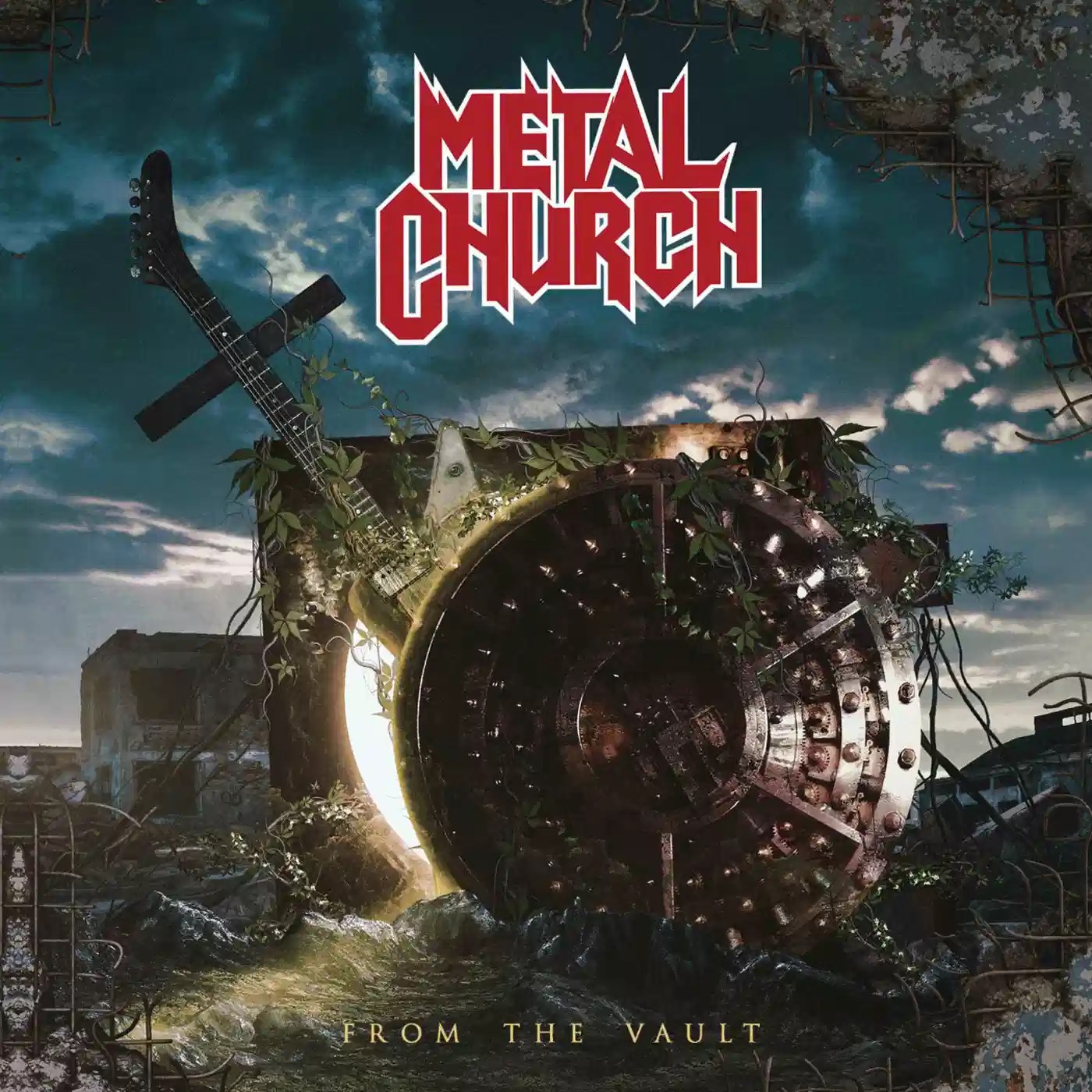 Most steadfast followers of this longstanding metal machine will naturally be satisfied with the new material alone, but even the holdover material that follows consists of several prime cuts. Amongst the collection of b-sides off the “Damned If You Do” sessions is a crunchy metallic groove dubbed “Tell Lie Vision”, which in addition to being a brilliant play on words regarding the device that robbed several generations of precious IQ points, functions as a catchier and slightly less redundant variation on Metallica’s “Jump In The Fire”. The mid-paced thrasher “False Flag” and the jazzy acoustic balladry of instrumental “432hz” also function as brilliant standouts, showcasing the chops and varied stylistic approach of Vanderhoof’s 6-string magic, which kind of shifts about between the bluesy rocking of Chris Poland and the more frenetic character of Glen Tipton. Pile on top some brilliant older rock covers, including a riveting rendition of Ram Jam’s “Black Betty”, and an assortment of live performances and remixes for those with an insatiable appetite for more of this church’s metallic sermons.

It’s difficult to go wrong with anything put out by this outfit, as they’ve always exemplified what heavy metal and its more melodic offshoots have been about, namely a continual pursuit of excellence that also strives to keep things accessible. If there is any downside to their approach it is that they’re eclectic repertoire may straddle a few too many fences for those who like their music of a clearly defined and parochial nature, which was not really how things developed back in the early days when this pastoral authority first came into being. In stark contrast to most compilations that will either focus solely on radio fodder or come off as disorganized due to combining recordings from several distant eras, this is a highly cohesive collection of high-impact metal that could just as well be a certified studio LP. Think of it as a master chef dishing out a whole buffet; only it’s built mostly out of leftovers that still somehow manage to match the quality of a feature seven course meal.

“From The Vault” Track-list:

Order your copy of “From The Vault“ from this location.

The ongoing wave of greatness following one of American metal’s oldest and most prized acts continues its upward trend of mixing heavy metal nostalgia with modernity, even when presenting a mishmash of mostly leftovers, covers and assorted live performances