Rarely does music from a long-favorite band simply fall out of the sky and into one’s lap, but the sweetness of surprise should not be underestimated. In a feat rarely seen in the world of modern music, progressive power metal band Lör released their second album with less than twelve hours notice to fans who were eager to devour the latest from the creative and oft overlooked Pennsylvanian quintet. Making a name for themselves with a unique blend of progressive, power, and folk metal, Lör have pulled no punches in their sophomore release “Edge of Eternity,” bringing even more power and ambition than their debut. Relentless in speed, might, and pure creative aspiration, Lör have truly reached for the heavens and pulled them down in an epic cascade of musical prowess, bathing their vision in pure starlight.

Few words truly capture what Lör has to offer in terms of their unique position at the crossroads of power and progressive metal, blending together technical complexity alongside a full sound that swells with might and magnitude. With the flavors of power metal Lör brings massive orchestrations, but more progressive textures offer delicate keyboards in the same breath. Vocals range from front-man Tyler Fedeli’s powerfully consistent delivery to harsh vocals that cut through the furious storm of “Ruin.” It is within the realm of vocals that lie the greatest contention from “Edge of Eternity,” given the different approach to the vocal mix compared to debut album “In Forgotten Sleep.” But where some would simply balk at change, there is no doubt that this new vocal mix is absolutely a step in the right direction. It not only showcases the leaps in maturity that Fedeli has attained in his scope as a vocalist, but it gives the complex arrangements that make up Lör’s background opportunity to shine through with even greater vibrance. Powerful cleans in “Edge of Eternity” vary from echoing laments to passionate shouts, showing a world of growth from “In Forgotten Sleep” and providing an even greater spectrum of emotional depth. Combining clean vocals and harsh vocals also give “Edge of Eternity” a serious edge that is often not afforded to purely power metal acts, but it remains consistent with the incredible heaviness that persists throughout the entire album, particularly in the gale force of gang vocals in the album’s title track.

“Edge of Eternity” offers the full spectrum from haunting instrumental interludes through a blinding combination of screams and blast beats that resonate in an unparalleled thunder. “Ruin” holds the peak of this extremity, steered primarily by the relentless drumming on the part of Greg Bogart. Rarely given a moment to breathe throughout the album’s duration, it is “Ruin” and “Edge of Eternity” which seem to offer challenges in percussive endurance and execution. For all of its heaviness, especially given the prominence of the drums in the mix, Lör mastermind and guitarist Peter Hraur is rarely lost among the sonic violence. He is responsible for the bright melodic lantern leading the battle charge of opening track “Upon a Withered Heart,” as well as the piquing anxiety in title track “Edge of Eternity.” One of the elements that makes Lör’s music so immersive is the recurring motifs, melodies which reappear throughout a track and across the album in the guitar, vocal melodies, or even a distant keyboard recall. It is unquestionable that “Edge of Eternity” grows upon and within itself as a fully contained work of art, and gives listeners a feeling of familiarity with the piece as it continues to tell its tale. 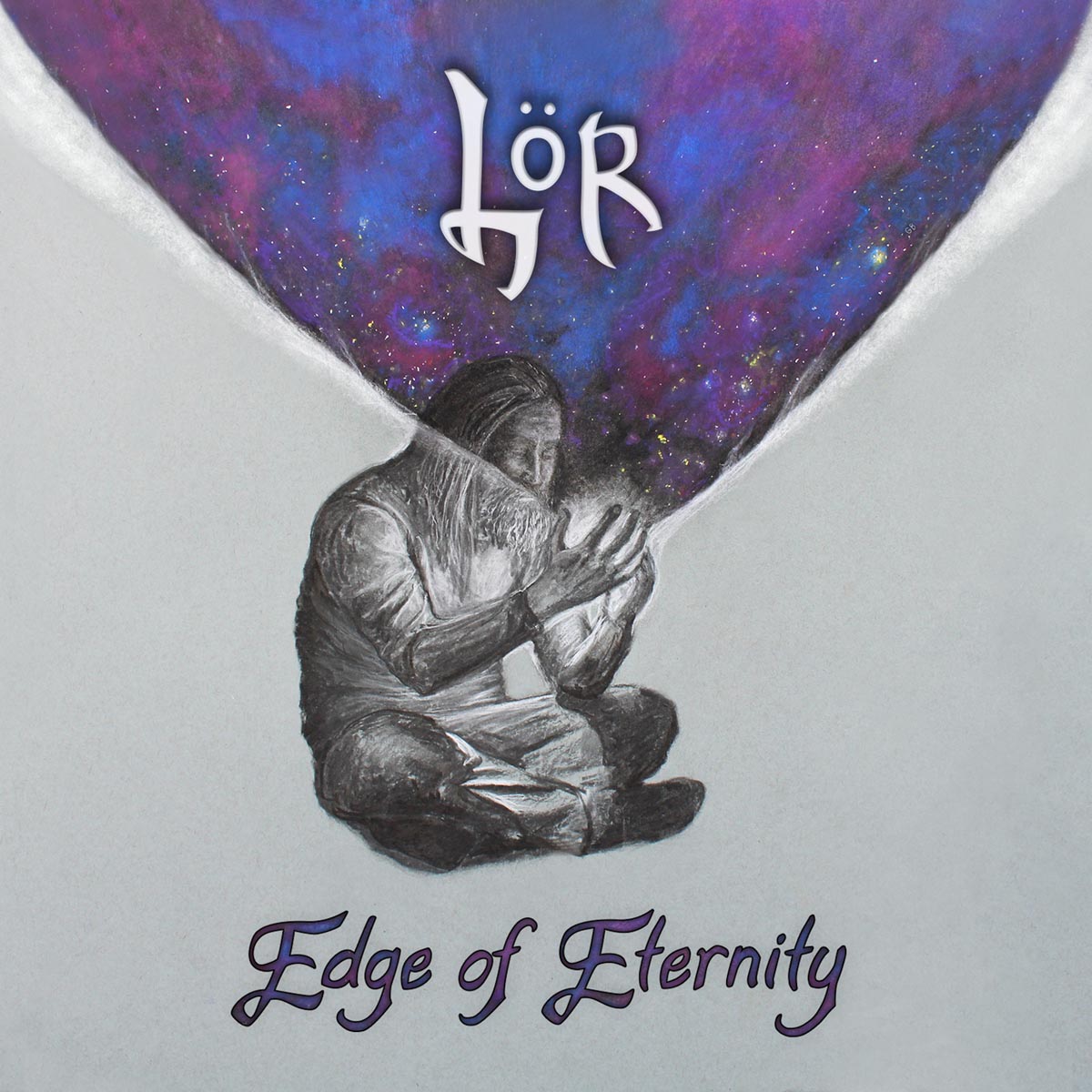 For all of its burning intensity, “Edge of Eternity” is perfectly tempered by a true and heartfelt ballad. “Relic” rests comfortably as the album’s fourth track, and though “In Forgotten Sleep” had its fair share of peaceful moments, “Relic” sees a true nod to ballads in structure and style. Even as it mounts in speed and force when the song proceeds towards its concluding notes, this ebb and flow is entirely organic, a dynamic spirit that builds from Fedeli’s vocal inflection and into Hraur’s melody. Hints of a waltz play over tender vocal harmonizations for a sound that captures both progressive complexity with power metal’s indomitable spirit. Slivers of quiet in tracks that otherwise rage on command listener attention, particularly in “Upon a Withered Heart.” Cuts to pure bass lines away from near orchestral power are sharp enough to give one whiplash, but the aggressive alternating pattern highlights fleeting keys alongside a bass player who carries an irreplaceable role in Lör’s sound. Nick Bonsanto is given a forward role in not just these momentary solos but throughout the album, with bass serving as a crucial element in crafting the album’s atmospherics, particularly in second track “A Life Once Known.” The key in these instrumental interludes is that they are often brief and vary between choruses and across verses, rather than the occasional repetition that defined the longer tracks of “In Forgotten Sleep.” Increased reach and diversity in songwriting have allowed “Edge of Eternity” to have the haunting vocal-led segment in “Ruin” without losing the impact of its build back to the drum’s reintroduction.

As loud and overbearing as Lor may craft decisive moments, they always know when to back off for a breath of fresh air. This relief is often delivered by keyboard player Matt Bartlett, with key roles in creating the recurring melodies in “Edge of Eternity” both in subtlety amongst strings and in instrumental solitude. There is no question in the care and attention that went into the songwriting for this album, as each musician works with each other in flawless harmony. There is no one leader across the album, nor in any given track. Each instrumentalist is given their time to demonstrate the mastery of their craft without ever descending into showboating while still bathing in the glory of well-placed solos. Every breath of the album shows impeccable timing, unspeakable talent, and creative energy unconstrained by any one genre. Above all else, “Edge of Eternity” holds both humility and ambition, the product of talented artists playing their hearts out in passion that can hardly be contained in five tracks alone. Built to be undoubtedly explosive in a live setting and following hot in the wake of their debut, there’s no question that “Edge of Eternity” will leave fans not just hungry, but starving for more.

Words alone cannot do the pure transcendent fire and passion of this album any justice: Lör have created a world entirely their own with airtight musicianship and superb technical execution. Straddling the line between power metal and progressive metal while digging into the quirky textures of folk, Lör have eclipsed classification and are well on their way to becoming purely legendary.