Twilight falls upon the Viking age.

Conceptual storytelling has always been one of metal’s many fortes, and while this art of merging an album’s worth of plotline with an intricate, programmatic score is not unique to one subset, the cinematic bombast of symphonic metal has always proved its most fitting home. While the exploits of the Viking sagas has been a frequent topic in this context, there always seems to be another project waiting in the wings for further elucidation of this unique point in world history, and German symphonic powerhouse Leaves’ Eyes counts themselves among the most recent purveyors of a dramatized retrospective on the era of Nordic raids and expansion throughout Europe and beyond. The resulting palace of sound that is “The Last Viking” recounts the life of Harald III of Norway, also known as Hardrada (The Hard Ruler), in the setting of the king’s dying moments with his life flashing before his eyes, culminating in a highly impressive series of musical chapters to an expansive, enthralling biography.

As the second LP under this band’s moniker since the departure of co-founder and original lead vocalist Liv Kristine, this outfit’s move towards a more bombastic, but also folksy character of sound that approaches similar proximity to the likes of Nightwish and Epica has become more pronounced. Much of this owes to the more dramatic soprano sound exhibited by Finnish impresario and 2nd cousin of the former aforementioned band’s mastermind Tuomas Holopainen, namely Elina Siirala, whom delivers a brilliant performance that matches the flamboyance of Tarja Turunen with the more controlled and nuanced persona of Simone Simons. Then again, this album also displays a greater degree of energy and impact-based metallic splendor that carries several commonalities to the high era of “Century Child” and “Once,” while also being riff happy enough to resemble the early days of Mark Jansen’s quasi-thrashing melodic death style, complete with some exemplary lead guitar moments that surpass the occasionally dabbling in said field exhibited by Issac Delahaye or Emppu Vuorinen of late.

Though this isn’t an album that seeks to redefine the symphonic metal landscape with some grand new innovation, it seals the deal as an exercise in majestic brilliance through sheer execution and drive. Maintaining the dyad of band mastermind Alexander Krull’s deep, forbidding barks and Siirala’s angelic serenades, it tends to resemble the character of early Epica from a vocal standpoint with a tall side order of Amon Amarth courtesy of Krull’s performance, while the surrounding music conjures up parallel imagery to the recent epic folk offerings of Ensiferum and Suidakra. Apart from the highly theatrical overture “Death Of A King” and the similarly shorter and dense cinematic interlude “Two Kings, One Realm”, the songwriting primarily sticks to a moderate scope while still exuding a lofty character, with mid-paced bangers like “War Of Kings” and the jovial war hymn with a slight Celtic twist “Varangians” being the more memorable among a consistent display of accessible auditory craftsmanship.

But for all the solid tunes to inspire mass crowd participation that dominate this album, it truly excels on those moments where it ventures out of safer waters into territory that is often avoided by mainline symphonic bands of late. A shining example of this is the power metal-infused speeder and throwback to the glory days of earlier Nightwish (think the swiftness of Nightwish’s “Wishmaster” with the modern aggression of recent Suidakra) that is “Serpents And Dragons”, while the quick gallop of “For Victory” with its many folksy flourishes and punchy riffs isn’t far behind it in the intensity department. The closing fanfare of “Break Into The Sky Of Aeon” takes a turn towards a more sorrowful mode of symphonic somberness often reserved for the likes of Eternal Tears Of Sorrow and Omnium Gatherum. But as is often the case with grand conceptual endeavors, the obligatory exercise in running the gamut of the style’s many expressions in the form of a 10 minute epic of a title track “The Last Viking” proves to be the zenith of this opus’ duration. 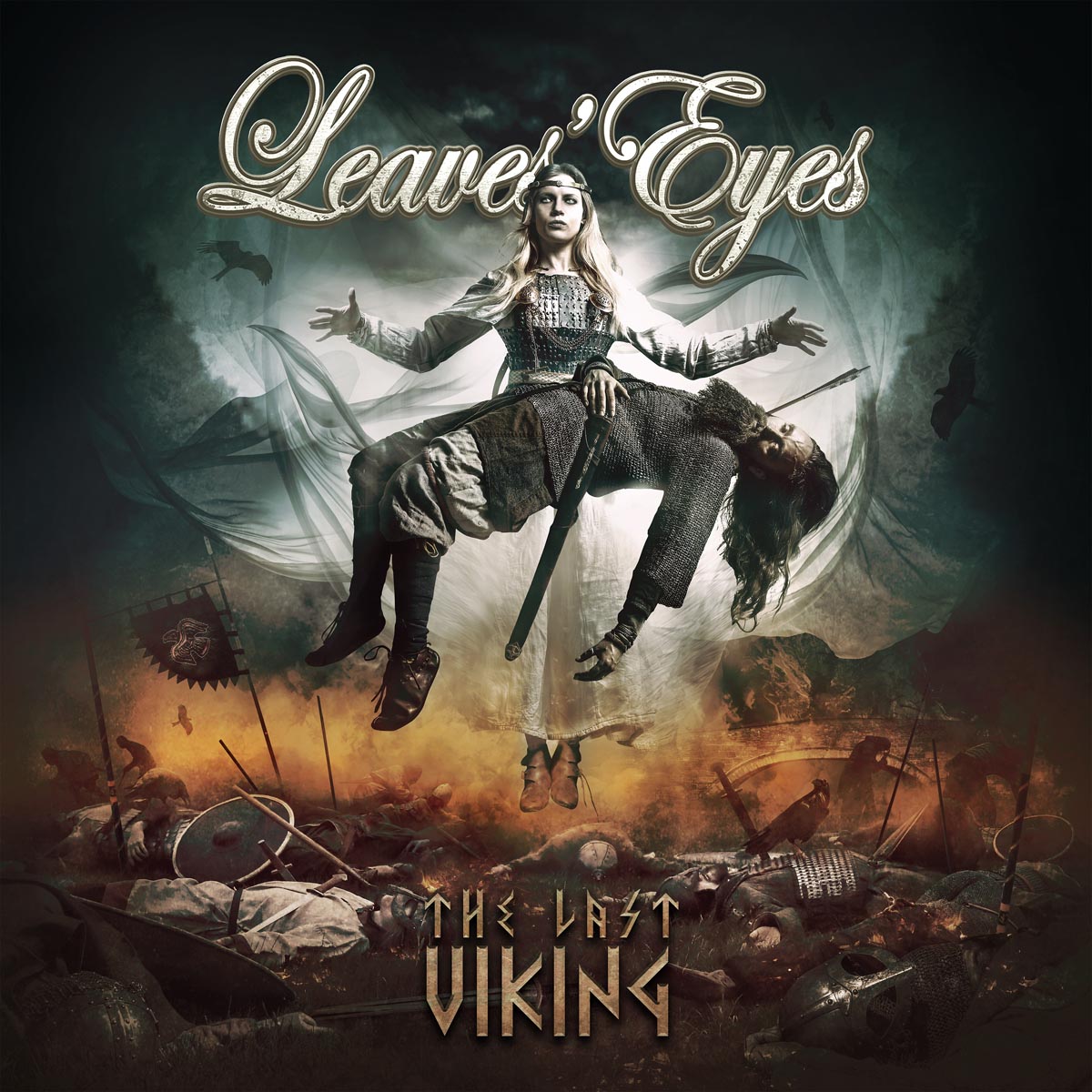 The notion of a German artist taking an interest in the Viking sagas may have become something of a cliché ever since Wagner’s Der Ring Des Nibelungen first hit the concert halls in 1869, but in addition to a musically compelling work, Leaves’ Eyes has taken a keen interest in accurately relaying the history from which they draw their inspiration, to the point where they figuratively remove the erroneous horns that were placed upon the helmets of Norsemen for the past 150 years. It walks a brilliant line between being a grandiose undertaking and featuring songs that are concise enough for mass consumption and can stand independent from the rest of the album. It’s sure to be a welcome addition to the repertoire of any avid Nightwish or Epica fan, and it avoids a lot of the convoluted and occasionally self-indulgent moments that has tended to hamper both this style at times. This isn’t Leaves’ Eyes first voyage on the back of a mighty dragon boat, but it’s arguably their best one yet.

New allegiances give rise to greater exploits as the union of longtime German metal stalwarts Atrocity and the more recent, female-fronted symphonic metal craze yield a grand epic ode to the end of the Viking age.