With an electrified hard rock sound which constantly toes the edges of metal’s extremity, Kill The Lights brings an experienced roster and perpetually youthful imagination to their debut album “The Sinner.” Above all else, Kill The Lights have crafted their stylistic identity as one which comes across in timeless appeal, drawing just as much from pointed modern sharpness as the more universal anguish from earlier eras of hard rock and alternative metal. A broad scope and widely relatable lyrical approaches are the backbone of “The Sinner,” and make for a smooth listening experience even for those without a strong affinity for harsh vocals or the relentless driving edge presented by two dexterous guitarists.

The forces behind Kill The Lights had met multiple times through the past before uniting to create a project of their own, each carrying with them their own claims to fame. On drums is Michael “Moose” Thomas, co-founder of Bullet For My Valentine, while Throw the Fight front-man James Clark takes a familiar role behind the mic. Guitars are covered by Jordan Whelan of Still Remains and Travis Montgomery of Threat Signal to complete a lineup that is anything but green. As much as “The Sinner” is a debut project from this emerging collective, its clean production and clearly focused songwriting are undoubtedly a product of their past experience and successes. Starring a vocal-centric mix and crisp riffs from robust layers of string-work, the album’s structure stands out as easily palatable without structural melodies sacrificed for the brightest accents of Clark’s blistering screams. Interspersed throughout the album are solos which are as much a show of skill as they are of style, Whelan‘s practiced hands making such bright passages seem effortless as they engage with the listener’s imagination.

Kill the Lights also have versatility on their side, swinging from the pop-punchy borders of opening track “Shed My Skin” through the soft reverberations of “Through the Night” without getting bogged down by the wandering tangents a more novice act would be prone to. That said, the album’s former half shows a far less cohesive structure than the latter, stumbling from the furious “Shed My Skin” with its out-of-place spoken word to the uplifting harmonizations in “The Faceless” without a strong forward direction. From here “The Sinner” tumbles headfirst into the acoustic tones of “Through the Night,” which once again resurface in the soft folds of later track “Tear Me Apart.” In this way “The Sinner” certainly carries with it the tones of a true debut, the exploratory probing that strays between comfort and ambition as the group determines which direction to proceed. Only once the standout track “Plagues” ensnares listeners with its pain and dynamic growth across gravelly verses does “The Sinner” truly settle into a fluidly organic rhythm. 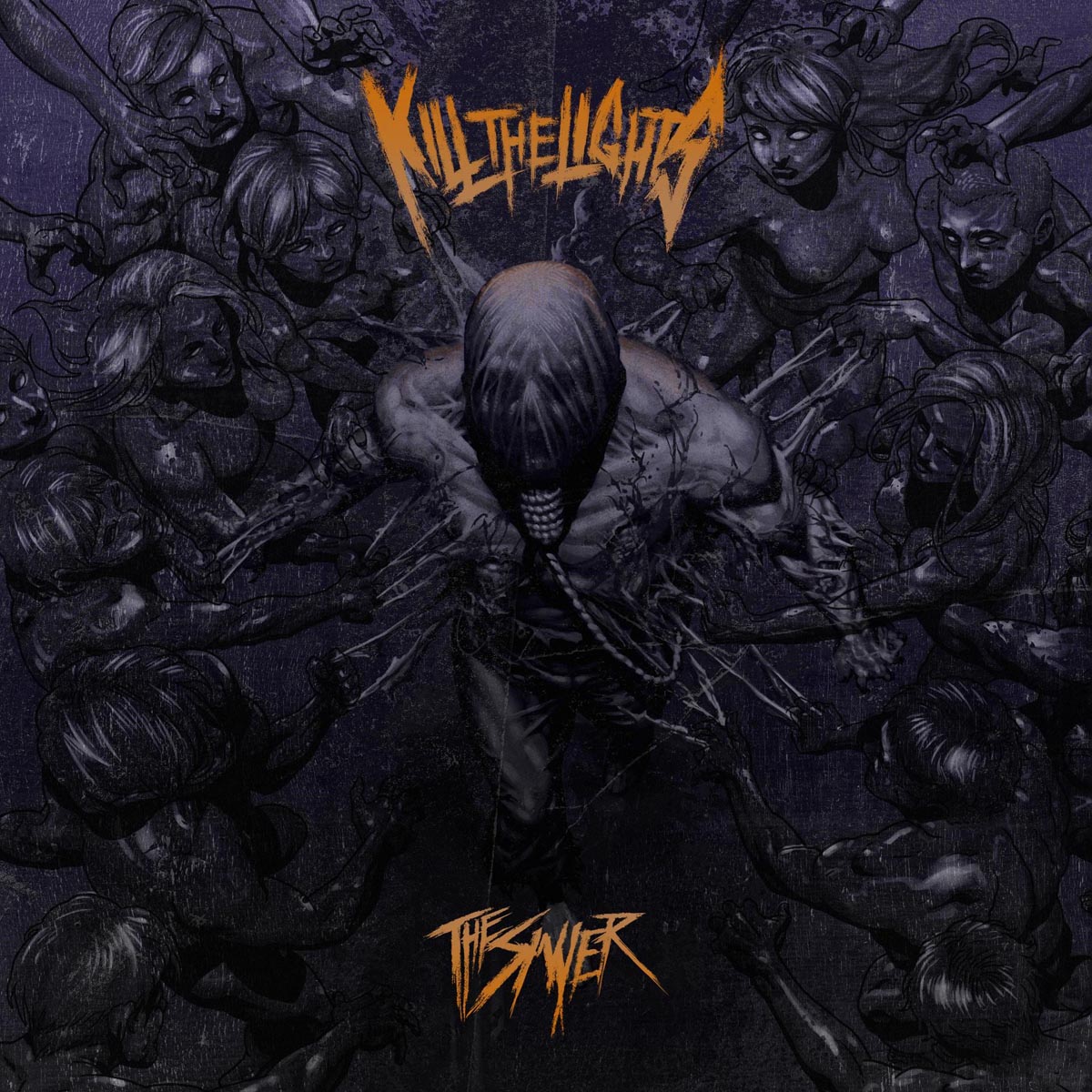 Speed and heaviness are captivating on their own, but it is in the softer tones of “The Sinner” where the most genuine tones of emotion are evoked. Reliance on a formula rooted in head-turning choruses and swift-footed solos make an album which is prepped for a live audience, but “The Sinner” keeps itself grounded with more imploring tones beneath the tracks which seem to be built as arena-pleasers. “Tear Me Apart” is one of the album’s strongest highlights, showing off vocal versatility as well as a songwriting style which succeeds in both a sonic deluge or minimalist approach. Across the album there is a good balance between clean vocals and screaming, but closing track “Unmoved” sees Kill the Lights establish firm footing in an album that crossed a number of boundaries without settling on a single unifying sound.

Broad in scope and technically accomplished in its execution, “The Sinner” is somewhat of an every man’s album that blends in seamlessly among the masses. Credit is due to the creators for working to distance themselves from the projects which they first made their names, for Kill the Lights has emerged as an entity strong enough to stand on its own without losing any of the enthusiasm its founders are known for. Carrying their legacies as well as their new ambitions, “The Sinner” is a debut which brings with it as much modernity as nostalgia for an era of metal that is a decade past.

Traversing familiar territory for its experienced members while striking a undeniable independence from their legacies, “The Sinner” is broad in its appeal and timeless take on heavy music. With room for their ambition to grow, Kill The Lights establish themselves in an album which drives in on big choruses and strong melodies.