As I stated in my concert review of his show at Red Rocks earlier this year, Joe Bonamassa puts on a great display of musicianship and entertainment in a live setting. His blues oriented setlist flirts with monotony but escapes entrapment by featuring an outstanding support band, lots of extended solos and an overall energy that comes from a team pushing ahead with raw live energy… so what happens to Bonamassa’s blues when held within the confines of the recording studio? The honest answer is, it depends on which record we’re talking about. Some Bonamassa records at times encourage the use of the skip button. Others are sometimes hard to get all the way through before feeling repetitive. There are only so many shades of blue you can color with, right?

Fortunately with Redemption, Joe’s 13th studio release, he and producer Kevin Shirley conspire to use every single crayon within the blue color box to deliver one of his best studio releases to date. Bonamassa has never sought to hide his affinity for guitar based 70s classic rock, and his Black Country Communion project (which includes the son of Led Zeppelin drummer John Bonham, as well as Deep Purple alumni Glenn Hughes), gave him plenty of room to conjure up the ghost of Jimmy Page. It even appears said ghost managed to linger in the studio where they recorded Redemption, because the opening drumbeats of “Evil Mama” are exact replicas of the Zeppelin‘s classic “Rock and Roll.”

Things quickly veer off into funky, horn popping territory though, when instead of hearing about how it’s “been a long time,” Joe questions why he’d let a difficult dame put her chains on him. With a tasty wah-wah guitar solo and some fantastic background vocals from Bonamassa’s knockout background vocal trio of Mahalia Barnes, Jade McRae and Juanita Tippins, “Evil Mama” is slinky, infectious and instantly a great album opener that’s hard not to move to.

The tone shifts from accusatory to celebratory with a rockabilly styled second track called “King Bee Shakedown,” which doesn’t break a lot of new ground in style but moves the record lightly into a fun and different shade of blue. Next, “Molly O” opens with another familiar sound, only this time it’s a reprise of the slogging beat of “Mountain Climbing” from his previous studio record. Whether intentional or not, it will be very familiar to fans of his previous record, as will the breakdown middle section that gives a big ol’ nod to Zeppelin. It certainly would sit comfortably on a new Black Country Communion record, as well.

“Deep in the Blues Again” picks up the pace with a song structure that sounds like it came from a Bad Company record from the Paul Rodgers era. These are points of reference, not deductions for resemblance, and the song has a highway drive, jangly timbre that’s upbeat and accessible. Just when you’re getting comfortable with the happiest shade of blue, “Self Inflicted Wound” strikes next, bringing things way down and inward. It’s a lamenting and tortured blues track that is slow but strong, and manages to avoid dragging down the listen in part with the gutsy, gospel sounding backup vocals and a melodic-but-crying guitar solo that leaves you feeling a little sad and lonely by track’s end. Joe achieves a high point on this record by going way low. 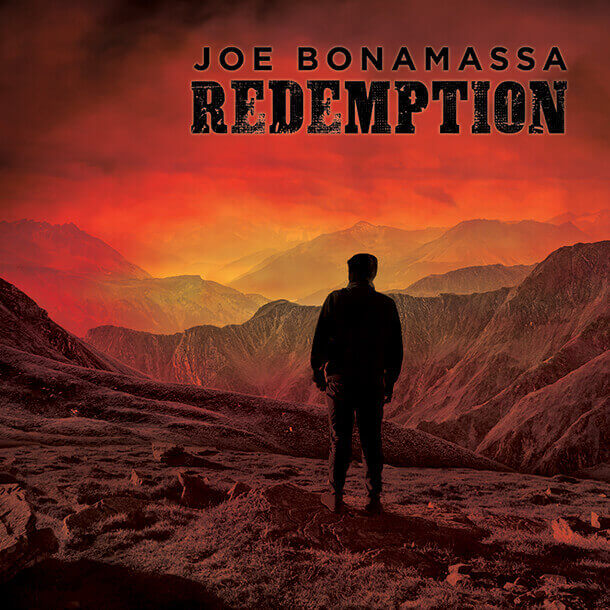 “Pick Up the Pieces” moves into slightly brighter territory with a vaudeville type piano tone that sounds like it was meant to accompany a scratchy, old black and white movie. It’s not one of the stronger tracks on the record and gets old pretty quickly, but it certainly provides a contrast to what comes next. “The Ghost of Macon Jones” is a faster paced country blues tune that spotlights the guest vocals of Nashville country singer Jamey Johnson. It’s got a bit of an old Western vibe that’s far more Johnny Cash than Luke Bryan, and it also sounds like nothing else on the record. By now it’s become very obvious that this is probably the most diverse Joe Bonamassa record in his cannon.

“Just Cos You Can Don’t Mean You Should” sounds like it could have been a B.B. King track that seems to be inspired by the late, great Gary Moore. It’s a nice and steady platform for a couple tasteful solos that are supported by a punchy horn section, and it’s another song which is instantly accessible and will work well in a live setting for both Joe and organ player Reese Wynans to do “their thing”. The title track, “Redemption,” trades the outspoken electric playing of the previous track for a sliding acoustic bed that is another reflective, solid song that works as well as it does in part because Joe delivers a really good vocal that is forcibly countered by the awesome background vocals of his secret weapon trio of ladies mentioned previously.

“I’ve Got Some Mind Over What Matters” throws the pace back into higher gear and moves into some cliché blues territory that has a bit of humor and a bit of bite, and it nicely tees it up for the heart-breaking, stripped down, acoustic lament of “Stronger Now In Broken Places.” Joe’s vocal is solid here but for some reason I could completely hear this track being a Bonnie Raitt hit. It’s another low, slow track that captivates and crushes. The records wraps with a more predictable blues rock number, “Love Is a Gamble,” that delivers the final payout on an album that is anything but a game of chance if you’re looking for at least a couple strong Bonamassa tracks.

Joe is apparently experiencing some new territory in his personal life, and it has spilled into the recording studio to good effect, making Redemption a diverse and entertaining listen with a some really solid songs that could serve as good of a starting place as any for a new listener to discover how the geeky white suited one is keeping the blues alive today. A welcome addition to his catalog with a few favorites that will get repeated listens!

Joe Bonamassa steps up for his 13th studio outing and delivers some strong material that’s about as diverse and seasoned as one can go while remaining within the very limiting confines of the blues. Outstanding players and competent production hand make it a very listenable and representative introduction to the uninitiated of the best-selling bluesman