Some of the best attempts at genre-bending metal occur when artists balance the strengths of wildly different sub-genres to create a sound that draws evenly from the best of both worlds. More often than not, the seamlessness of the blend is essential to the style’s success, with abrupt transitions ruining any hopes of immersion. However, it seems that progressive metal band Isle of the Cross has proven themselves exceptions to the rule with the abrupt, jarring amalgamation of metal influences that make up the tumultuous tides of their debut album “Excelsis.” A concept album whose strongest common thread is the recurrence of progressive roots, “Excelsis” spans twelve momentous songs that capture emotional aptitude in exceptional and unforgettable melodies while subjecting the listener to an exhaustive tour of seemingly countless mood changes.

As “Excelsis” runs its course, listeners are initially bombarded with unrestrained brutality near the far fray of musical extremity, just to later find relief in the swelling grandeur of operatic symphonic metal. Even this heavenly light shows itself to be a false respite, as subsequent tracks descend into the abyss of stunningly technical death metal. However, the demonstrations of such changes are only a small showcase of the surprises that Isle of the Cross has in store. Before embarking on the “Excelsis” journey, listeners should be prepared to find energetic acoustic interludes, a surprising and unconventional multi-instrumental approach, and the contrasting delight of multiple talented vocalists. Founded by songwriter and multi-instrumentalist Je Schneider, Isle of the Cross presents a debut that speaks to the realm of richly textured absurdist art, broaching the swelling seas of the avant-garde.

It is the abrupt transitions and sheer chaos of “Excelsis” that make the album as enthralling as it is, listeners forced to the edge of their seats in anticipation. One of the most apt examples of this phenomenon is the first single and second track on the album, “Tartarus.” A slow and heavy opening sends waves of heat over the listener, a deep and throaty vocal delivery giving the impression of something menacing rising from the depths. While the vocals steal the spotlight with hot waves of acrid breath, when coupled with a purposeful guitar, they are all-enveloping. Nearly halfway into the song the metal instrumentals drop into nothingness, leaving no transition to an acoustic guitar and quickly mounting manic flute. When the drums and guitar find their reintroduction, synth and other electronic backing tracks pull away from the first two styles of the song entirely, a more modern approach to death metal. There is absolutely no tells or warnings when the song is preparing to shift gears, making every minute of the eight-minute long track one that brims with anticipation and uncertainty.

Schneider didn’t just turn to a host of instruments and varied playing styles to paint the canvas of “Excelsis,” but also tapped the talents of multiple vocalists. Vocal talents on the album include Scheider himself, Diane Lee, and Eric Castiglia showcased in a dynamic range that swings from singing, to shouting, to guttural screams. Touches of spoken word later in the album accent the concept alongside a diverse lyrical script, following two lovers who eventually seek to find one another in the afterlife through whispers and song. Other tracks seem to need no words, such as the symphonically-driven title track “Excelsis,” which leans deep into large melodies and choral grace to propel it towards heavenly heights, a world apart from the hellish fires of prior track “Tartarus.” Rich with the unexpectedly uplifting appearance of bright keyboards cascading at impressive speeds, Schneider’s work on the keys is a perfect compliment to the positive spurring of Eric Gillette’s guitar. The rapid switch of styles between these two tracks is proof that Gillette reaches far beyond narrow mastery, effortlessly moulding his playing style to the precise atmospheres that Schneider conceived.

Branching from symphonic and tying in more elements of power metal is the chorus of “Paradigm,” a track which opens much in the vein of old school death metal. In one of the most infectious and memorable melodies of the album, “Paradigm” demonstrates the capability of stylistic flux once more, as the chorus diverges into heavy distortion and barely audible growls, Gillette’s guitar muted in the sea of madness. Fortunately the guitar re-emerges as a dominant force after a cryptic voice-over, providing one of the most exciting solos on the entire album, and an undeniable progressive flair. 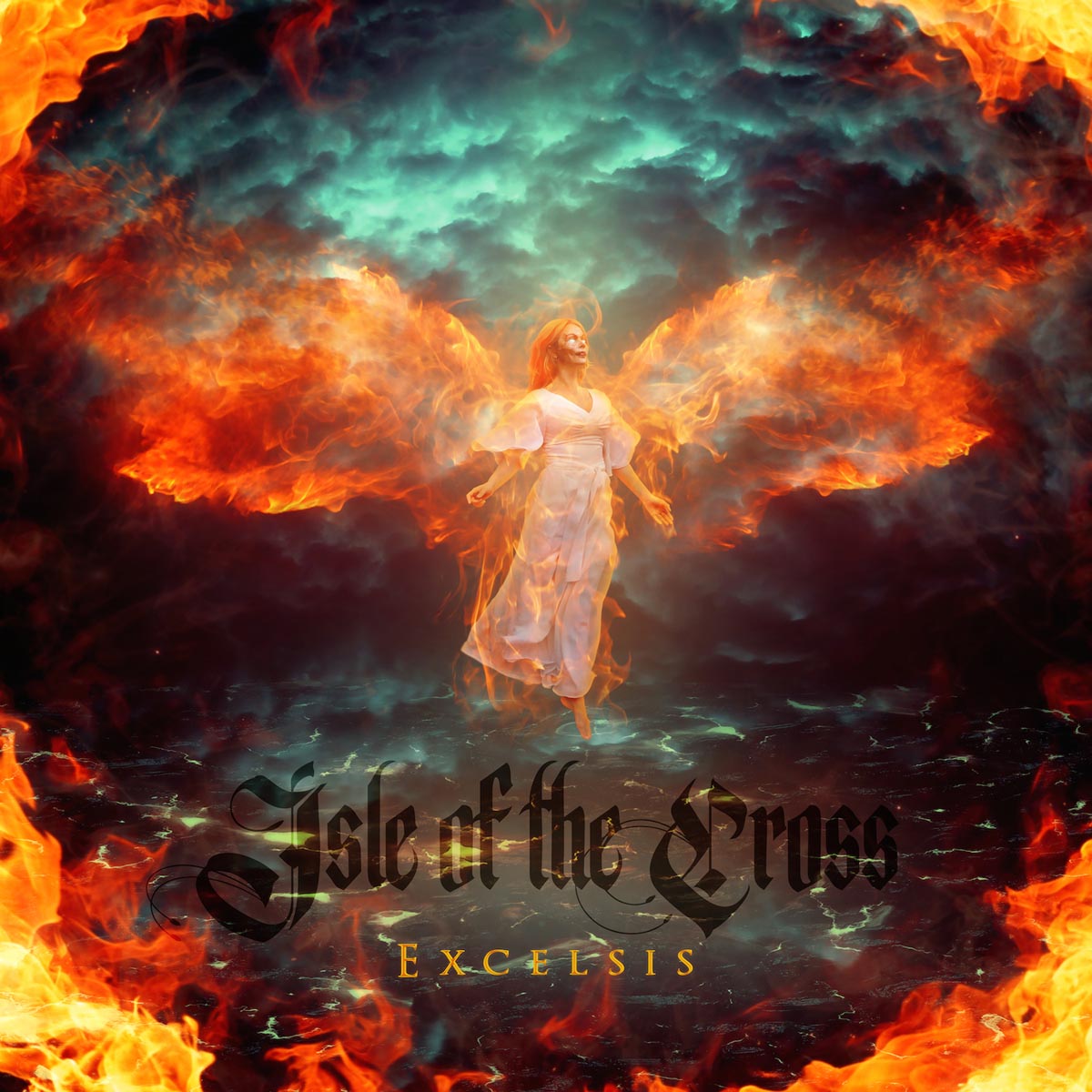 Despite numerous mentions to the chaos of this album, there is no question that Schneider has approached “Excelsis” with a near surgical precision and the utmost respect for his craft. The simulation of chaos is as much an art as the creation of peace, particularly given just how carefully each transition is timed. “Excelsis” is certainly proof of the joy of creation and creative fearlessness, but given the range of styles that it covers in even one of its tracks, it is difficult to see how “Excelsis” will reach broad, cross-genre audience. For every moment of brutal aggression, there is a taste of operatic grace. For every soul-shredding guitar solo, there is an electronic resonance. For fans whose tastes do not transcend sub-genre entirely, “Excelsis” is an incredibly daunting theatrical behemoth.

Isle of the Cross is truly the work of a mad genius, painting a comprehensive and compelling picture from components that have no natural right to exist in the same breath. Yet Schneider’s careful songwriting has led to an enigmatic journey that proves to be unparalleled in ambition and poise. With stylistic surprises aligned to send sonic shocks directly to the heart, “Excelsis” captivates and titillates in the most unexpected ways. Given all this album has to offer, it’s impossible to listen only once, and each journey through the waves of “Excelsis” leads to a new discovery. Taking progressive metal to the ceiling of avant-garde and beyond, Isle of the Cross has made a remarkable debut that gives a tantalizing look at just what composer Je Schneider is capable of in the realm of extreme music.

Tackling a swathe of subgenres with near reckless abandon, Isle of the Cross debuts an absurdist masterpiece that forges previously unthinkable stylistic unions in spectacular creative vision. A concept album devised by a brilliant virtuoso unafraid to challenge the unthinkable, “Excelsis” is a work that transcends genres and awes with its seemingly boundless sonic scope.