Behold the mighty crest of the empyreal.

The prowess of a power metal band is most commonly measured in how memorable of a principle hook they can muster in the midst of a flurry of speed metal riffs and high octane drumming, but having a good story to go with the music never hurts. The story of Iron Savior can be regarded as the ultimate manifesto of what defines the sub-genre, and it’s a twofold affair that covers the band’s real life origin as well as the fantastical Sci-Fi storyline that has adorned every LP to come out of their arsenal since the late 1990s. Originally based upon a singular song that front man and founder Piet Sielck composed during his brief tenure in the early 80s with what became Helloween (back then they went by the name Gentry, and later Second Hell), it would later morph into a full blown band and forerunner to the millennial power metal revolution after Piet spent years as a studio engineer and producer, originally featuring longtime friend and associate Kai Hansen and Thomen Stauch of Blind Guardian fame.

Over the years Sielck has seen the lineup of his brainchild shift many times, leaving him as the lone founding member of the fold, yet his eye for talent and his power of vision has yielded a highly consistent output of top grade power/speed metal that bridges the stylistic divide between the melodic pomp of Helloween and Running Wild, and the thrashing aggression of Blind Guardian and Grave Digger. Though in recent years they’ve occasionally found themselves veering a bit further away from the elaborate yet vintage character the typified their early albums, with the release of 2020’s “Skycrest,” it appears that Iron Savior is opting to turn the clock back a bit toward when the band’s approach was on the more epic side of the coin. To be fair, this is a band that has stuck pretty close to home throughout their career and only made a few occasional evolutionary strides, but they were at their creative peak when their first trilogy of albums in the self-titled debut, “Unification” and “Dark Assault” respectively were unleashed.

Taking a page out of the book of their debut album and, perhaps to an equal extent its follow up 1999 smash, things begin on a notably grandiose note. The opening prelude dubbed “The Guardian” has all of the spacey keyboards and Brian May-inspired lead guitar harmonies to rival the pomp of “The Arrival” off their first LP, and also has a bit of a looming character similar to the brief intro of “Coming Home” off of “Unification,” and sure enough the song that immediately chases it, namely title song “Skycrest” has a similar feel to that of the aforementioned song. The atmosphere is naturally a tad denser here, as there is some peripheral orchestration going on behind the flood of riffs and soaring vocals that has been more of a staple of this band’s 2010s output. Yet even more brilliant than the mixture of keyboards and conventional metal instrumentation is the riveting guitar solo interchange between Sielck and fellow axe-man Joachim Kustner in Tipton vs. Downing fashion, a staple that is reprised on speedier numbers like “Welcome To The New World” and the thrash-happy crusher “Silver Bullet”. 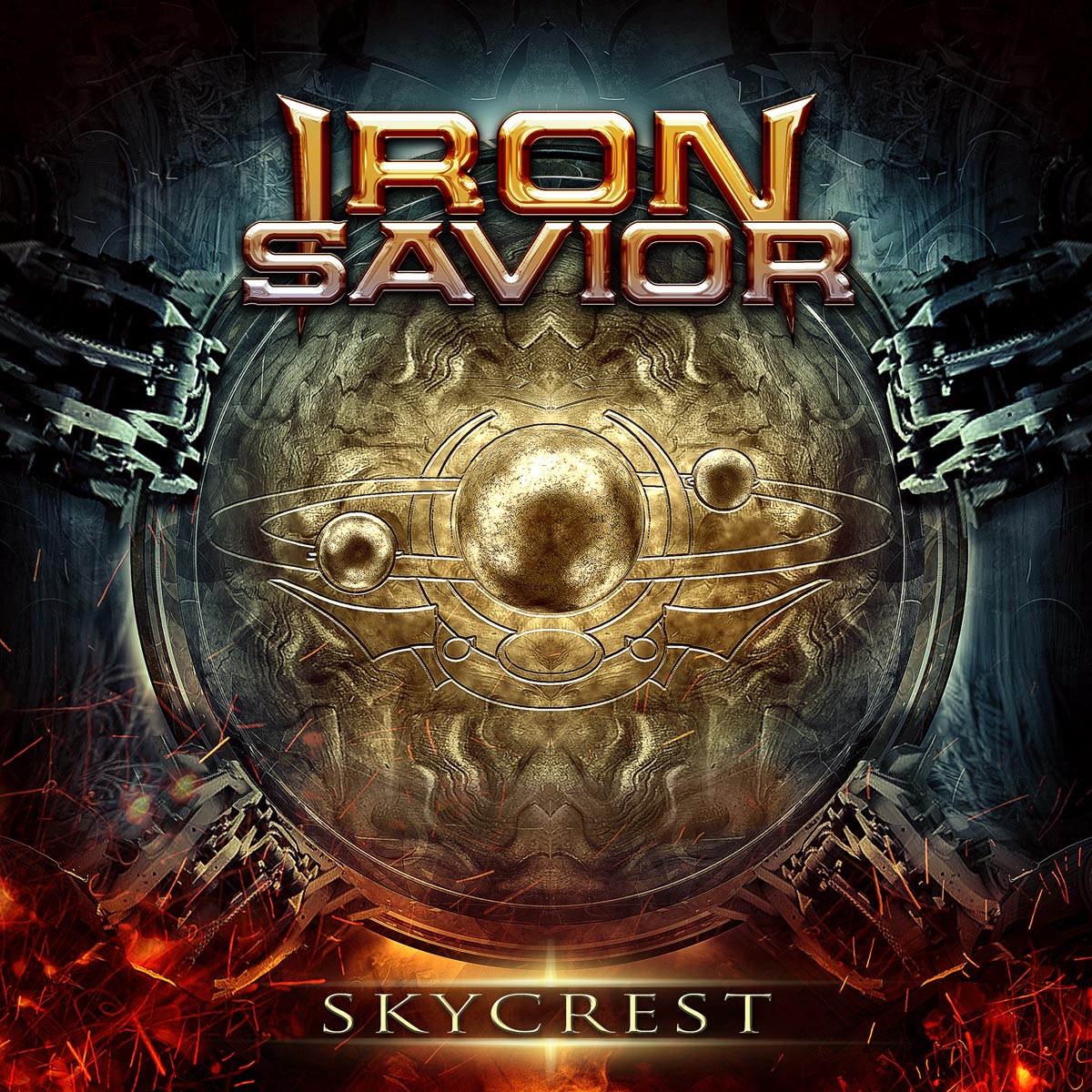 From one fist-pumping anthem to the next, this album delivers in true Iron Savior fashion, with no slouches to speak of and few moments of respite from the high octane splendor. Even when brought down to a tempo that’s more along the lines of a mid-paced roar such as on the heavy pounder “Hellbreaker” or the groovy rocking swag of “Raise The Flag”, the attitude factor is kept to the max, as Piet’s vocals manage to reach lofty heights while also having that gravely and distinctively German growling quality that reminds one of Chris Boltendahl and Rolf Kasparek back during their bands’ formative years. But even more impressive than the raw energy is how it is focused into bringing old and new together, as swift coasting anthems like “End Of The Rainbow” and the band’s tribute to The Highlander “There Can Be Only One” can’t help but sound like they were re-forged from the band’s late 90s arsenal. Curiously enough, the nostalgia factor reaches a fever pitch on the album’s lone ballad “Erase Your Pain”, where bassist Jan-Soren Eckert takes over on vocals and delivers a spellbinding performance likely inspired by his recent battle and victory over Covid-19.

In the grand scheme of this power metal institution’s more than 2 decade history, now spanning eleven full length albums (twelve if counting their 2017 compilation of re-recorded early songs “Reforged – Riding On Fire“), this is on the upper echelon of what they’ve accomplished. Per Piet’s own testimony, he believed that this album had the potential to reach the same heights that their debut album, “Condition Red” and “The Landing” have in the past (I personally put “Unification” at the top of their discography), and it’s difficult to disagree given the magnificent results that have been realized here. It seems that with each passing year the mighty satellite featured in their ongoing story arc that carries the band’s name sake is keeping watch over this band as much as it is the mighty kingdom of Atlantis, and has seen them through this tumultuous year without them losing an iota of their potency. 2020 may go down as the worst year of the current century in many respects, but the output in the metal world isn’t one of them if this mighty opus has any say in the matter.

One of Hamburg’s premier power metal exports and purveyors of all things Sci-Fi returns with a vengeance a mere one year after a powerful 2019 showing, treading ever closer to their speed-infused early greatness when famed Helloween co-founder Kai Hansen was in the fold and the style was at its apex.