Some four years in the making, Infinite & Divine’s “Silver Lining” is a promising debut offering listeners an infectious blend of synth-tinged metal and soaring vocals.

Infinite & Divine’s roots can be traced back to 2019 when seasoned songwriter/producer Jan Åkesson met Terese Persson (credited as Tezzi). The two immediately hit it off, and the collaboration that followed eventually led to the writing and recording of “Silver Lining.”

The template for the band’s sound, a compelling marriage of aggression and soul, is immediately established with the album-opening “I Feel Alive,” a track that rides a pummeling riff into one of the record’s most memorable hooks. “Infinite & Divine,” with its steady, mid-tempo groove, takes things even further into AOR territory while “Keep Moving On” has ‘lead-single’ written all over it. Meanwhile, tracks like the driving “Wasteland” and the nearly six-minute epic “We Are One” illustrate the band’s ability to ‘shred’ with the best of them.

Åkesson, who handled both the production and instrumentation (save for Jens Westberg’s drumming), has crafted an eclectic batch of songs here. “Silver Lining” runs the proverbial gamut, touching upon a bevy of metal subgenres while delivering consistently memorable riffs and some pretty impressive lead work. 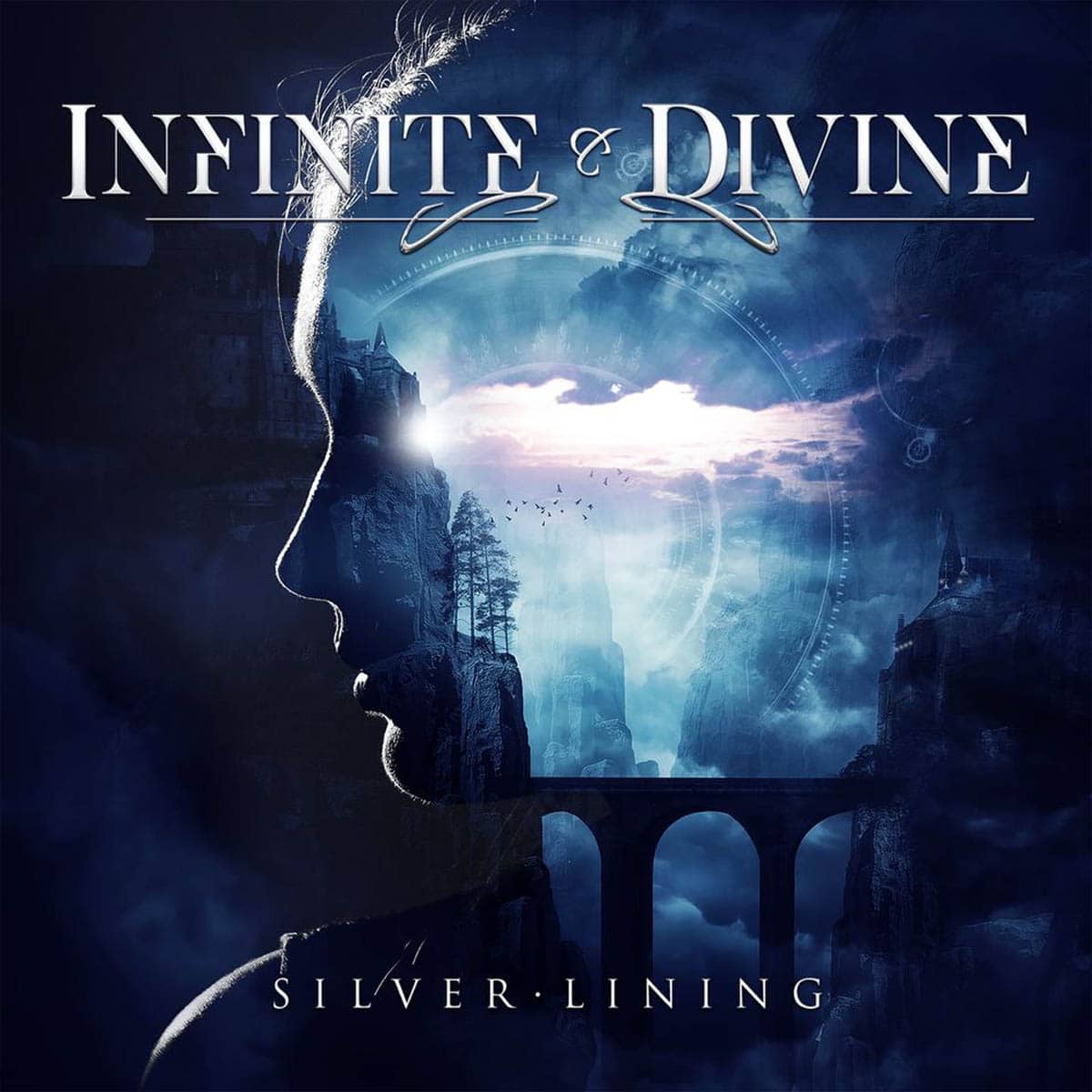 For her part, Persson’s vocals elevate much of the material here, adding a soulful, ‘human’ quality to the otherwise guitar-heavy mix. While she capably navigates the dense, heavier sections of “Silver Lining,” it’s during the album’s less cluttered moments (“While You’re Looking For Love”) where her voice shines the brightest.

For all of its strengths, “Silver Lining” is far from a perfect album. Mired in mid-tempo numbers, the album loses momentum, rendering the second half a bit of a slog. Additionally, Åkesson’s ‘everything-and-the-kitchen-sink’ approach to the production makes for a mixed bag, leaving little room for Tezzi’s vocals on a number of these tracks. That being said, there are a handful of ‘keepers’ here, and I suspect that if the duo continue down this path, a ‘classic’ album will be the result.

The takeaway here? While it’s tempting to draw comparisons to other female-fronted metal outfits, Infinite & Divine’s “Silver Lining” succeeds in pairing a fresh ‘voice’ with a compelling marriage of aggression and soul.

While there’s certainly room for improvement, Infinite & Divine’s debut album, “Silver Lining,” is a promising effort that succeeds in offering a fresh take on the synth-tinged, melodic-metal formula—here’s hoping for more.