Driven by seemingly ceaseless innovation, death metal has entered a spectacular golden age. This is due, in part, to the brave pioneers that have strived to combine subgenres that had never dreamed of bushing shoulders in the past. Projects such as Iapetus have discarded any notion of short, explosive death metal sound bites in favor of a progressive flavor that combines a carefully crafted atmospheric songwriting with the technical musicianship of prog. A two-man studio project, Iapetus arrives on the scene with their sophomore album, “The Body Cosmic,” aiming to create a world that draws listeners in with a scalding combination of both awe and force.

When Ne Obliviscaris emerged from the dark in 2012 with “Portal of I,” they carried a bold promise: they would build on the tenets that had allowed death metal to flourish for decades, but would increase intrigue by tenfold, featuring harsh and clean vocals interwoven with violin. In a groundbreaking marriage between progressive and death, following in the footsteps laid by Opeth, the opportunity for complexity to flourish alongside brutality was welcomed eagerly into the metal mainstream.  For Iapetus, in creating a similar atmosphere of both wonder and aggression, it was only sensible that they would draw assistance from metal’s finest. For the drums on “The Body Cosmic,” Iapetus has tapped the talent of Ne Obliviscaris’ own Dan Presland to fill out the similarly demanding and lengthy songs. For a project that strives to fill the same niche that Presland comes from, his style and capabilities are a seamless fit to Iapetus’ ambition.

While the tracks from “The Body Cosmic” may fit comfortably alongside tracks from “Citadel”, Jordan Navarro and Matthew Cerami have leaned more heavily into the premise of creating an enthralling alternate dimension than the genre’s predecessors. They accomplish this by weaving together an album-wide concept that shines through in not just titles, but in lyrics and musicianship. The songwriting relies on explosive grandeur to build out the tracks, one of which spans eighteen minutes long. Promising listeners a world that matches the scale of a science fiction space opera, Iapetus have poured their hearts into painting galaxies with their guitars. With four tracks that are ten minutes or longer out of nine total, “The Body Cosmic” is a project that offers listeners more than seventy minutes to fully immerse themselves in a world of the musician’s careful making.

No matter the temptation of what could lie within eighteen minutes of progressive melodic death, “The Star of Collapse” is not the album’s most captivating for this ears. At approximately fifteen minutes long, “I Contain Multitudes” is the standout track that will keep listeners coming back for more. A strong opening comprised of brutal screams might bring the heat right out of the gate, but a mere few minutes pass before the song pivots, relaxing into a melodic guitar passage that builds on bright touches of piano.  Further adding to the depth created by a tastefully mixed blend of instruments is a verse of clean vocals, contrasting brightly against the screams that had just faded. Female vocals contributed by Ethan Navarro are bright and refreshing against the occasionally dense instrumental mix, and fit the organic flux achieved through instrumental tides. 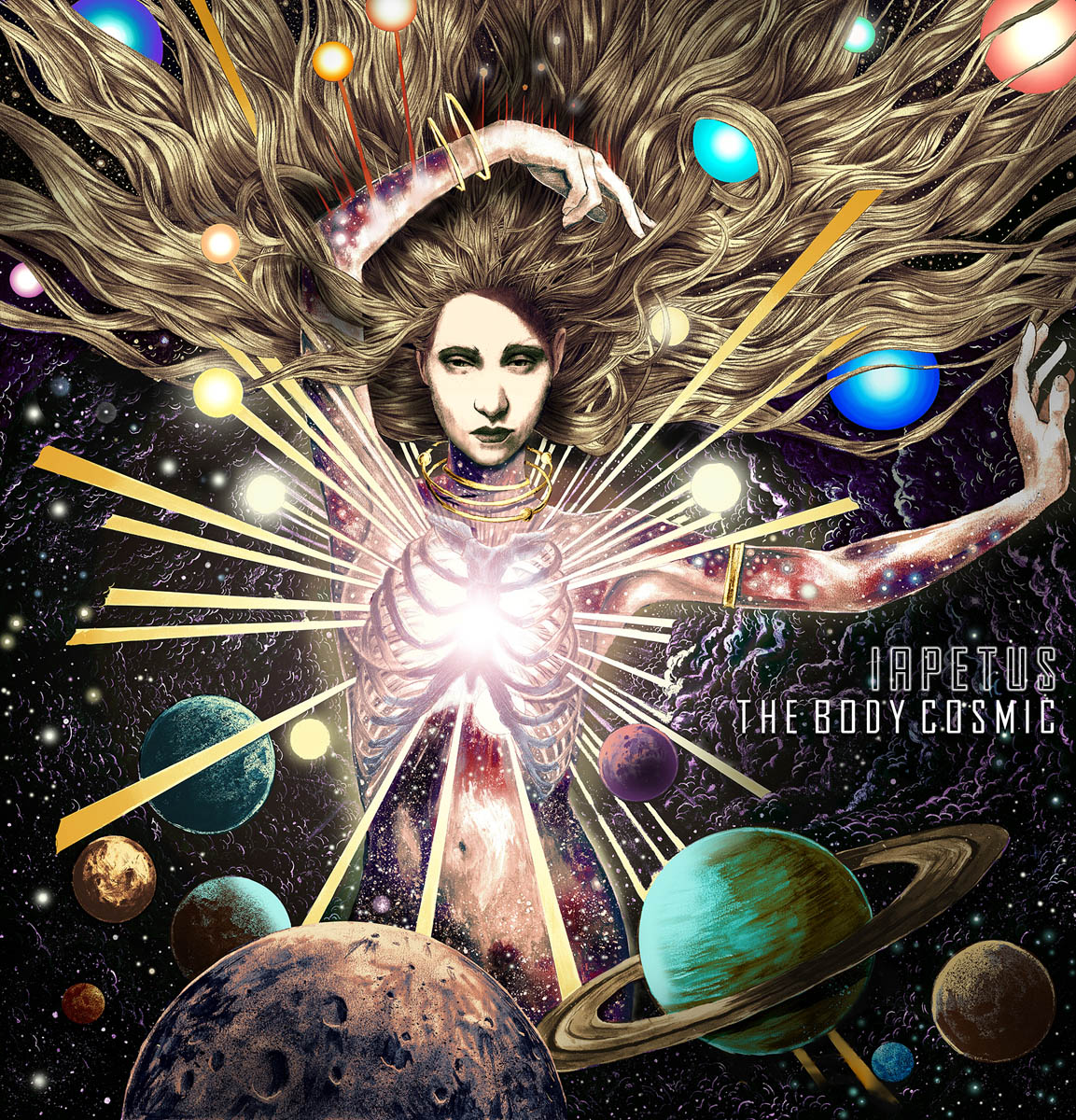 Though the longer tracks may draw initial attention out of sheer curiosity, one would be remiss to overlook the shorter interludes that sum to add considerable bulk. Each shorter track plays a crucial role in crafting the cosmic atmosphere that Iapetus seeks to build, serving also as much-needed breaths of air from what is otherwise a brutal onslaught demanding a great deal of attention. One such example is “Hadean Heart,” a slow and thoughtful interlude that exudes peace from gentle guitars and long pauses of silence in the song’s intro. To be so pondering after songs filled with unrelenting heaviness is enchanting to intoxication. In “Hadean Heart” there is nothing but the opportunity to close one’s eyes and breathe in, losing themselves in the light air of solace that it brings.

The capabilities displayed on the shorter tracks also highlight some of the difficulties faced by the album. While it’s certainly a feat requiring incredible skill to write and perform a song that is nearly twenty minutes long, in doing so, it is equally important to give each of those minutes a clear direction. On “The Star of Collapse,” there are a number of directionless minutes, which seem to build to nowhere. This time doesn’t seem to contribute any additional depth to an already expansive concept, making the track more of a show of endurance than pure technical ability. After the first track, neither Navarro nor Cerami have anything to prove in technical capabilities, but seem to have taken full advantage of creative liberty to let their imaginations run wild.

“The Body Cosmic” is a balance between the style that other bands in the genre have already explored and a bold concept that spans the scale of the cosmic. No lack of talent went into pulling off a stunningly mature sophomore album, not limited to Presland’s significant contributions. Mixed by Linus Corneliusson (Ihsahn, Dark Tranquility) and mastered by Tony Lindgren (Opeth, Swallow the Sun), there was no shortage of expert hands contributed to crafting the final project. Iapetus has aimed for the cosmos with a litany of stars by their side, and there’s no question that this project is on a clear upward trajectory.

A creative studio project sees its opportunity to flourish in Iapetus, in an album built by not just passionate musicianship, but by the guiding hand of experts in the genre. Seeking to attain an experience cosmic scale, fans of both the unbound aggression of death metal and the intricacies of progressive metal will find themselves comfortably at home within the realm of “The Body Cosmic.”