When Hasse Fröberg & Musical Companion released their debut album Future Past in 2010, it was an unexpected revelation as one of the year’s top prog-rock releases. An extended hiatus by Fröberg’s main band The Flower Kings between 2007 to 2012 afforded his own project to come to life and three albums later they are about to release Parallel Life.  Fröberg has chosen well regarding his musical companions: this is a killer band who know how to deliver on stage as well as in the studio. As the lead vocalist, main songwriter and second guitarist, Fröberg’s name may belong front and center but one of his strengths is knowing who should have his back and support his vision, as this Companion dutifully does.

The title track is the longest piece that the band have ever delivered and is an impressive opener. A slow symphonic buildup over the first minute is interrupted by the band kicking into gear, giving the impression of a live show; it’s an engaging way to start an album. Fröberg’s vocals finally enter triumphantly at the three minute mark, singing “Everyone’s a prophet” over an eastern scale. Pulling off a convincing 21-minute epic isn’t an easy endeavor, but what this one has going for it are strong melodic sections, sung with earnestness from Fröberg. “What you give is what you get, no time for regrets, don’t you forget what goes around comes around.” is sung almost as an anthem. These are melodies that will stay with you and ultimately make this extended piece fly by. Of course, there are long instrumental sections in between the vocals, with Kjell Haraldsson providing three different keyboard solos in a row, Anton Lindsjö getting in a beautiful guitar solo and even Ola Strandberg bringing in choice fills throughout. All of the HFMC musicians are truly stellar. The piece closes with a climactic three minute progression that draws “Starship Trooper’s” Würm to mind. It’s the kind of ecstatic classic progressive rock form that could continue endlessly, and indeed it feels almost sad to not get a least a couple more minutes worth of development. Still, this epic is pretty much worth the price of the album right here…we’re off to a good start.

Lengthier tracks are favored by the band with three more songs coming in over the eight minute mark, all of which are also highlights of the album. Of these, “Time Waits” may be the most successful. It is notable for being written by drummer Ola Strandberg who also has a beautiful lead vocal cameo in the middle of the song – he certainly could take the front mic more often. His writing style blends in seamlessly with the sound of HFMC, except there is a strange aspect where Fröberg’s voice isn’t ideally suited to sing a repeating interval during the opening verses. It would probably sound fine in Swedish, but feels a little clumsy here, though a fairly minor quibble as the rest of the song lands just right. “Rain” starts off as the album’s ballad reflecting on the passing away of a friend or relative, but then travels through several well-written passages before ending with an unexpected joyous shuffle, choosing to celebrate the person’s passing rather than lamenting in sorrow. The song also showcases guitarist Anton Lindsjö with a mind-blowing solo that yet again highlights the talents of this band. “Never Alone” is a grand way to close the album, complete with enigmatic choruses and closing progressions on organ while electric guitar soars overhead, dancing with Fröberg’s wailing voice. 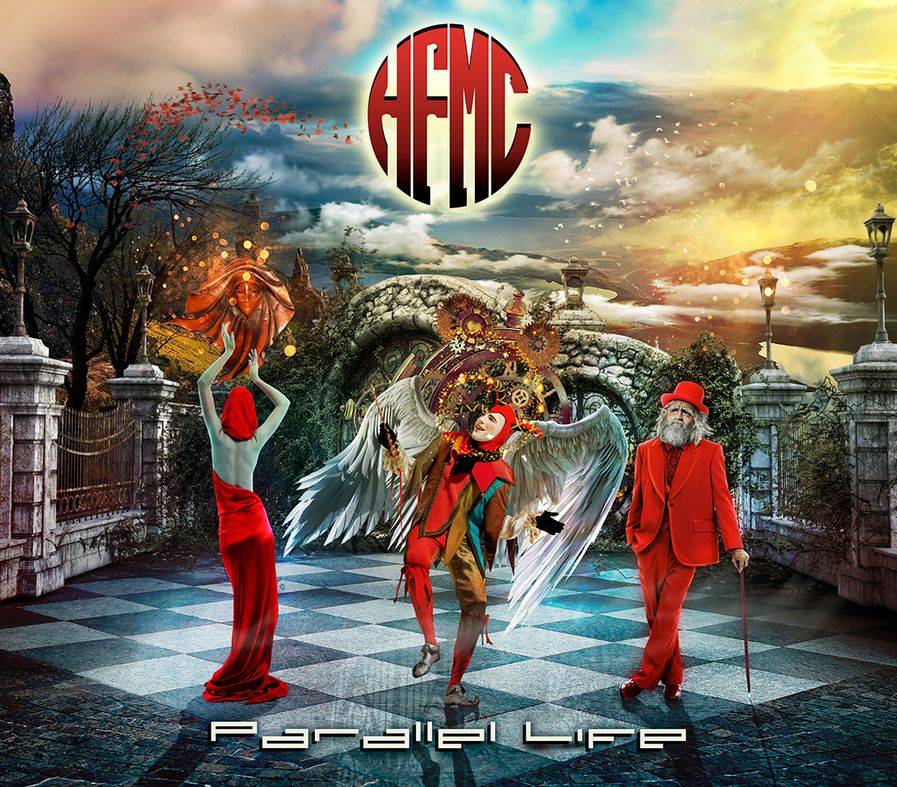 HFMC also has a knack for writing shorter songs, sometimes bordering on being compact prog “hits”. “Sleeping With the Ghost” is one of these, boasting plenty of musical muscle even while keeping it accessible and catchy. Simply a fabulous song. “All Those Faces” adds a little more electronic sequence to it and is clearly the most pop song of the album, propelled forward by Thomsson’s pulsating bass line. If only the popular rock bands on the charts had this much talent! The band succeeds in this format too, and the song provides a nice contrast to the other proggier material. There’s usually one all-out rocker in the bunch (such as the excellent “The Ultimate Thrill” from their debut album), likely harkening back to Fröberg’s rocking days in his band Spellbound from the ‘80s. Here that song is “Friday”, giving license to kick back and pour a glass of wine. While not bad for a straight ahead party song, in the context of the strength of the rest of the album, it comes off feeling a little like a filler track, especially with a chorus that only features one word. Indeed, it may just be that he sings “Friday” about three dozen times too many. Fr-fr-fr-Friday!!!

After four good to excellent albums, HFMC is starting to feel like one of prog’s best kept secrets. It’s time to let that cat out of the bag. Hopefully Parallel Life will broaden their exposure and grow Sweden’s prog-rock reach even further. The colorful album art from ace artist Ed Unitsky should help pull some eyes towards this band, too. These are top-notch musicians surrounding an engaging lead man, writing melodic, accessible and intelligent progressive rock. While The Flower Kings (who are also releasing a new album later this year) hold much greater recognition, it’s time for HFMC to come into a spotlight of their own. Grab this album and their debut Future Past too, while you’re at it. Good listening is ahead, my friends.

Able to meld the worlds of melodic prog, rock and countless influences, Hasse Froberg & Musical Companion are a band whose time have come. These musicians are of the highest caliber and deserve to be heard. Fans of Southern Empire, Neal Morse-related bands and of course The Flower Kings should take note