Subjecting oneself to the bittersweet immersion of nostalgia is not without its pain or its euphoria, particularly when a voice from the past is both haunting and saccharine. In this case, the voice in question is perhaps one of the most notable and definitive voices in all of alternative rock, one which was the first taste many experienced of heavier music. Though his screams and serenades were best known to shape the legacy of Linkin Park, vocalist and songwriter Chester Bennington first got his footing in the mid-90s with an alternative rock act dubbed Grey Daze. The band produced a total of two albums, titled “Wake Me” and “No Sun Today,” in the years before Bennington went on to begin his tenure with Linkin Park. Now Grey Daze breathes once again, this time with a posthumous release featuring a collection of re-recorded tracks from the band’s original albums, all of which use original recordings of Bennington’s vocals. Titled “Amends,” this album is as much a celebration as it is a rediscovery of the humble and emotion-fueled origins of a star that still burns bright in many hearts.

Though largely laid to rest and left as history, Grey Daze was reawakened by Bennington in 2017 as the songwriter toyed with the idea of a proper reunion with his past. This effort included collecting the original band members, most of whom were on board to give the project life in the new millennium. Grey Daze went silent for a year after Bennington’s passing, but returned to announce that they would spend time in the studio to re-record their parts around original takes of Bennington’s vocals that were never before released. “Amends” is the final result, a collection of eleven tracks carefully selected from the band’s original albums and reworked for the modern era. Despite their age, “Amends” is full of songs that are incredibly prescient and charged with emotion that seems pulled from recent history. “Sometimes” reflects the pain which Bennington first felt in a tumultuous personal experience in high school, but is reflective of a universal sense of overwhelming loss. Coupled with a biting electric guitar, the shouts of the chorus give “Sometimes” bright peaks among slightly mellowed moments of pure instrumentation.

Some tracks are best defined by these highly emotional swells of the tide, but “Amends” has a careful balance between speed and intensity which gives moments of ambiance time to shine between sharp-cutting verses. The highly charged “B12” is one of the album’s heaviest, yet a careful interlude that hovers just above silence keeps the engagement value of the track at a consistently high note. And just following “B12” is the sensitive and murky “Soul Song,” slow in its approach with a gentle piano and clear sense of muddied minimalism. “Soul Song” also finds its footing in greater speed and aggression with a chorus that rains down in an introduction of percussion to match the howling heights of the song’s most impactful moments. Reliable contrast between the grit of Bennington’s vocals and the gentle guiding touch of Cristin Davis’ guitar give the album a consistently dynamic foundation to work with, especially in the album’s latter half. 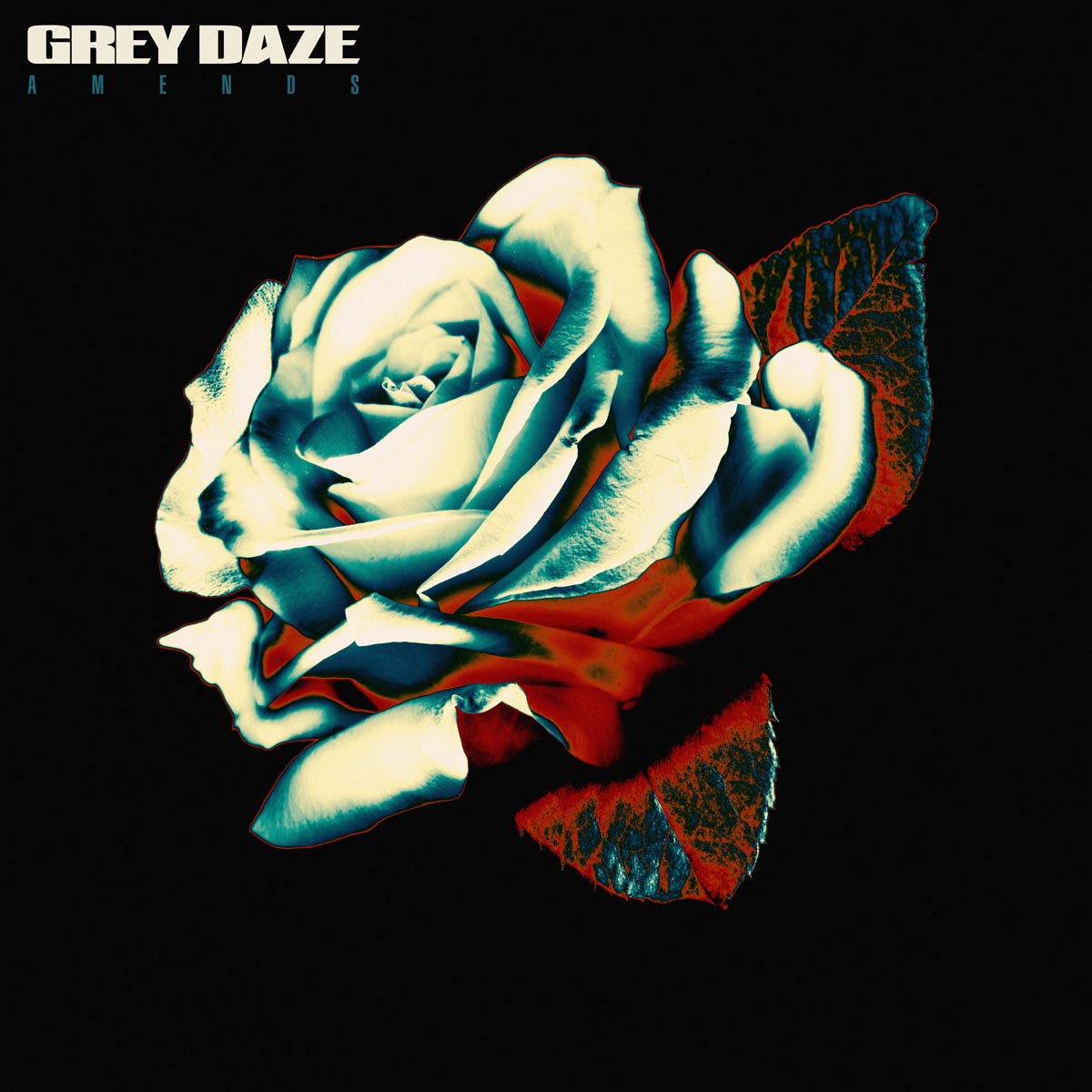 Additional attitude is built into the album through the careful rhythm of the drums, which are manned by founding Grey Daze member Sean Dowdell, and keep in the relatively minimalist style that contributes to the melancholy of “Amends.” While showing a flair of personality in opening track “Sickness” between the distortion and electronic beats, the drums are just enough to keep the more synth driven tracks grounded for smooth transitions and consistent flow of energy across tracks. Coupled with bass in the drifting solace of “Morei Sky,” the effects of floating across the low notes by means of Bennington’s vocals makes the titular verse all the more impactful. The production is dialed back in a clarity that gives the impression Bennington is speaking directly to the listeners in a private confessional: “if I had a second chance, I’d make amends.”

There are certain moments where it’s clear that the band was doing their best to walk lightly around the recordings of Bennington’s vocals, making the most of what they had and had been given. In some cases a strong vocal lead, as was the case on the original Grey Daze work, made this particular arrangement successful in each song’s rebirth. “She Shines” gives a particularly astute demonstration of Dowdell turning up the heat alongside Davis to match the sheer intensity brought by Bennington’s unmistakable rasping scream, while “Shouting Out” gives the picture of something much more intimate and tender. Despite treading carefully in the gardens sown by a legend, “Amends” accomplishes the feat of both treasuring and uplifting a project left behind by an artist that inspired many. Grey Daze might not be offering the most original or well-composed collection of re-recordings, but they are offering the unbroken spirit and soul from the era which gave birth to Bennington’s glory.

An iconic voice is the driver of a heartfelt posthumous release from Chester Bennington’s first band Grey Daze. Rich with the grit and raw emotion of alternative rock in its early days, “Amends” captures the spirit of a genre that would go on to define large parts of the millennium’s first decade.