The clans have risen yet again!

It’s difficult to realize a great idea and then avoid returning to it, especially within a grand career that has spanned four decades. Whether it has been Running Wild’s recurring theme of swashbuckling pirates on the high seas or Helloween’s recurring tale of a hero wielding seven magical keys, there is something about a signature story that demands a continuation, even if it’s not a proper sequel. For Grave Digger, one of the eldest Teutonic responses to the NWOBHM and a key progenitor of the German speed metal scene, their pivotal moment came a bit later in their career with the release of 1996’s “Tunes Of War”, a bold conceptual work about the history of Scotland that was likely put into Boltendahl and company’s heads by the recent releases of films like Rob Roy and Braveheart. An eventual sequel would emerge fourteen years later in the riveting crusher “The Clans Will Rise Again”, all but setting the stage for yet another chapter to close out what was clearly an epic trilogy.

Roughly ten years to the day, the circle has now been completed with the arrival of “Fields Of Blood”, Grave Digger’s 20th studio LP and a riveting beast of a musical tale to boot. With the lion’s share of this outfit flirting with their 60s and now reduced to four principle members, this colossal machine has lost none of its steam and puts the rest of Germany’s booming power metal scene on notice with an unrelenting collection of masterfully crafted, high octane steel. Likewise, though front man Chris Boltendahl has put his aging vocal chords through the proverbial ringer for about 40 years, his lion-like roar has all of the power and gravely charm of Lemmy Kilmister and still manages to come off as nimble and dynamic in spite of a fairly limited tonal range when compared to legion of Halford imitators associated with the style. One would also be remiss to discount the virtuoso guitar wizardry of 10 year veteran and lone axe man Alex Ritt, injecting occasional Neo-classical flourishes and bluesy swagger into this band’s rustic, no nonsense approach to things. 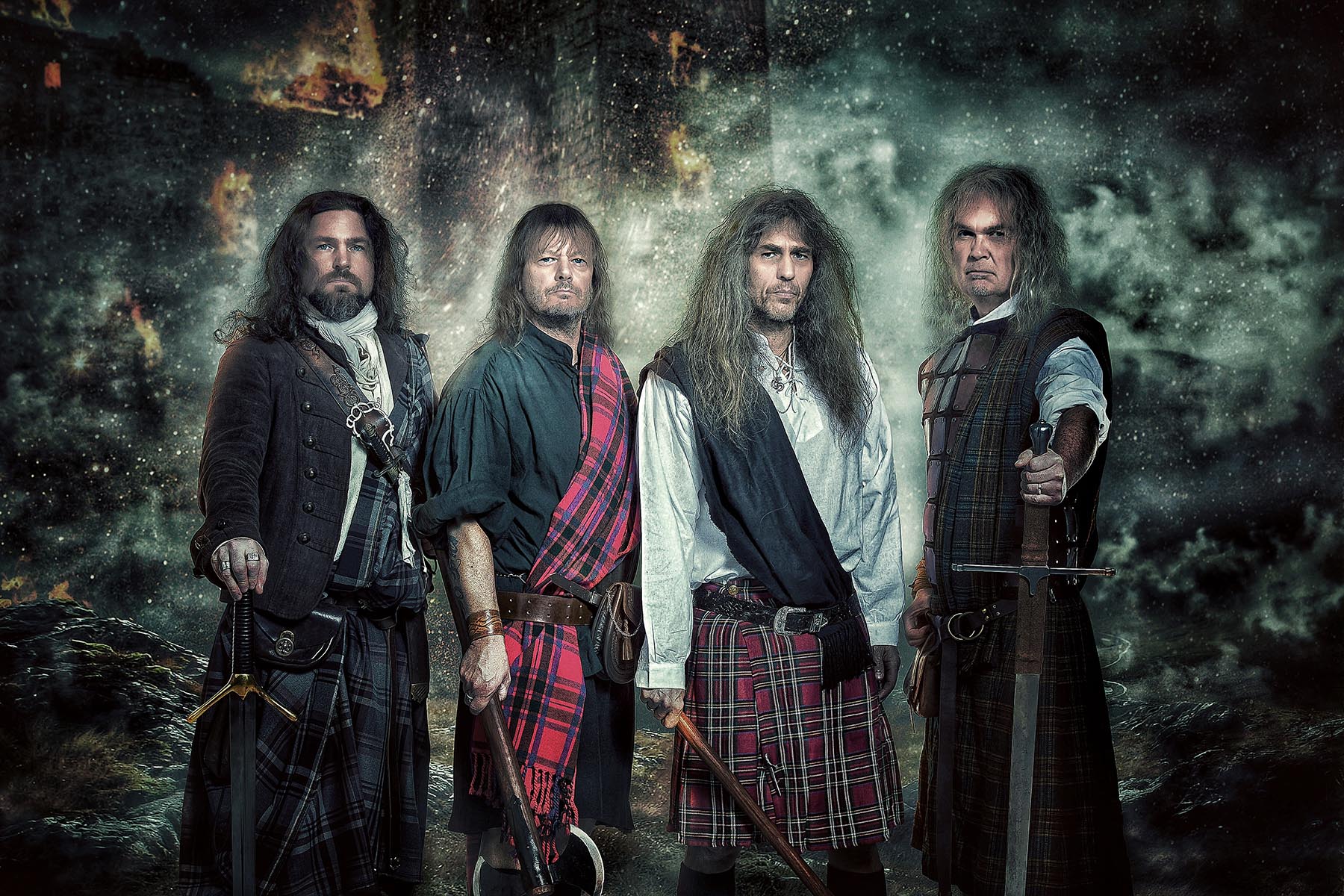 While seemingly just another by-the-numbers affair from a band that has been about as prolific in the studio as Saxon, this album proves to be anything but for anyone that has stuck it out as a fan since the band’s early 90s reunion. A lot of the quirky asides into polka gimmickry and somewhat reductive throwbacks to 80s arena rock orthodoxy that have popped up over the past decade here and there are nowhere to be found on this conceptual offering, having given way to a consistent fit of power-infused metallic conceptual storytelling with some obvious nods to olden Scottish folk tunes. Obvious nods to the period being depicted in the bagpipe-steeped intro “The Clansman’s Journey”, and the epic intro of the slow-marching fanfare “The Heart Of Scotland” are merely the most blatant moments of an album that adapts the period musical practices of this album’s subject to the metal medium as brilliantly as Running Wild’s seminal offerings did with colonial sea shanties.

Pointing to a select group of songs as standout moments proves to be a highly daunting task, but there is a pretty clear delineation between this album’s various chapters, creating a sense of cadence to its pacing that is difficult to miss. Generally frenetic and biting speed metal anthems like “All For The Kingdom” and “Gathering Of The Clans” tend to be the order of the day here, being surpassed by borderline thrashing mayhem in “Freedom” and “Union Of The Crown” and separated by varying degrees of more restrained yet highly memorable interludes. The ballad/duet “Thousand Tears” provides a brilliant contrast of voice types between Boltendahl’s signature husky baritone croon that he can surprisingly still call upon after shouting his head off with a Doro Pesch-like splendor out of Battle Beast vocalist Noora Louhimo, not to mention further exploiting the bagpipes for added vernacular realism. But it all comes home with the grand epic title song “Fields Of Blood”, which is probably the most ambitious offering to ever come out of this band’s arsenal and showcases musician in this fold at their best. 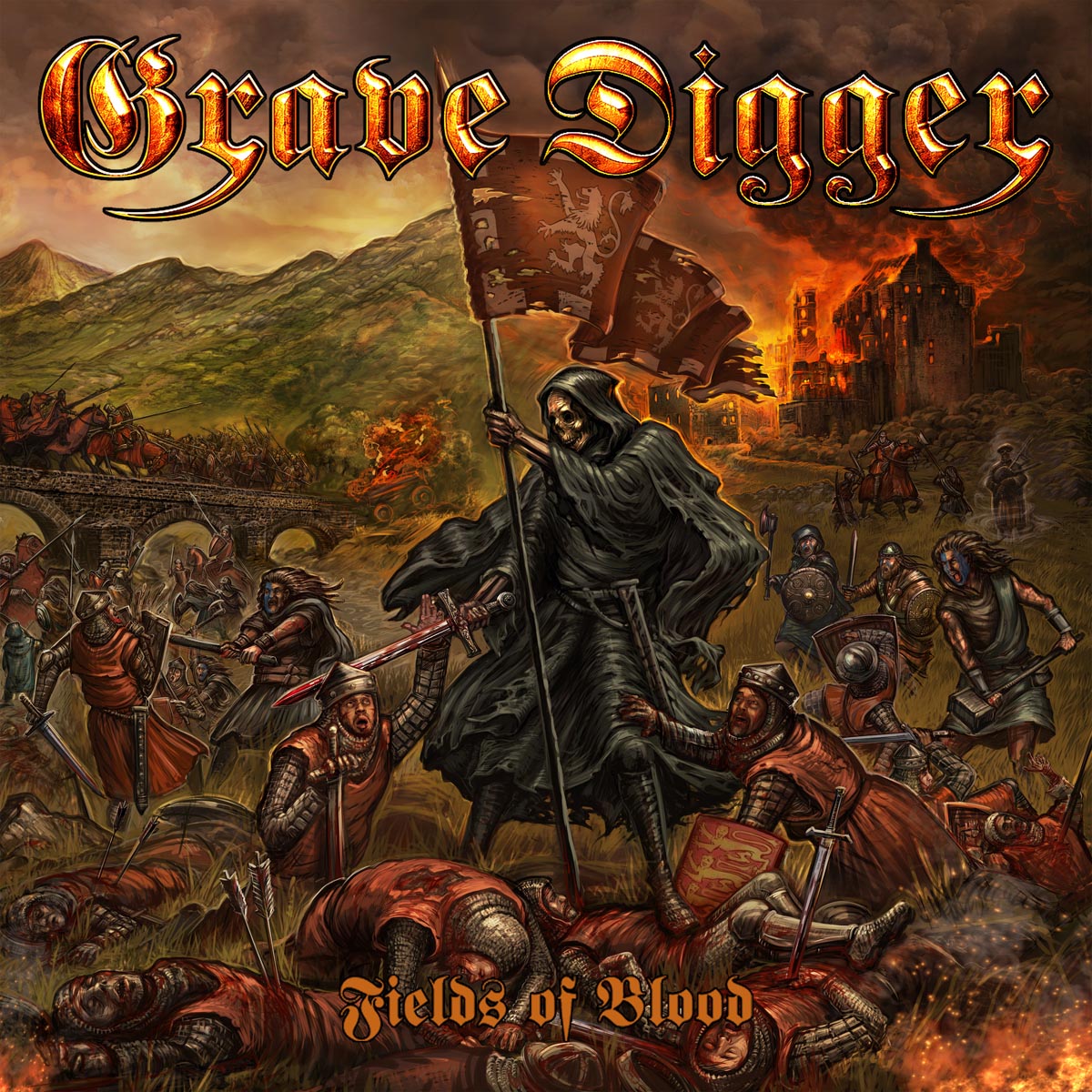 To say that this is the best work to come out of this band in more than a decade is by no means an understatement, nor does it serve to diminish what has been a highly consistent output since Alex Ritt first stepped in to fill two guitarist vacancies single-handedly a decade prior. It stands above the path both for its lyrical ambition, but more so for its musical prowess, which sees said guitar god fully stepping into the role and rivaling the likes of Chris Impellitteri and Steve Vai while being able to throw out a crunchy, textbook speed metal riff without resorting to excessive showboating. Calling this the best power metal album of 2020 may be a tad premature given that the halfway point of the year is a tad past its release date and a number of prominent bands have promising ventures scheduled before the 31st of December, but if this isn’t a contender then it is impossible to know what would be. If one doesn’t immediately become inspired to push the English back to the south of Hadrian’s Wall after hearing this, then one doesn’t understand the meaning of metal.

The spirit of the Scots has returned once more to the borders of Deutschland, as one of its formative heavy metal acts rivals past glories with a fresh slab of metallic storytelling with swords in hand and pipes blaring to the four winds