About a year-and-a-half ago, I asked Martin Schnella if he was going to be doing any electric Prog albums. “No.”  No hesitation, no obfuscation.  “No.”  Martin and partner Melanie Mau were focusing their impressive talents on acoustic covers of other folks’ music. Sure, he’d plugged in the guitar for several earlier albums…but not now. End of discussion.

So imagine my surprise when the pair announced the new one under their Flaming Row moniker: The Pure Shine.  And it is electric/eclectic progressive-rock, no question about it.

The Flaming Row project dates back nearly a dozen years; The Pure Shine is only the third album since then.  Both Elinoire (2012) and Mirage—A Portrayal of Figures (2014) were concept albums, conceived and executed by the band.

The Pure Shine is a bit different.

The album is based on Stephen King’s The Dark Tower.  And here’s where I have a confession to make.  I’ve never read the book or seen the movie.  Totally ignorant.  I understand that it’s a sci-fi tale with more than a touch of Western tossed in.  The lyrics seem cohesive and coherent.  But I can’t tell you if they hold to King’s storyline.

The story is broken into six cuts, four of which have multiple sections.  These are not songs, per se.  Yes, you can listen to an individual piece—like the introductory “A Tower in the Clouds”—by itself.  But this is a cohesive work, best heard in its 70-plus minute entirety.

I can tell you that the music is captivating.  This is Prog with some variety, including metal and rock and Celtic and Middle Eastern.  Schnella is an underrated guitarist who moves from genre to genre with no difficulty.  He can shred with ferocity; he can pluck with delicacy. Melanie Mau is a wonderful singer, full of emotive power and subtlety, all at the same time.  She and the other guest vocalists do a great job of telling the story and portraying the characters. 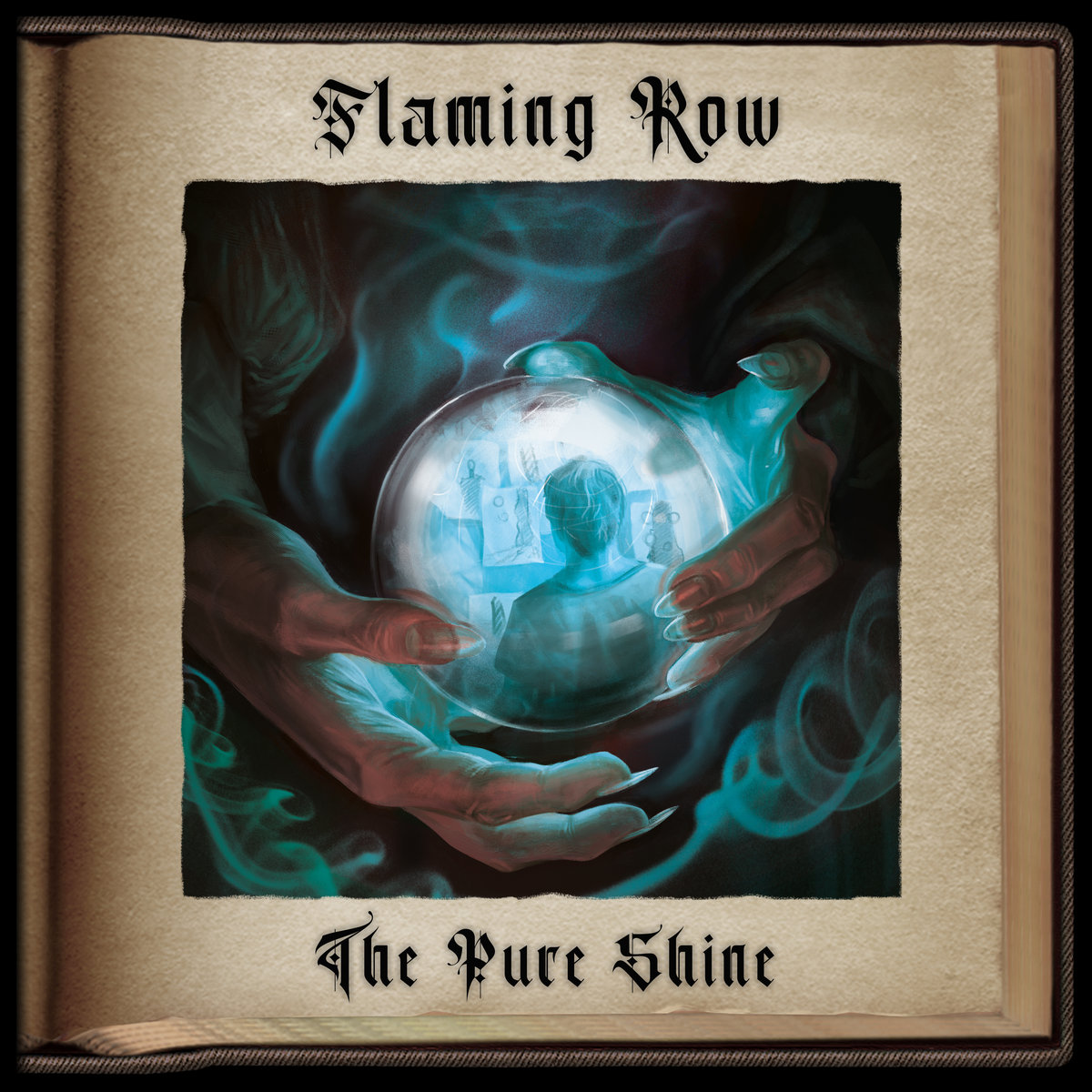 The other regular band members add their own talents.  Marek Arnold (also of Seven Steps to the Green Door, Damanek and more groups than you can count) provides depth with his Prog keyboards.  And his sax often veers into jazz territory, providing an interesting perspective to the proceedings.  Drummer Niklas Kahl (Lord of the Lost) isn’t around that much, appearing on just two cuts.  But when he’s there, he lays down a solid beat that keeps things moving.

One of the big strengths of The Pure Shine: the guests.  Great musicians all.  Gary Wehrkamp from Shadow Gallery.  Jimmy Keegan and Dave Meros from Spock’s Beard and Pattern-Seeking Animals.  Nathan and Eric Brenton, who’ve worked with Neal Morse. Pain of Salvation’s Johan Hallgren and Leo Margarit.And many, many more.  The playing and singing is top notch, from the first note until the last.

The down side of a guest-heavy project:  it will probably never be performed live, at least in the context presented on the album.  That’s our loss.

So we’ll just have to rely on the CD (or download or whatever medium).  Martin Schnella and Melanie Mau—the heart and soul of Flaming Row—have created something worth listening to.  I’m glad Martin dove back into the world of Prog with The Pure Shine.  You will be, too.

1. – A Tower in the Clouds
2.- The Last Living Member
I. A Mystical Structure
II. Roland of Gilead
III. Maerlyn’s Rainbow
3.- Jake’s Destiny
I. The Painted Pictures
II. Relentless Pursuit
III. 1919 Midworld
4.- The Sorcerer
I. Evil Forces of the Dark Side
II. Distracting Illusions
III. Arra
5.- The Final Attempt
6.- The Gunslinger’s Creed
I. Roland’s Revenge
II. The Sorcerer-Reign of Darkness
III. The Secret Place of No Return
IV. Our Savior

The third album by Flaming Row is a catchy yet intricate progressive rock presentation, with great musicianship and an intriguing Sci-Fi storyline