Blackened progressive metal is all the rage these days: the metal scene boasts a growing hunger for ever-greater nuance while still craving the destitute abandon of arctic extremity. Hailing from Norway, longtime extreme metal veterans Enslaved have the latter half of the equation in spades, their more recent years seeing them take increasingly bold forays into the former. Over the course of fourteen studio albums and thirty years of experience, Enslaved has taken an earnest stab at what it means to expand and evolve their sound into the progressive vein while retaining the hallmarks of black metal that grew the roots of their popularity. And thus from that forward motion “Utgard” was born, meshing the bowls of aging from longtime frontman Grutle Kjellson against an illuminated backing of keys and dynamic bass. On a conceptual journey through the mythical realm of Utgard Enslaved conquers a wide range of atmospheres and intensities, sweeping from their well-trodden ground of black metal to lofty, experimental peaks.

This gimmick is, however, exactly the reason that “Utgard” suffers. For all of its incredible production value and hints of a vision beyond the blackened sea of distortion, the album is a patchwork of inspiration that seems to never quite sync with the vision of what blackened progressive metal may come to be. As could be expected of a band of this caliber, the production never stutters for a moment, and each musician proves themselves to be at the top of their game. Even those newer members never fall out of beat with the band’s veterans, displaying a masterful level of sync between all bandmates. Yet the diversity of their stylistic avenues devolve into sonic chaos rather than offering the listener the cohesive story which “Utgard” is promised to deliver. Clean and harsh vocals mingle as do electric and acoustic guitars, peppered with chants and heavy-handed electronic effects. This array of instrumental approaches is matched in discord by a narrative that switches between arctic frost and a more melancholic timber, sometimes with precision, and more often with jarring abruptness. Looking for the lines that run between songs is a challenging hunt for common ground, though individual tracks are more than capable of gaining strong footing when listened to in isolation. 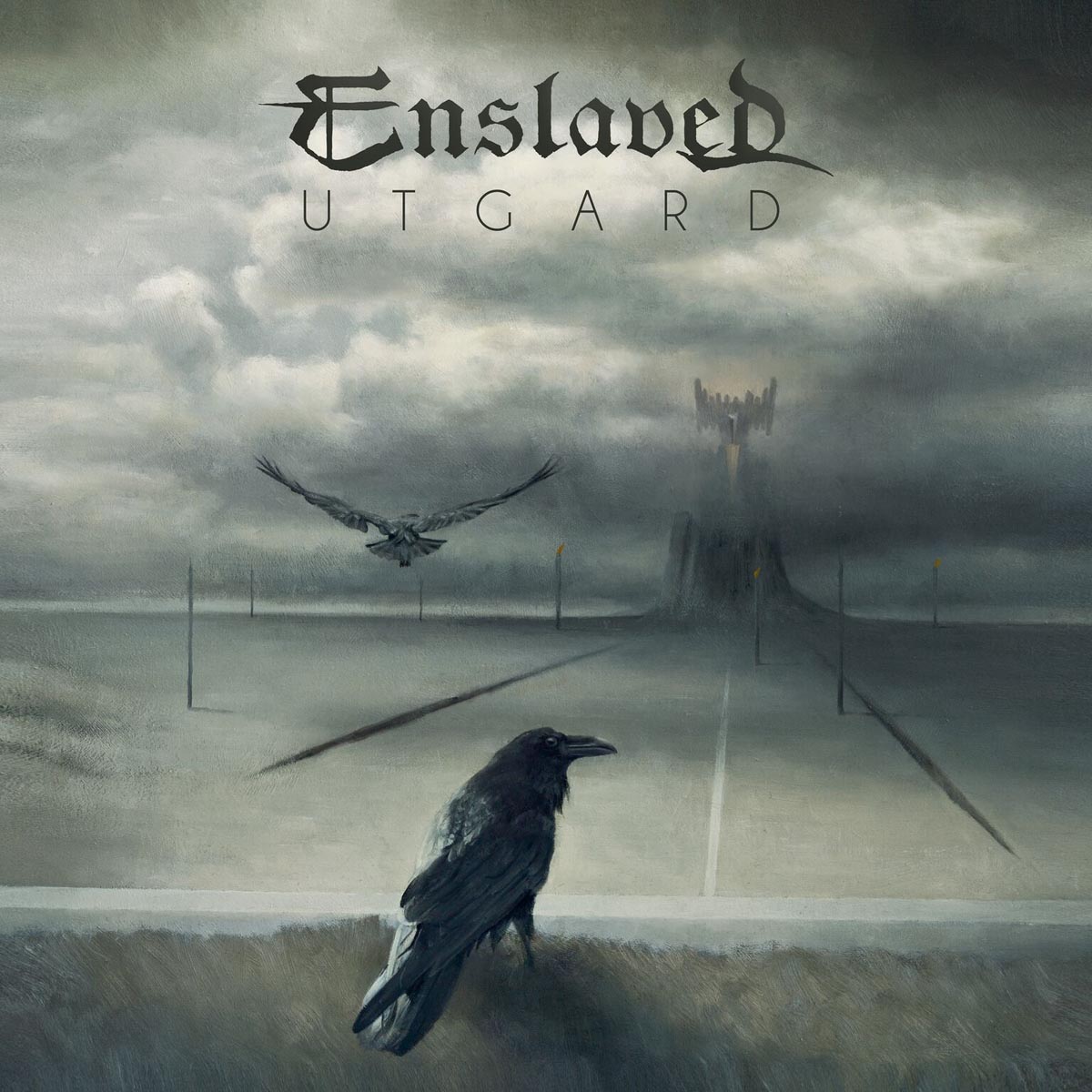 “Jettegryta” is perhaps most demonstrative of this album’s paradigm. Held alone this single is one of the most compelling and true-to-form offerings from “Utgard.” It harnesses absolutely delectable riffs as a vehicle for seamless tempo changes, manipulating the atmosphere and listener’s experience with a sort of effortless grace. Thunderous blast beats and drums that just drip with personality give “Jettegryta” unique intrigue and a direct appeal to old school. Not simply dynamic for the sake of a stellar single track, this early song is enough to energize and give hope for brutality across “Utgard.” But in contrast against the experimental foray of “Urjotun,” “Utgard” begins to lose its bite. From the song’s outset it feels more like listening to a halfhearted attempt at making a formulaic video game soundtrack rather than tying into the vast breadth of Nordic mythos that metal is capable of delivering. It is also victim to repetitive monotony that neither builds upon nor offers anything outside of its walls, failing to offer a concrete motif that spans beyond this particular experiment.

The saving grace is that “Urjotun” contains the bulk of the electronic influence, the boundaries of this six minute track serving as a quarantine for this influence. Were songs such as the brilliant “Flight of Thought and Memory” served up earlier in the track list, “Utgard” may have seen a more complete realization of its potential. There’s no doubt that “Flight of Thought and Memory,” and in part it’s following “Storms of Utgard,” are those most successful explorations of sound. From delicate keyboards through furious blast beats up to and including an acoustic guitar, “Flight of Thought and Memory” blends the contrasting styles with peculiar mastery over their intonation. Here the juxtaposition of pure grit against the soft rhythm of the song’s melodic outro work in tandem rather than battling for attention, particularly when combined with the haunting echo of distant spoken word atop dancing keys.

For all criticisms of the album as a whole, there is no doubt that the driving musical forces behind “Utgard” are just as dexterous in their execution as ever. The riffs that blossom across “Flight of Thought and Memory” are vivid without descending into purely technical self-absorption, and drummer Iver Sandøy delivers not only consistent and well-mixed blast beats, but uniquely dynamic clean vocals of particular note in “Homebound.” If one were afforded the opportunity to listen to the splendor of each song alone they may come to appreciate the finer points of the songwriting and musicianship involved, but “Utgard” remains more discordant than otherwise. Longtime Enslaved fans will have no qualms In adding this album to their collection, but newcomers may need a few listens to settle in and decide whether the realms of “Utgard” will be a place they return to.

Thirty years of chasing their ambitious with abandon have resulted in Enslaved's fifteenth full length album "Utgard," an exploration into the realms of Nordic mythos and sonic experimentation. Progressive in the new directions it treads without abandoning the band's hallmark extremity, this album offers surprises for old and new fans alike.