Originally formulated as a one-man project by Swedish thrash scene veteran Olof Wikstrand, Enforcer quickly became an important early adherent of what has since become known as the New Wave of Traditional Heavy Metal. Opting for more of an impact-based, speed metal dominated approach more in line with the German scene of the mid-1980s that more closely conformed with Olof’s earlier work within the early 2000s thrash revival following a rebound in the genre thanks to early entries by Cranium and Guillotine, they’ve since made quite a name for themselves as one of the more consistent proponents of said style, often rivaling the output of old school metal revivalists Wolf. However, at the close of the 2010s this speed-obsessed quartet opted to make a sizable stylistic left turn with their 2019 LP “Zenith” by taking an approach far closer to the sleaze and sometimes glam-infused sound of the likes of Dokken, W.A.S.P., and, Def Leppard, a move that likely left some of their fan base puzzled.

Yet for whatever view one might hold to their more rocking and groovy approach relative to the high octane mayhem of their prior work, Enforcer have always gotten the job done on stage, and their sophomore live offering off the subsequent tour stop in Mexico City dubbed “Live By Fire II” is no exception. Opting for a small selection of mostly bangers and more metallic material off their latest LP, the result is an album that shares more in common with the riveting fury of their previous live outing than not. To the uninitiated, Wikstrand’s vocal sound has a high, tinny character to it that bears some similarity to what Tony Moore brought to Riot’s pinnacle late 80s speed metal opus “Thundersteel,” and even the manner in which he opts to work the crowd has an uncanny 1980s character to it. The continual calls for a louder crowd response and some select sing-along moments remind heavily of the glory days of Dio and Iron Maiden, while the rather unsubtle jabs at disco music might come off as odd to most under the age of 38, but it all works within the highly retro character of the music itself.

While the majority of the songs included from the “Zenith” album serve to lighten the presentation a bit, the collective character of the performance does not deviate significantly from the core sound of their past. Generally mid-paced and somewhat syrupy bangers like “One Thousand Years Of Darkness” and “Die For The Devil” are among the harder hitting anthems off said album and provide a couple of respites between the blinding speed. Meanwhile, the generally slow-paced nod to Dio in “Zenith Of The Black Sun” is just too catchy and fun to see as a low point, having sort of a mystical, Axel Rudi Pell-like vibe to it. The generally short but ferocious cooker “Searching For You” is a tad more melodically consonant and close to a 90s Riot sound than their older fair, but is otherwise indistinguishable from the pre-2019 format and does a decent job of shacking up to undisputed speed metal new classics like “Run For Your Life” and “Live For The Night”, two high points of the concert that could rival the intensity of seminal works of Scanner and Iron Angel. 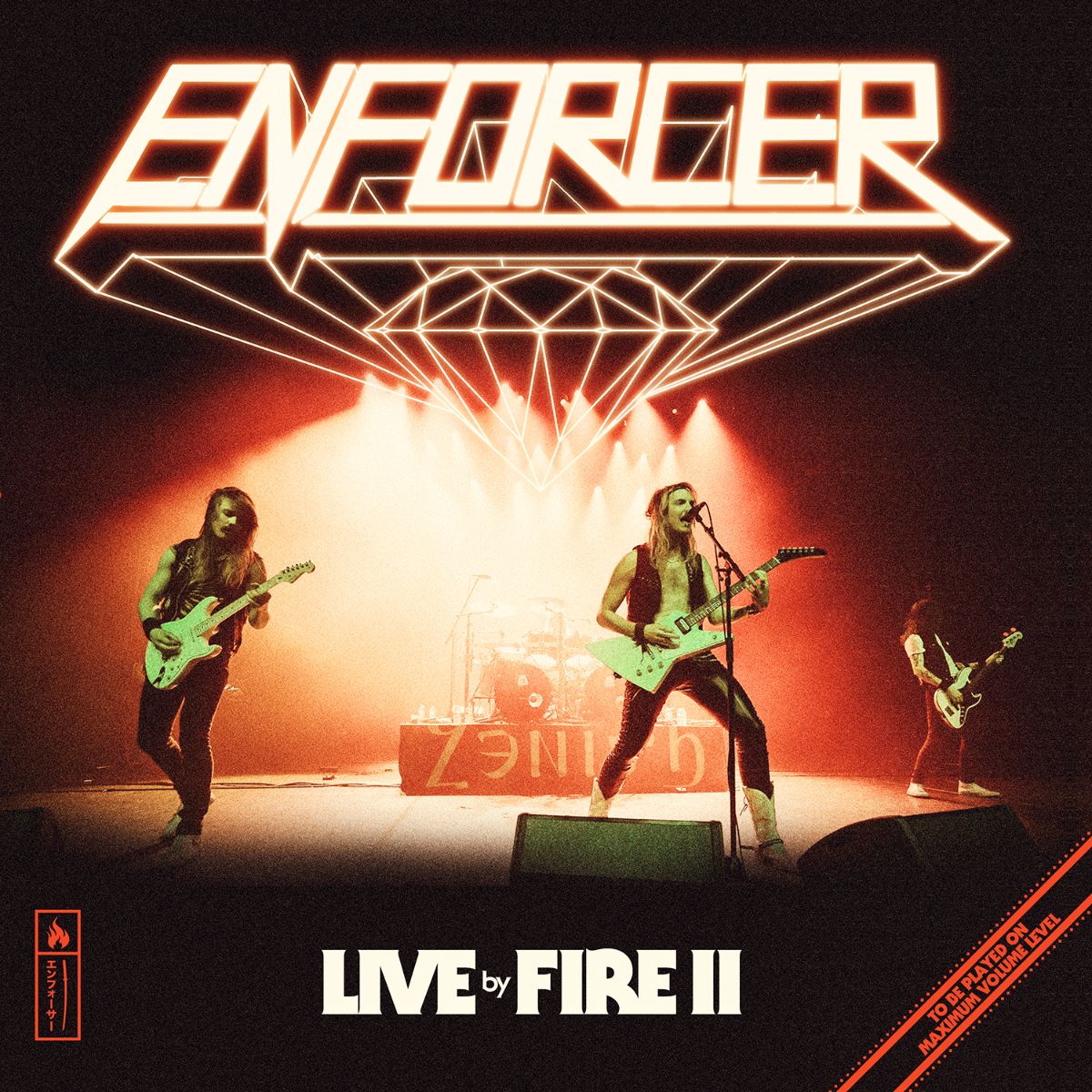 While this performance’s impact and technical factors are quite noteworthy, this is a concert that is defined by a concise and effective mixture of solid songwriting and shifting feel. Brief little instrumental asides such as the streamlined rendition of “City Lights” provides a nice little rest point for the audience after the barrage that is the first half of the show, not to mention showcasing the competency of newly recruited guitarist Jonathan “Jonte” Nordwall, who definitely has an iconic 80s shredder approach in line with the rocking swagger of Matthias Jabs (Scorpions) and maybe a bit of Chris Holmes, a likely contributing factor to “Zenith”’s more 80s rock-infused sound. Then again, the somewhat longer and epic, Iron Maiden inspired fanfare of “Katana” and the somewhat swifter yet similarly drawn out and lofty “Take Me Out Of This Nightmare” are the high points of what is otherwise a set of flashy speeders and mid-paced cruisers that tend to shy away from going too far past the 4 minute mark.

Opinions will no doubt continue to vary regarding “Zenith’s” standing relative to the rest of Enforcer’s discography, but even those who were not keen on said album’s penchant for balladry and AOR-infused saccharine will find this offerings to be a solid continuation of the same winning formula that yielded up its 2015 predecessor. The energy level is kept constant even when the tempo is scaled back to more of a slow-paced march, and the continual roar of the metal masses looking on in Mexico City suggest that this concert went well beyond a typical fit of 80s metal revivalism. Times may continue to change, but a winning formula does not, and between the high flying wail of Wikstrand’s vocals and the bite of the riff work surrounding them, the old laws of the metal realm have been properly enforced. Who needs a time machine to go back to 1985 when these guys can do it without the potential threat of a time paradox destroying the whole universe.

Following a sizable shift in stylistic towards the mainline sound of the 80s with their 2019 LP Zenith, one of Sweden’s premier purveyors of the New Wave of Traditional Heavy Metal offers up a solid slab of old and new with their second live offering.