The soothing escapism of blurred pastels and summertime brightness melds effortlessly with the electronic waves of psychedelic textures in “Omens,” the latest album from progressive rock band Elder. Though they first made their name known as harbingers of stoner doom, the last decade has seen their sound evolve towards the light in a series of full-length albums and experimental EPs that have culminated in a sound that floats with the lull of oceanic bliss. “Omens” delivers mammoth tracks stuffed with instrumental soundscapes that pull from the energetic enthusiasm of modern progressive rock with the tender wanderings of 70’s psychedelic rock. Whether listeners are seeking to lose themselves or to find something unique in a fresh musical experience, Elder has created a diverse listening experience that proceeds with refined grace and confidence.

With their roots in the world of stoner doom, the only track that comes close to this earlier grit and edge is the seemingly straightforward single “Embers.” Leading with a sharp hook that demands an attentive ear, “Embers” is the punchiest song the album has to offer in terms of intensity, which it concentrates rather generously in the first half. Even with its relatively greater speed and grit, it comes across with the casual air of an easygoing jam session rather than a segment intended to entertain shouting arenas, and thus never breaks the easygoing aura that dominates the rest of “Omens.” This energy ebbs and flows naturally, with a few spikes of intensity also noted in second track “In Procession,” which is the shortest on the album at just over nine minutes long. Concentrating these bursts of speed into two tracks gives “Omens” an easily digestible construction, growing organically between moments of concentrated peace and instrumental passages which thrive on a dynamic bass to shift in tempo and pitch.

Predominantly instrumental, the tranquility of the record cannot be overstated, particularly in the long, meandering spaces of closing track “One Light Retreating.” Of the many wanderings that fill out the soul of “Omens,” peace is most carefully captured in the interwoven melodies that melt and dissolve into one another in a delicate balance of songwriting and precise musicianship. In moments such as the stunning solace of “One Light Retreating” it becomes apparent that the musicians behind Elder are not restraining themselves, but are fully committed to the atmospheres that the album strives to create. Both Nicholas DiSalvo and Michael Risberg contributed keys to the album, which truly shape the moods of “Omens” from its most quiet moments through the most energetic. “One Light Retreating” features passages where the often forward guitar and bass melt away to give the keys room to drift in near angelic peace before the strings join back in with flawless harmonization. 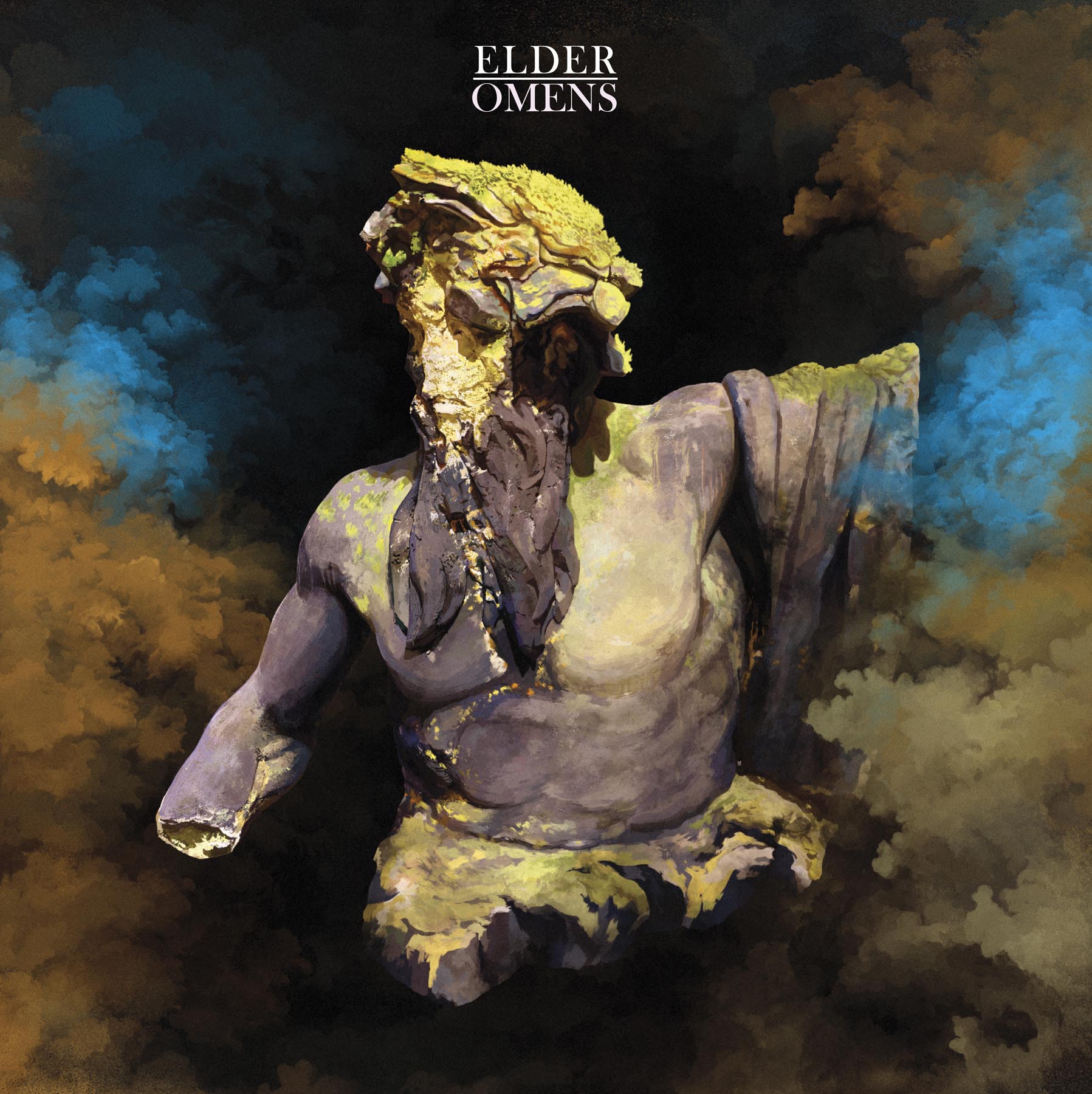 Clarity is something that this collection of songs has in spades, from a mix that clearly defines each instrument to songwriting which never departs from the artistic vision Elder has emerged with. Euphoric escapism is made possible by the deep currents formed by Jack Donvan’s bass, particularly noticeable in title track “Omens,” where the might of his strings take precedent over the more distant guitars.  “Omens” is also where drummer Georg Edert shows that drums do not always need to descend with speed and fury to make meaningful atmospheric contributions. Playing well with both the keys and the strings, Elder’s percussion is a guiding force in keeping the gentle edge throughout “Omens,” just sharp enough to prevent the album from dissipating into mist at its most tender points.

Complete with a vision that fits the lengthy tracks they deliver, Elder make a strong name for themselves in progressive rock with the evolutionary and ascendant “Omens.” Filled with melodic felicity and soft tones that work in tandem alongside a more punchy alternative rock rhythm, this album forges a new chapter in Elder’s ceaselessly maturing style. It is not groundbreaking within the genre of progressive rock, but the abundant psychedelic textures and electronic key contributions that could have been pulled straight from the 70s make for a listening experience that can suit fans of many genres. Precise musicianship and production which succeeds in keeping the final product just raw enough gives Elder more authenticity than ever, and adds to the true joy of “Omens;” artistic passion that is infectiously delightful.

Pulling together modern progressive rock and the meandering bliss of 70s psychedelic rock, Elder continue to change their style and mature in their artistic vision with “Omens.” A delightful blend of conversational rock rhythms and meandering progressive complexities, “Omens” offers a blissful journey for those that choose to listen.