The slow talon grasps the deepest.

Despite the still ongoing trend in thrash metal circles to attempt and recapture that vintage 80s Bay Area, New York, Teutonic or even Brazilian sound, there is still plenty of room for innovation and a number of younger bands willing to travel into less explored territory. On the German side of things, there has actually been a fairly prominent number of bands that have been more willing to employ present production techniques and explore heavier and modern sounds that are comparable to what many of the old guard began putting out in the 2000s (i.e. material like Exodus’ Tempo Of The Damned and Destruction’s The Antichrist). The female-fronted and occasionally compared to Tankard fold known as Dying Gorgeous Lies has an even more unique take that they’ve been exploring for the past decade that introduces elements of power/thrash and melodic death metal into the equation, and their latest studio offering The Hunter And The Prey provides a reasonably concise yet versatile manifesto of how this niche may soon rise to greater prominence.

Alongside the rather flamboyant vocal presence of purple-haired front woman Lisa “Liz Gorgeous” Minet, this outfit opts to employ the services of a full time keyboardist and winds up in territory that could be described as an interesting crossroads between the wholly impact-based character of thrash metal and the more nuanced, atmospheric quality that certain melodic death metal bands have been known for. In kind, the riff work exhibits a similarly melodic, old school heavy metal root that mirrors the Iron Maiden-like character of early In Flames and Arch Enemy, which plays well against the almost theatrical vibe that emerges from the keyboards. Minet’s vocals are largely of a gruff-driven quality that could be likened to a female answer to Destruction’s Schmier, occasionally becoming harsh enough to compare to Angela Gossow, but also not wholly averse to relaxing into a somewhat angelic croon at key moments. The guitar and rhythm section likewise dance between a melodic Teutonic thrashing sound and a flashier one, with lead guitarist Marcel Volkel channeling Amott and even Loomis at times. 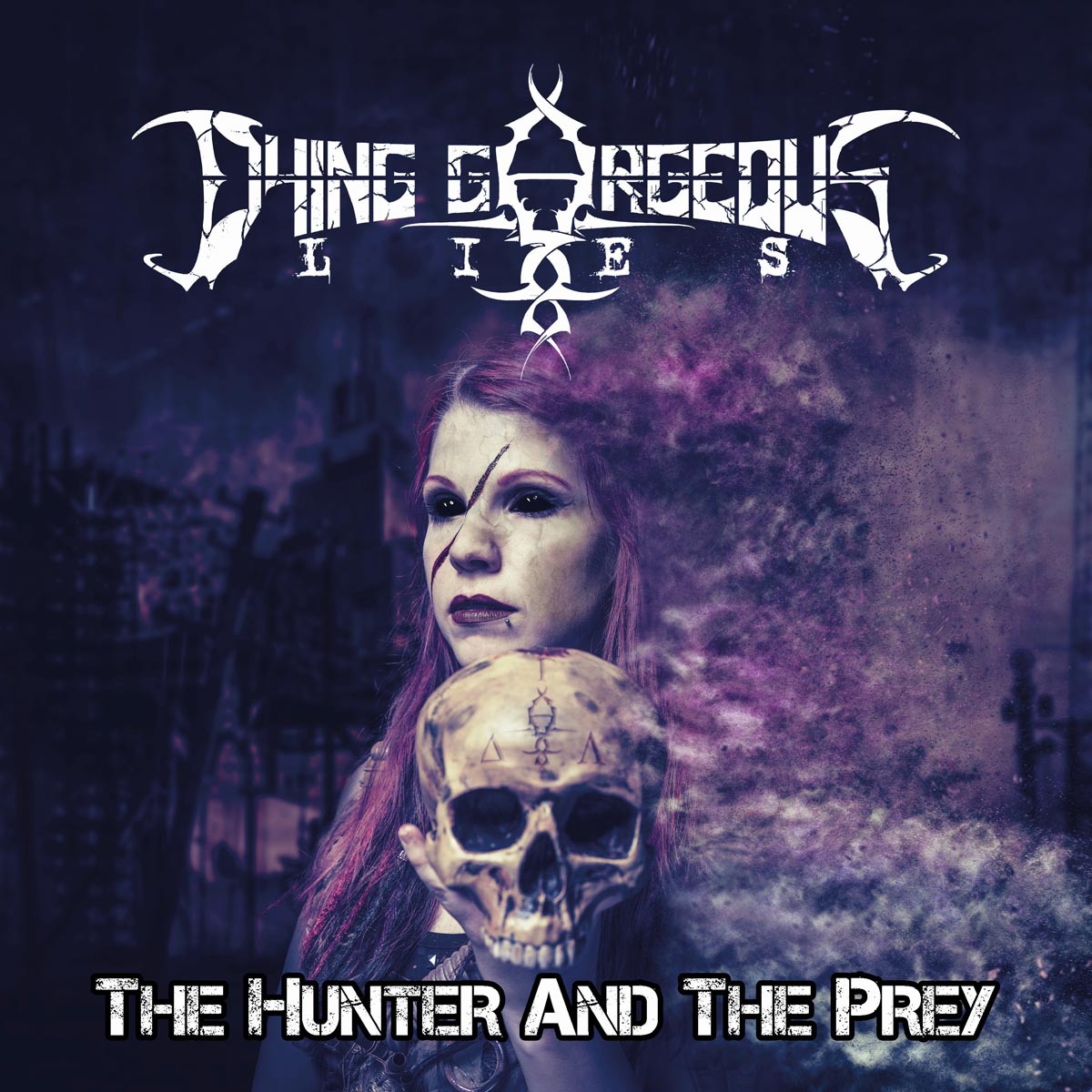 “The Hunter And The Prey” Album Artwork

The aforementioned description of this band’s modus-operandi naturally implies a consequentially elaborate album, and The Hunter And The Prey proves to be just that from start to finish. Things begin on a fairly cinematic note with a double feature dubbed “From The Ashes/Hellfire”, flowing from a dreary atmospheric Cello ensemble melody to a symphonic march to oblivion, ultimately landing in a driving anthem of suffering and despair. What follows is a pretty textbook set of melodically engaging and moderate length songs, generally resting on conventional formulas and gripping the listener primarily by existing in a unique middle ground between melancholy and rage. On the more impact-based side of the equation are a litany of fast-paced thrashers such as “We Are The Apocalypse”, “New World Order” and “Beast Mode” that play right into the Teutonic thrashing formula despite a denser atmosphere, while more nuanced forays like “Fatal Craving” and “Sweet Taste Of Lies” mix up the pacing a bit more and also showcase the bass as a solo instrument a bit, though still take occasions to rev up the engines.

As with any hybrid style, all of the surprises that come out of it are based in some degree of historical precedent, and while this album leans on the more unique side of the coin, it is among the more accessible albums to come out of the middle ground that exists between melodic and extreme expressions of metal. In a lot of ways, despite being of a generally fast and furious demeanor, The Hunter And The Prey is an exercise in moderation that puts a greater degree of emphasis on a good hook and uses technical prowess more as an occasional ornament to keep things from getting too formulaic. In essence, this is a swift listen, one where the songs don’t usually break the 5 minute mark (not counting the opening anthem which is basically a two-in-one deal) and one idea flows seamlessly into the next with a minimal amount of transitional material. Some albums will establish their individuality by wandering off into avant-garde territory, while most others will simply find a less traveled road within the existing highway system, and that latter path is the one taken here

“The Hunter And The Prey” Track-listing:

Among the still growing ranks of Germany’s thrash metal scene is a somewhat different beast that follows a purple-haired harpy with an affinity for Iced Earth and Arch Enemy, opting to approach their prey with a clandestine, camouflaged melodic assault rather than a direct charge