The veil obscures a sorrowful estate.

Perhaps the only way to truly market the ugliness of death metal to a wider audience without robbing it of its dark character is to drown it in a melancholy sense of beauty, and for better or worse, that was what began in the mid-1990s when Scandinavian acts such as Theater Of Tragedy stylized the beauty and the beast duet vocal style within the death/doom movement. It was a curious blend at first, but one that saw a sizable legion of imitators rise up and ultimately taking the sound into a more polished direction, with other acts hailing from Norway such as Tristania and The Sins Of Thy Beloved enjoying a fair amount of prominence by the end of the decade. However, it is arguably the Swedish outfit Draconian that became the most faithful adherent to the original sound, and though they wouldn’t field a studio LP until well into the 2000s, they originally formed during the same mid-90s period of flux that originally birthed the Gothic niche under consideration and recorded their first demo “Shades Of A Lost Moon” less than a year after Theater Of Tragedy’s eponymous debut set the standard.

In contrast to most of their contemporaries, Draconian has since proven a steadfast adherent to the old ways of doing things in spite of some substantial lineup shifts, to the point of being a mid-90s death/doom band stuck out of time. Even the loss of iconic and longtime vocalist Lisa Johansson has done little to affect their signature sound, though there has been a notable drop in the frequency of their studio output since 2011’s “A Rose For The Apocalypse” saw her depart the fold. Her replacement, namely South African angelic crooner and :LOR3L3I: singer Heike Langhans, subsequently brought a more nuanced but equally competent performance in the equation, often reminding of the somber and beautiful serenades put forth by Sharon Den Adel during Within Temptation’s earlier incarnation. This blend of a tortured yet tantalizing spirit with the dank and forbidding growls of front man and co-founder Anders Jacobsson formulates a perfect throwback to the days when Gothic-adorned death/doom was all the rage, thus making their latest offering “Under A Godless Veil” a strangely fitting one for the current year.

An album like this is perhaps best understood as one singular, hour long flowing of emotionally driven darkness, vacillating between agony and rage at a punishingly slow velocity akin to the range of speed by which six men could march while carrying a coffin. Notions of radio oriented bangers are generally an alien concept to this approach, though most of the chapters contained within this book of sorrow are replete with tuneful hooks, often bouncing between Heike’s vocal passages and the surrounding instrumentation. The opening lullaby turned beastly anthem “Sorrow Of Sophia” is among the more blatant examples not only of this band’s dueling modes of dark expressionism, but also of a fairly long and developed composition being catchy and accessible as well. Between the segments of subdued yet dense, keyboard-dominated quieter moments and the slow trudging rage that ensues when the guitars enter, an epic sculpture of a lovelorn faithlessness emerges, one that is duplicated on the similarly structured semi-ballads “Sleepwalkers” and “The Sethian” with varying degrees of drama and serenity. 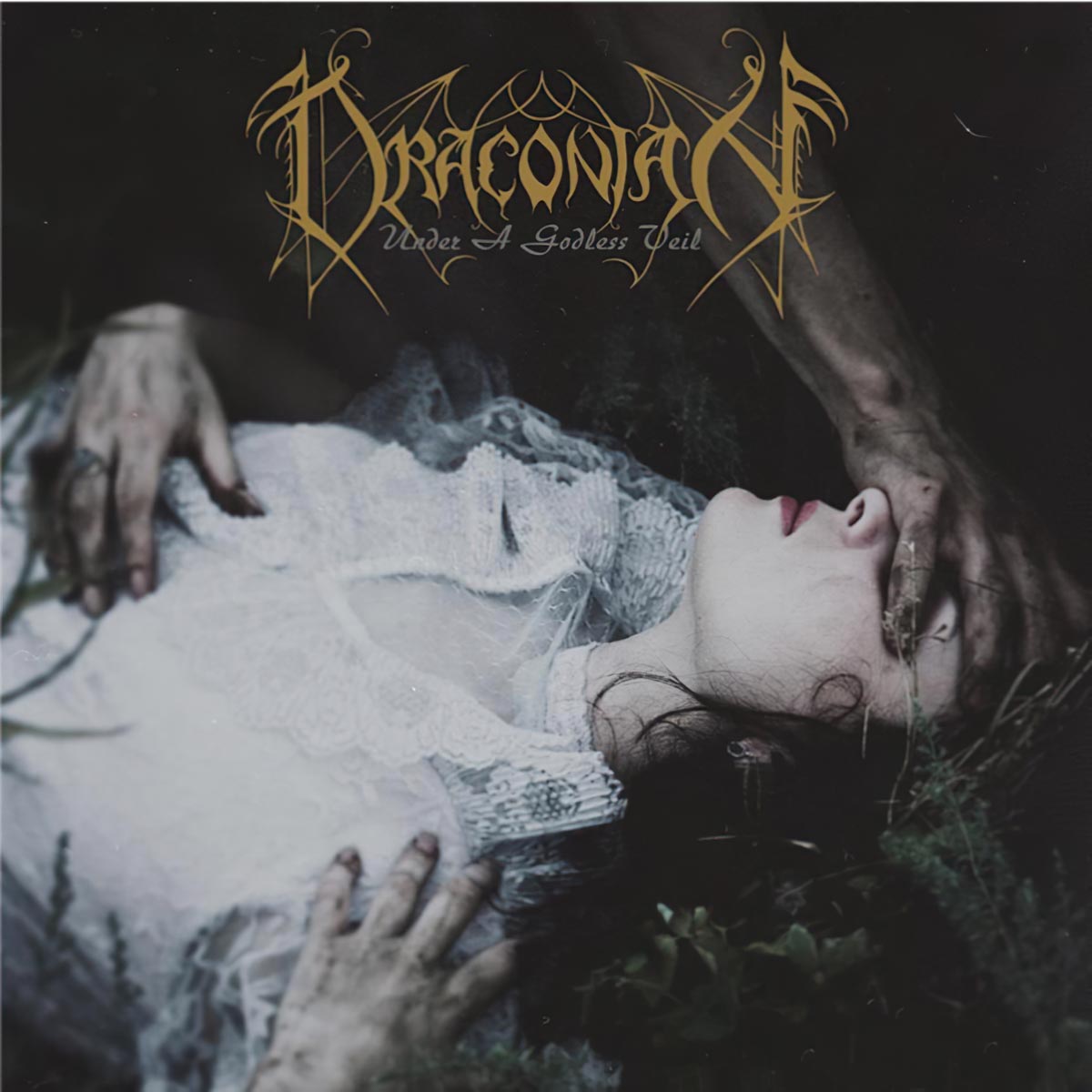 To their credit, Draconian does not simply dwell upon this two-dimensional mode of expression where Heike dominates the softer moments with Anders coming in at the expected barrage of metallic riffs. The first example of breaking with overt predictability actually emerges on one of the shorter offerings, as “Lustrous Heart” sees something of a reversal where the angelic soprano lines intermingle with heavier moments, though the growls generally tend to coincide with heavier segments as well. The mid-album interlude “Burial Fields” dovetails with Heike’s dark electronic work outside of Draconian a bit more, but proves equally apt at conveying the dark sentiments that permeate the rest of the album. On the other hand, the format gets a bit more metallic on the heavy-ended crusher “Claw Marks On The Throne”, which brings in a bit more of a riff-based focus onto things and also features the most prominent of a sparse collection of guitar solos, and is the standout moment of what is a highly consistent exercise in vintage death/doom excellence.

A definite boon for those nostalgic for the days when women’s faces were as pale as the moon and the music was as haunting as a choir of disembodied spirits wailing amongst the cemetery, “Under A Godless Veil” is something of an acquired taste, but not a terribly difficult one to attain. I definitely found myself checking the calendar a few times to see if it was still 1997, which would be something of a depressing eventuality given that I was still in high school and thus even more predisposed to this mode of metallic expression. All the same, this is an album that knows its audience and makes every stride to rope them in and keep them engaged from beginning to end. It’s perhaps a slight cut below such seminal classics as “Arcane Rain Fell” and “The Burning Halo,” but it’s definitely well worthy of this band’s impressive legacy and a continual reminder of a time when female-fronted metal wasn’t drenched in symphonic bombast. It’s a spider’s web of woeful longing and despair, but the weaver is enchanting enough to making throngs of willing prisoners.

“Under A Godless Veil” track-listing:

One of Sweden’s latter day millennial death/doom veterans emerges after five years of studio silence to deliver yet another full length studio dirge of dying faith and love, drenched in that classic beauty and the beast vocal dialectic that became a standard fixture of Gothic pursuits twenty years ago.