Flying low under the progressive metal radar last month was the new release, A Way Out, from Distorted Harmony, a band hailing from Israel. Despite their geographical origins, musically they hold more in common with the wave of new progressive bands from Australia such as Caligula’s Horse, Voyager and Teramaze due to the combination of crunch, melody and a little quirkiness to keep you a little off balance and engaged. The band themselves classifies its style as “a delicate combination of the complex progressive metal, the sound of modern alternative music, the unique harmonies of modern jazz and classical music, and some heavy shit”

The opening track, “Downfall,” is a solid introduction to the band. It begins with an arpeggiated keyboard riff that gives way to crashing, djenty guitars. Vocalist Michael Rose has a nice range that is reminiscent of Incubus and Dan Tompkins of Tesseract. Like current day Tesseract, Rose uses screams very sparingly in some of the more aggressive sections (though perhaps not quite as effectively as Tompkins).

What’s great about Distorted Harmony is that just when you feel like you understand the structure of the song, they rip the carpet out from under you and totally change the direction mid stream. On “Awaken,” what starts as a catchy mid tempo ballad suddenly goes off course and derails into one of the most brutal riffs on the album before returning to the safe confines of the chorus to ride the song out. The combination of beauty and the beast is jarring at times. But, it makes you want to keep coming back for more. The band certainly know the value of effective dynamics. As “Awaken” ends, “Severed” brings the sledge hammer back into play. But, as usual, things are not always what they seem as the verse switches gears to a syncopated Incubus like riff. “Puppet on a String” is likely the catchiest song on the album. Once again, the band drops into a lower gear to flex their sense of melody. The chorus is reminiscent of a Tori Amos song (yes, Tori Amos!) once again highlighting the range of Rose. 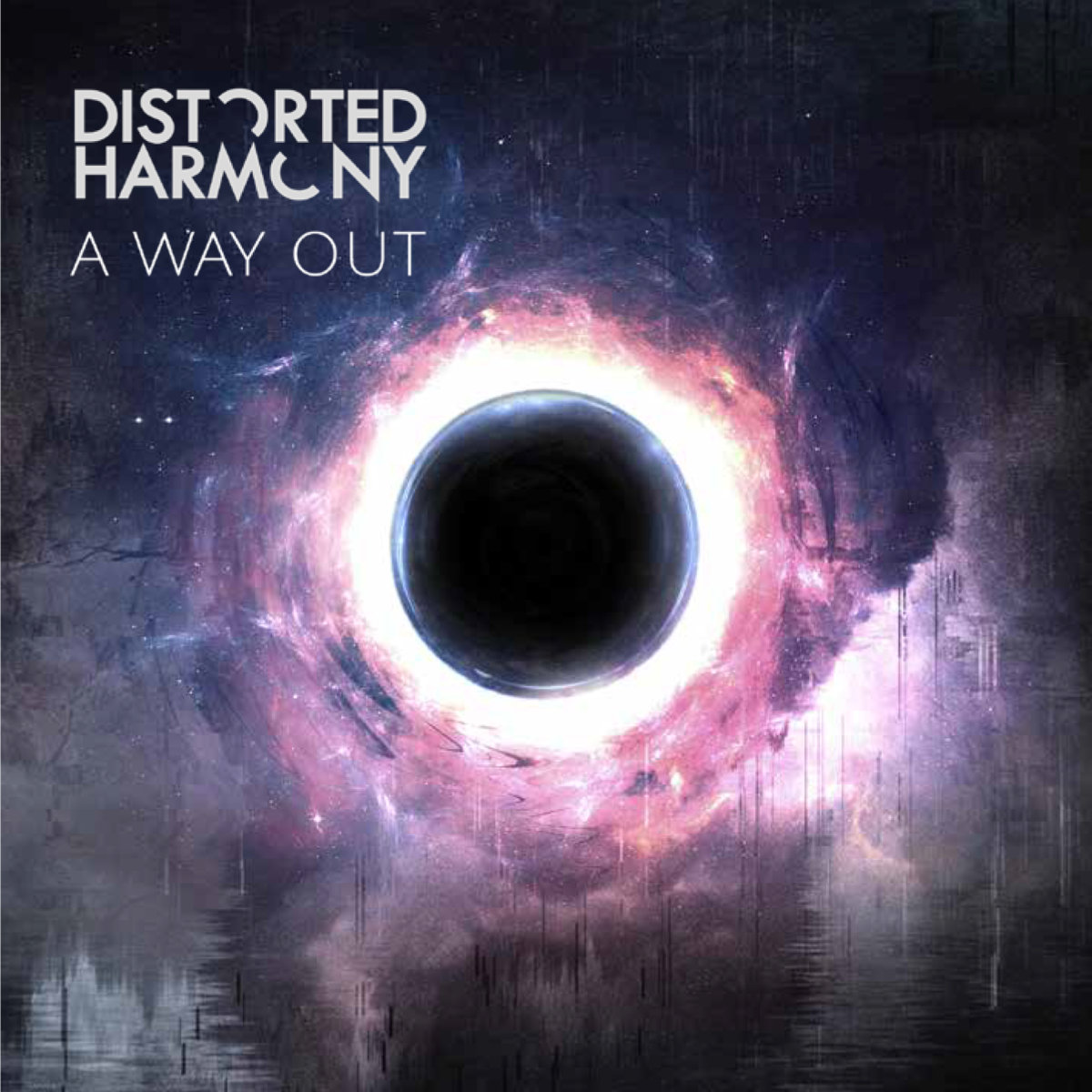 “A Way Out” Album Artwork

Distorted Harmony never devolves into a shred fest. Each instrument serves the song and the song only. For “Ester” is a brief instrumental interlude that likely could have been further formed into something more. However, it’s a nice breather from the avalanche of chorus driven songs. It features some tasteful, cinematic synth work from keyboardist Yoav Efron. It is followed up with some more manic guitar riffing and solo work from both Yoel Genin and Amit Plaschkes. It feels like the band has the chops to go off in a Dream Theater direction with more focus on the shred. Instead they always keep their focus on the song.

The alternating currents continue with the ferocious “Anima” followed by another well written ballad, the title track. Next up, “Time and Time Again” deviates slightly from the successful formula as it is primarily keyboard driven and the closest thing to AOR that this band gets.

Distorted Harmony has delivered a killer and tight album, plenty of standout moments and oozing great talent and interesting ideas. You will find yourself listening to it on repeat. The catchy choruses that are turned sideways by the gargantuan riffage makes the music never sound stale. While this release could certainly be filed under the prog-metal category, it really transcends labels and is just well crafted music. There is a mindfulness of progressive rock and metal’s unbounded technical gamut and these guys are unquestionably unafraid of exploring many musical pathways. Do yourself a favor and give A Way Out a spin.

“A Way Out” Track-Listing:

Combining memorable choruses with crushing, gargantuan riffs, Distorted Harmony delivers an album that should certainly be in everyone's prog-metal lists when the year is closing its curtains