When bands reinvent themselves mid-career, hopefully it leads to greener pastures. For Dilemma, it surely has pointed to a promising future with new album Random Acts of Liberation. Much of said reinvention is due to bringing in a new front man, singer and guitarist Dec Burke. The sole Brit in this otherwise Dutch band, Burke also brings in his signature style which has been on display in his previous bands Frost*, Darwin’s Radio, Audioplastik and his solo career. The results speak for themselves: a brilliant lead voice supported by talented musicians, catchy songwriting and crystal-clear production. For fans of the songwriter and rock side of prog, this may be a favorite release of 2018.

Dilemma was originally founded in the ’90’s by current keyboardist Robin Z, with debut album Imbroccata. Their last gig was in 2012 and their future left in doubt when lead man Danny Butler left the band. The answer to this dilemma (sorry, the pun is inevitable) eventually turned out to be Burke. Guitarist Paul Crezee, bassist Erik van der Vlis and celebrated drummer Collin Leijenaar initially carried on behind the scenes with Robin Z, writing for a future album which would eventually find its completion once Burke joined the band. The new album is a proud statement of the reborn Dilemma, 14 songs lasting over 70 minutes in length. For some music lovers who prefer the classic LP duration of 45-50 minutes, an album of this length might have packed a stronger punch if it didn’t go the distance to fill up an entire CD. Fortunately, the material stays consistently strong throughout and the band can be forgiven for offering us so many tracks, given how infrequently they have released albums in the past.

A strong opener is a key moment in a band’s reinvention, and with “The Space Between the Waves”, Dilemma has a winner. Instantly radio friendly with a moving chorus, this lead track also shows off the production skills of Leijenaar, which will continue to delight our ears throughout the album. We are treated to a perfect blend of edgy guitars, keyboard symphonic washes, solid low end bass, aggressive drumming and multi-layered, engaging, delightful vocals. Mixing from Rich Mouser undoubtedly helped to perfectly place all of these elements, which means that Dilemma hits hard, but goes down smoothly. It’s catchy prog, strongly rooted in rock but with pop and metal sensibilities emerging throughout. 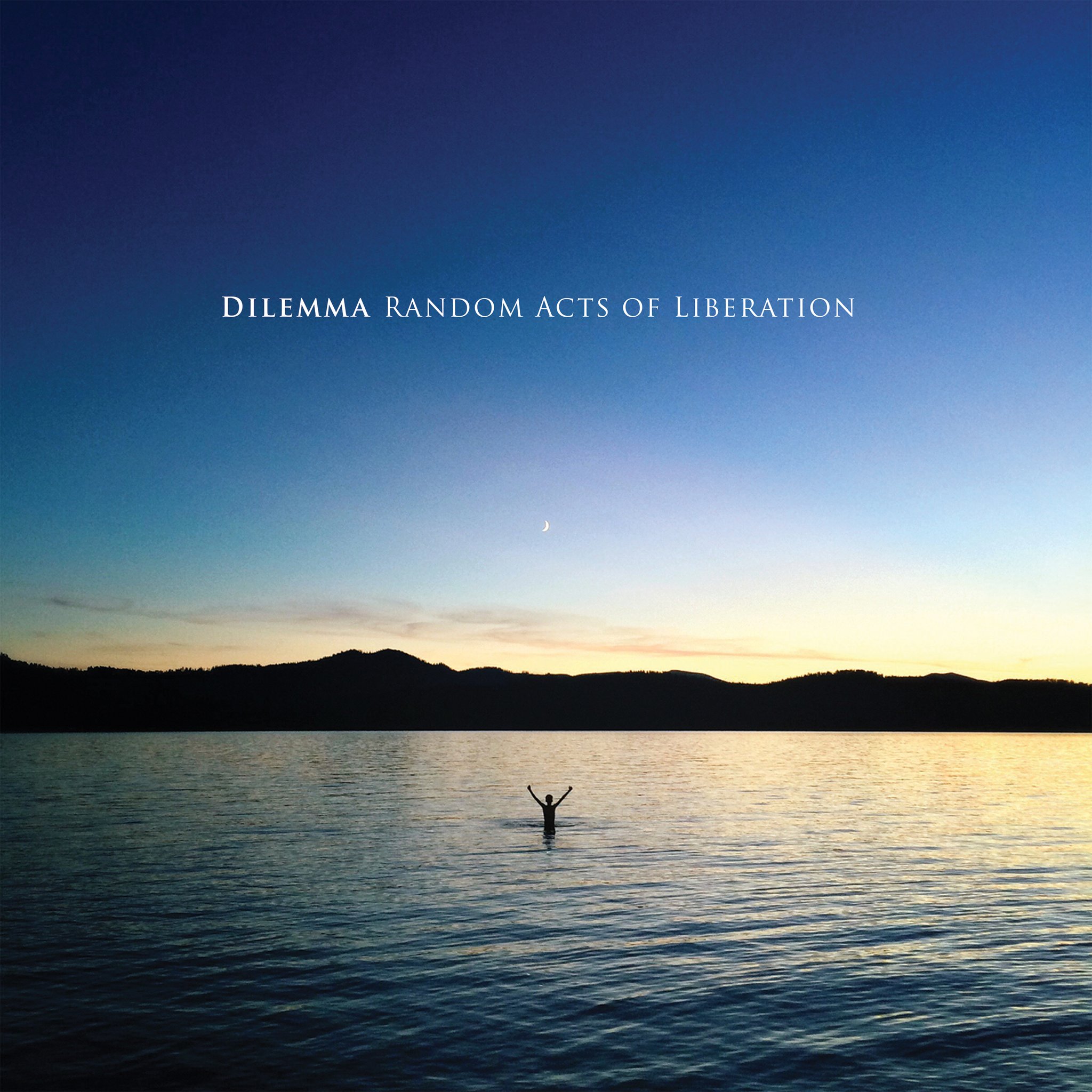 This formula is repeated throughout the album on excellent tracks like “Openly”, “Amsterdam”, “All That Matters”, “Prodigal Son” and many more. All feature strong melodies, solid rock production arrangements, dynamic “progressive” twists and turns, and the sense of a real band identity. Some tracks are harder-hitting like “Pseudocomaphobia”, allowing the band to take a few self-assured steps into prog-metal territory. It’s clearly a band effort throughout the album, but Leijenaar’s precise, passionate drumming and Burke’s classy vocals are what will likely make the biggest impression on the listener.

While the album doesn’t feature any full-on ballads due to the band’s constant playing with dynamics, there are plenty of tender passages in most of the tracks. On a few songs these moments are emphasized, such as on “Aether”, “Intervals” and “Wonder”. Burke’s soothing voice comes even more to the fore, and at times we are treated to backing female vocals from guest Jessica Koomen. These are some of the best songs on Random Acts of Liberation, and in a just world a song like “Intervals” would be in regular rotation on the radio.

To bring a bit more diversity to the flow of the album, we have a few brief pit-stops with the acoustic “Dear Brian” and the instrumental “Spiral II” & “The Mist of Vale”, all of which serve their purpose and bring an even greater dynamic range to the album’s complete arc. There also is one mini-epic featured, the 12 minute “The Inner Darkness”. It’s a solid song and features extended guitar soloing, but still is pretty much in line with the album’s general songwriting approach, rather than standing out the way that some mini-epics do.

The music throughout is written by all members of the band, with the lyrics predominantly being penned by Robin Z, although some other members also do contribute to the lyrics here and there. This furthers the sense of the album being a band effort. Several guests appear throughout, including mixer Rich Mouser on guitar. Despite his omnipresence vocally and on guitar, Burke has the least amount of songwriting credits, perhaps because much of the material was written before he joined the band. It will be interesting to see how that develops with subsequent albums, given that he makes such a strong impact.

Dilemma has just finished a well-placed support slot on the Sons of Apollo European tour and hopefully will find more outlets for live touring in the coming year. With such a strong album under its belt, one would hope that the band will bring in a host of new fans and record a follow-up album in the not too distant future. They are truly poised for success, let’s hope that they seize it!

Strong, dynamic and engaging songwriting is at the core of Dilemma’s strengths, delivered with expert musicianship and sterling production. “Random Acts of Liberation” offers a wealth of rock-based material for the lover of modern prog. Fans of bands like Frost*, Kino, Spock’s and similar bands should not miss this release.