There are many doubled edged swords lain before veteran artists seeking to continue their ongoing journey, but the most treacherous of them all is the elective task of rerecording past material. Though opinions may vary, more often than not a band that attempts to bring a seminal offering from a bygone era into the present day with a newly minted the production often finds themselves either robbing the original character of the songs in the process, or otherwise battling insurmountable expectations from the old guard of their respective fan base. Adding a further wrinkle into this risky venture, in the case of a band from the early days of heavy metal, is the ongoing trend of bands trying to recreate the old rustic sound down to the last sonic nuance, often to the point of incorporating almost every flaw present from the days of analog recording. Yet there is one band that seems willing to buck this trend of late and have struck auditory pay dirt while doing so, and that is the iconic NWOBHM act Diamond Head.

To those who remember the early 80s when heavy metal was the law in the British Isles, the stellar debut outing that was “Lightning To The Nations” needs no introduction. It functioned as something of a bridge between the older, hard rock roots of the style that progressed through the 1970s on both sides of the Atlantic and the newer, nastier sound that was beginning to rear its head thanks to the exploits of Motorhead and a few others. But those who were born in the years since will likely only know it through the promotion that it enjoyed via the homage repeated paid to it by Metallica throughout their early years and their regular practice of covering select songs from it. Were the latter group of metal devotees who may well only know such seminal classics as “Am I Evil?” or “The Prince” due to the 1998 “Garage Inc.” LP to hear the original 1980 opus today, it might barely pass for a metal album by current standards and be more readily seen as a successor to Led Zeppelin or Deep Purple with a more abrasive guitar presence.

While this 40 year anniversary tribute to the original is tailor-made for those accustomed to the highly compressed, maximum heaviness production practices of the present day, it is also faithfully realized for those loyal to the humbler sounds of yesteryear. Despite original guitarist and co-founder Brian Tatler being the only musician with any connection to the 80s incarnation of this band, let alone perform on the original album, it comes with a comparable degree of musical credibility that shines through its more industrialized skin. Vocalist Rasmus Andersen has both the range and the power to match the soaring character of Sean Harris’ original performance, but also proves apt at adding some rougher edges to coincide with the more aggressive tone of this particular rendition. Likewise, the chunky and distorted bass work of Dean Ashton and the thunderous punch of Karl Wilcox (the second longest serving member of this fold) provide a solid foundation that is loose enough not to lose the rocking roots of these songs, but also tight and ferocious enough to give things a moderately thrashing character. 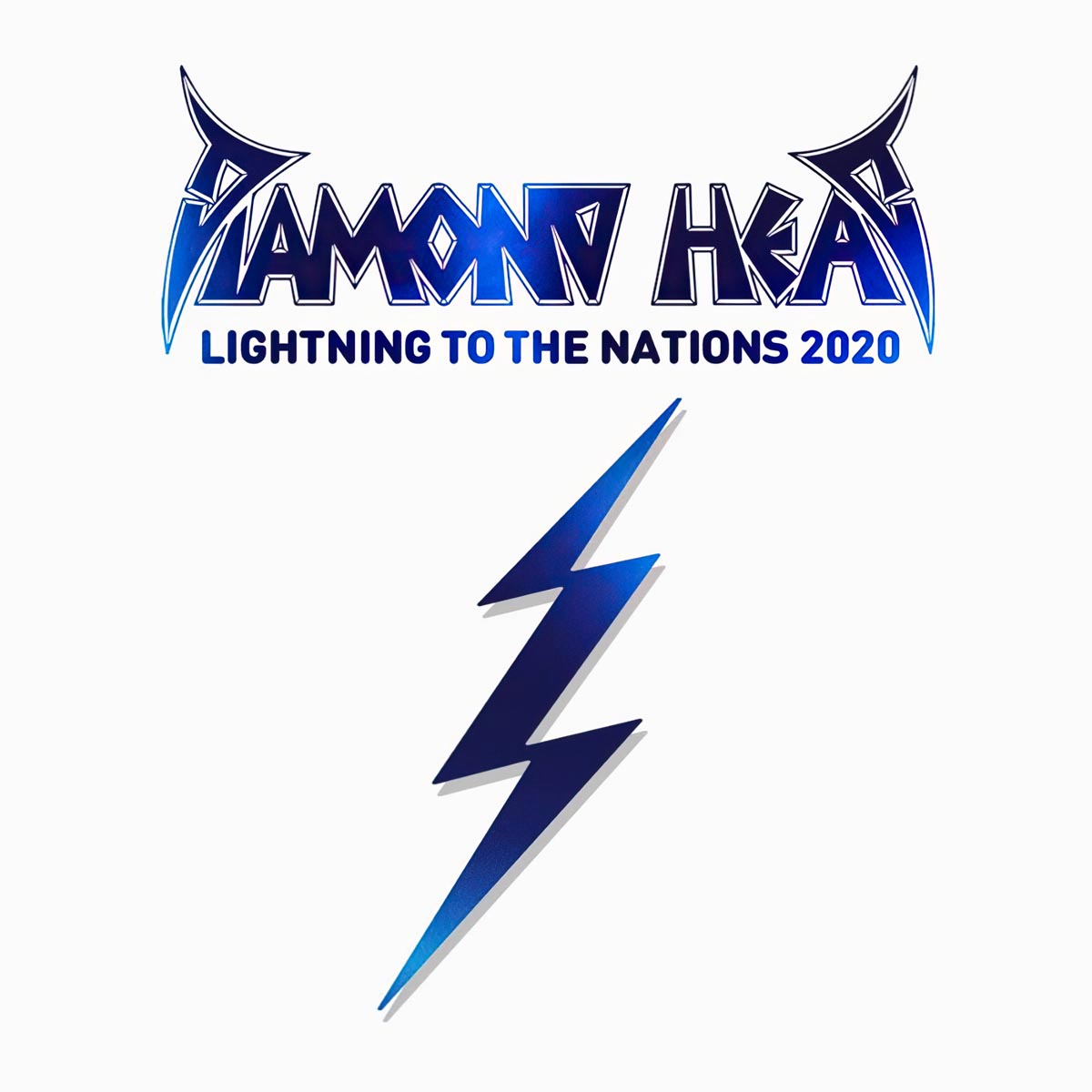 Selecting a standout moment from the revisited seven compositions that rounded out the original would be a fool’s errand as the original was a pinnacle moment in heavy metal’s versatile character and qualitative consistency. The generally mid-paced rocking good times of the opening title anthem “Lightning To The Nations” and the jazzy shuffle with a heavy edge “Sweet And Innocent” are powerful examples of how the style’s bluesy roots and Tatler’s spiced up riffing can easily translate into a heavier template. Likewise, the drawn out jam session with a raunchy lyrical approach “Sucking My Love” showcases the style’s affinity with the 60s and 70s rock template where time limits were optional and all but non-existent in the live venue. The flash and flair of speeders like “The Prince” and “Helpless” build upon the strides made by Judas Priest while also showcasing a more adventurous songwriting approach bordering on epic in scope. But if there is one song that stands out from the pack, it’s “Am I Evil?”, if for no other reason than that its proto-thrashing character and its status as the most iconic metal anthem since Black Sabbath’s eponymous offering fits perfectly into this darker and more forbidding production sound.

Yet insofar as this album is a retread of the past, it functions also as a tributary offering to the whole style and a guide as to where the Diamond Head sound came from when considering the included cover songs. The renditions of “Immigrant Song” and “Rat Bat Blue” confess of a band that was very much aware and tightly rooted in the traditions that were handed down from Led Zeppelin and Deep Purple in the years prior to their formation, and the only thing more surprising than how well these earlier rock anthems fit into the modern heavy metal template is how seamlessly Andersen’s vocals can shift towards the banshee wailing days of yore. On the other hand, the inclusion of Judas Priest’s classic, long running metallic trailblazer anthem “Sinner” showcases where Diamond Head’s stylistic affinities were most concentrated during this album’s original composition given its heavy similarity to the majority of the original 7 tunes. Combined with the cover of Metallica’s “No Remorse”, which sounds so similar to the original version it could almost be its twin, it was equally clear that Diamond Head were both with the times and ahead of the times as they were tied to the glory of the past.

In the vast majority of occasions, the remake will pale in comparison to the original. This particular case differs in that it avoids the trap of sounding too similar or too different from its source material; a fine line that few can walk affectively. It’s a testament to the glorious history of heavy metal that continues to buttress every new act that comes raging out of the underground, but more so an example of how a guitarist with a vision and some impressive chops can build the same basic monument of greatness with an entirely different fold of musicians. To be clear, there is not a dull moment to be experienced during any of these eleven performances, but it’s impossible not to find oneself itching for Brian Tatler’s idiomatic guitar solos to come roaring into the foreground, providing a missing link between the frenzied blues noodling of Jimmy Page and the virtuoso shredding of Ritchie Blackmore and Eddie Van Halen. In essence, the only thing that makes “Lightning To The Nations 2020” inferior to its 1980 original self is that the latter was recorded first.

“Lightning to the Nations 2020” track-listing

Rising like a phoenix from a long distant past, an iconic mainstay from the NWOBHM and early progenitor of the thrash sound turns the production clock forward 40 years and delivers a revitalized rendition of the original classic.