Coming from Australia, Dead City Ruins hopes to live up to the country’s reputation of producing gritty and bold hard rock. Their third and new album Never Say Die will certainly help them get the attention they deserve, and is sure to please the fans of other retro-rock acts such as Rival Sons and Blackberry Smoke. Having toured in support slots with Skid Row, Orange Goblin and Mastodon, the band seems to be on the right track to reach an audience avid to revive the 70’s hard rock with an extra dose of flare and good humor. These guys play rock’n’roll as if their lives depended on it.

And in a sense, it actually does – as Jake Wiffen, the band singer explains; “In 2015 we sold everything we had, every single possession, bought flights to Europe and toured there for 10 months straight. That was hard, but awesome. Back in Australia, we spent all the money we made on this album. We really rolled the dice on this one. We wanted a great producer who knows what he’s doing and knows the industry of today, not from the Eighties. His job was to help us make these songs as great as they can possibly be, whatever the cost.“ 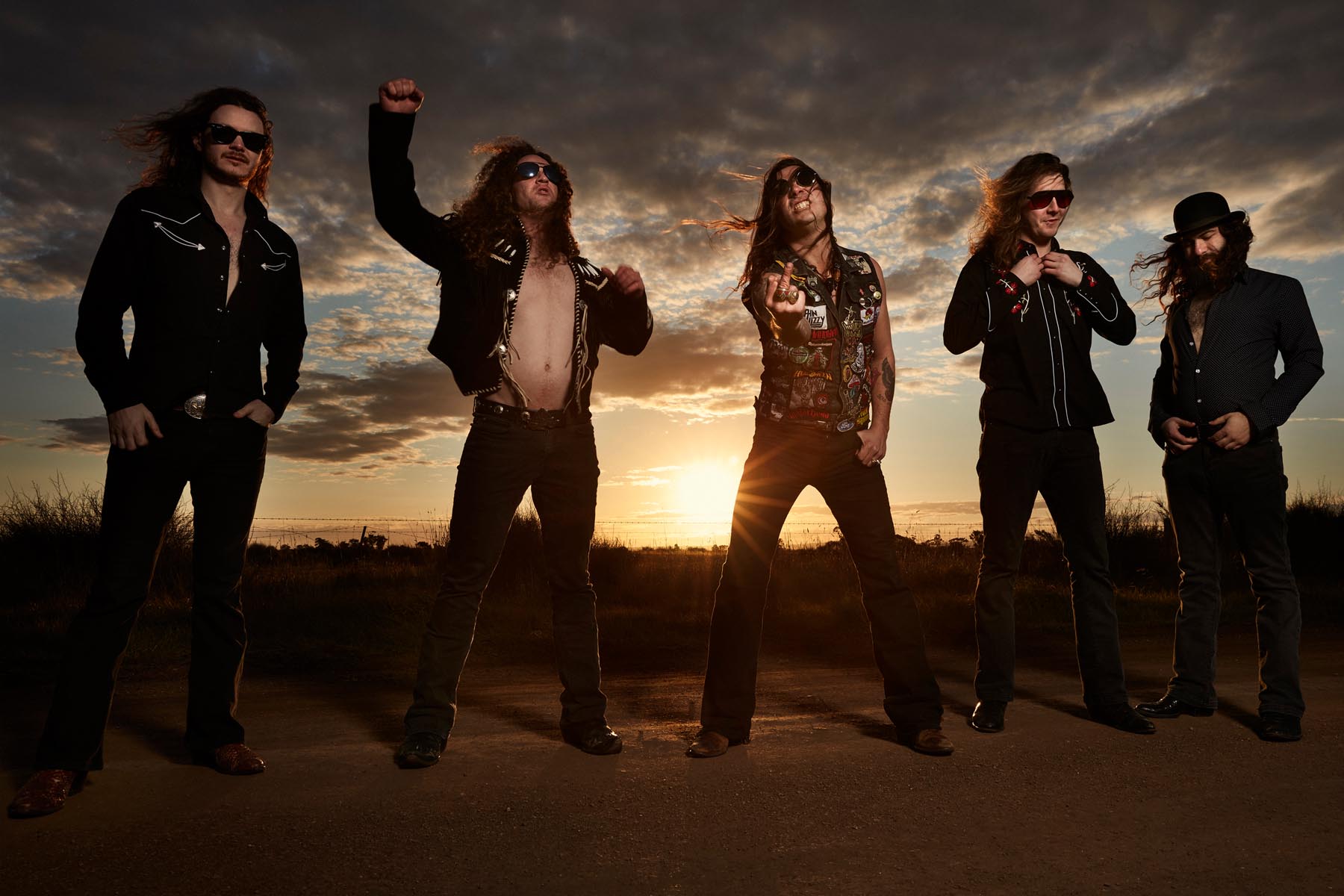 Recorded in Melbourne, Never Say Die kicks off as a rock album should, with a great vintage riff, showing passion, power and soul. The production is slick, and of course the guitar tones hark back to the mid seventies. The first cut “Devil Man” alternates the Black Sabbath heaviness with Thin Lizzy harmonies and ends with a high note from Wiffen and a menacing laugh which of course wasn’t planned, and alludes at the spontaneity of recording sessions of that era, where certain unintended notes and sounds made their way into the end product in the albums.

Song number two “Bones” has a bit more cadence and weight, and here is where the vocals are the most reminiscent to Ozzy‘s glory days. If you have any doubts about that, check out the video for this song, where Jake even sports a tassel sleeve shirt, much like the Madman used to do in his first stint with Sabbath. “Dirty Water” comes next, with a call-and-response chorus which will sound amazing with an engaging crowd of any size. “Rust and Ruin” is a heavy ballad where the bass guitar takes the forefront, perfect for the “let me see your lighters” moment of a live show. At this point it’s obvious how organic this album sounds and how all songs are written with the purpose of sounding grandiose on stage. It’s almost as if they wrote them considering how big they are striving to become.

“The River Song” is a title which has been used many times in rock music, and this particular one seems to have a reference to Buffalo Springfield‘s “For What It’s Worth”. The beginning sounds like something written in the depths of Louisiana, and it soon evolves into a 90’s-tinged rocker, where Jake explores a different side of his voice. The guitar solo here also stands out in comparison with the other numbers on the same release, and this song wouldn’t sound out of place in a mid-90’s The Cult album. “We Are One” brings the weight back to the forefront, and the thumping bass and guitar riff remind us again of something that could be on Sabbath Bloody Sabbath. “Destroyer” has a Zeppelin-esque atmosphere and riffs, and a great use of hi-hat which was made famous by John Bonham. “Raise Your Hands” even has Zeppelin in the lyrics, with a mention to a “Misty Mountain Hop”. The album closer “Lake of Fire” is a gut-wrenching ballad, which shows the softer side of the band, before evolving into another Zeppelin-infused riff accompanied by gritty vocals and a great ending to the proceedings. 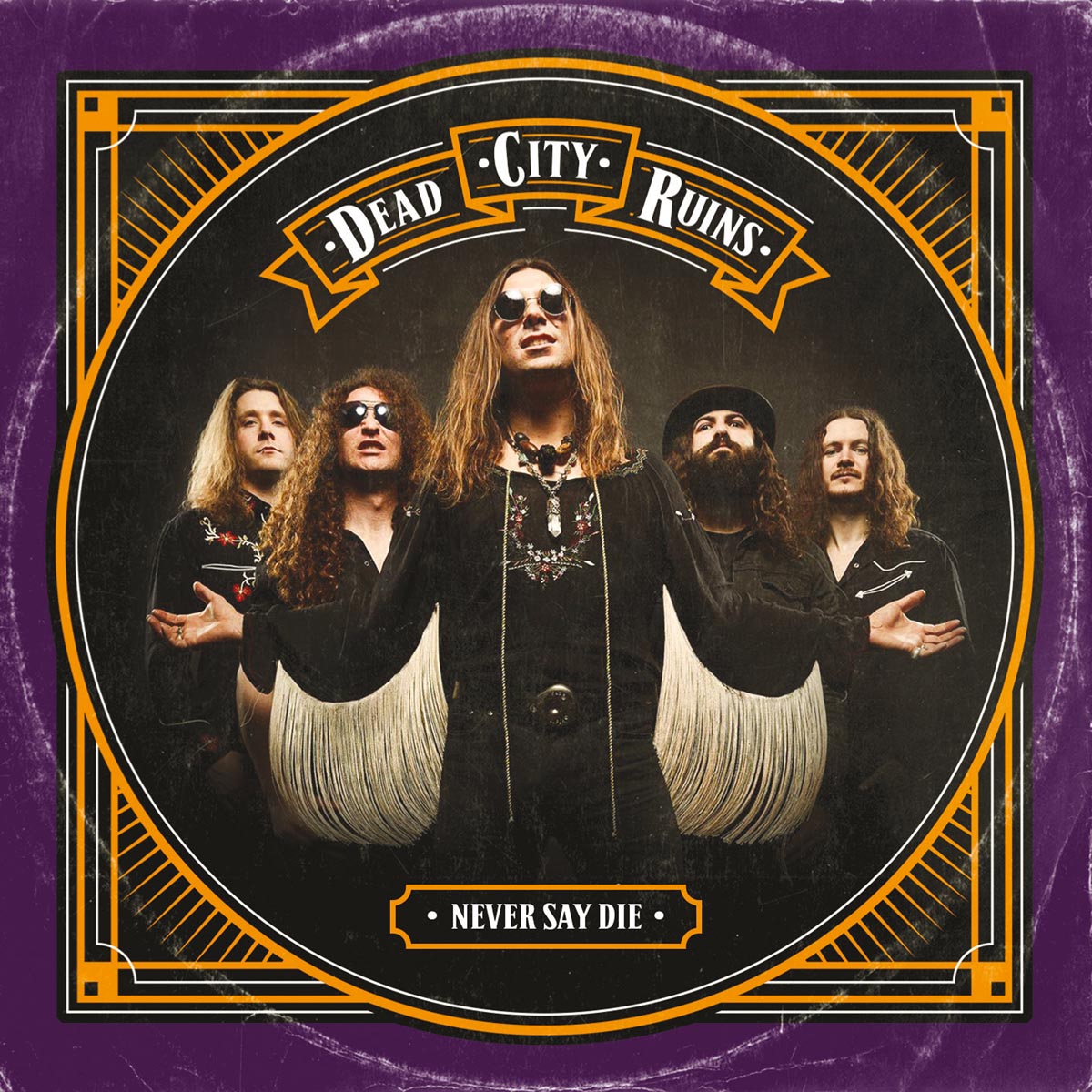 The band has received praise from Skid Row and Ugly Kid Joe for their relentless attitude on the road, and the effort put into the new album is palpable. From the crispy production up to the cover, which faithfully mimics the ring wear found in old vinyl covers, every box is ticked. The majority of the songs here are under the four minute mark, making this a pleasant listening experience. Three albums in, and the signs that Dead City Ruins have found their own musical niche are definitely showing. Fans of 70’s hard rock will not be disappointed!

The songwriting skills are certainly there, execution is flawless and overall production is pristine. Their music is deeply rooted in the core sound of Sabbath and Zeppelin, and while this certainly wouldn't check off the originality box, it would please please any hard-rock fan looking for a revival of the 70's glories.