I have a history with Blue Oyster Cult. I bought their first album when it came out in ’72.  The lyrics were quirky, the riffs were heavy, the sound unique.  I played “Cities on Flame with Rock and Roll” until the grooves were gone (youngster, ask your parents about that). So I kept buying, the next four albums as they came out: “Tyranny and Mutation,” “Secret Treaties,” “Agents of Fortune,” “Spectres.”  And in 1976, I saw them on their Agents tour.  Powerful.  Attention grabbing.  Long on talent, short on height (the tallest member of the band was 5’8”).

My interest wandered around 1977 or so.  To be honest, “Godzilla” seemed more like a novelty song than a typically strange BOC effort.  “Burnin’ for You” in ’81 piqued my interest—mildly.  It was pretty mainstream for this band.  And as original members drifted away, I lost contact.  Sure, I occasionally went back to the collection and pulled out the first album (well, actually a CD by this time).

Well…I checked it out.  And I’m not so happy.

Let’s start off with “Cult Classic,” first released in 1994 and newly remastered and reissued.  And here’s where a personal bias comes in.  In this one, BOC re-recorded many of the big hits from the salad days. 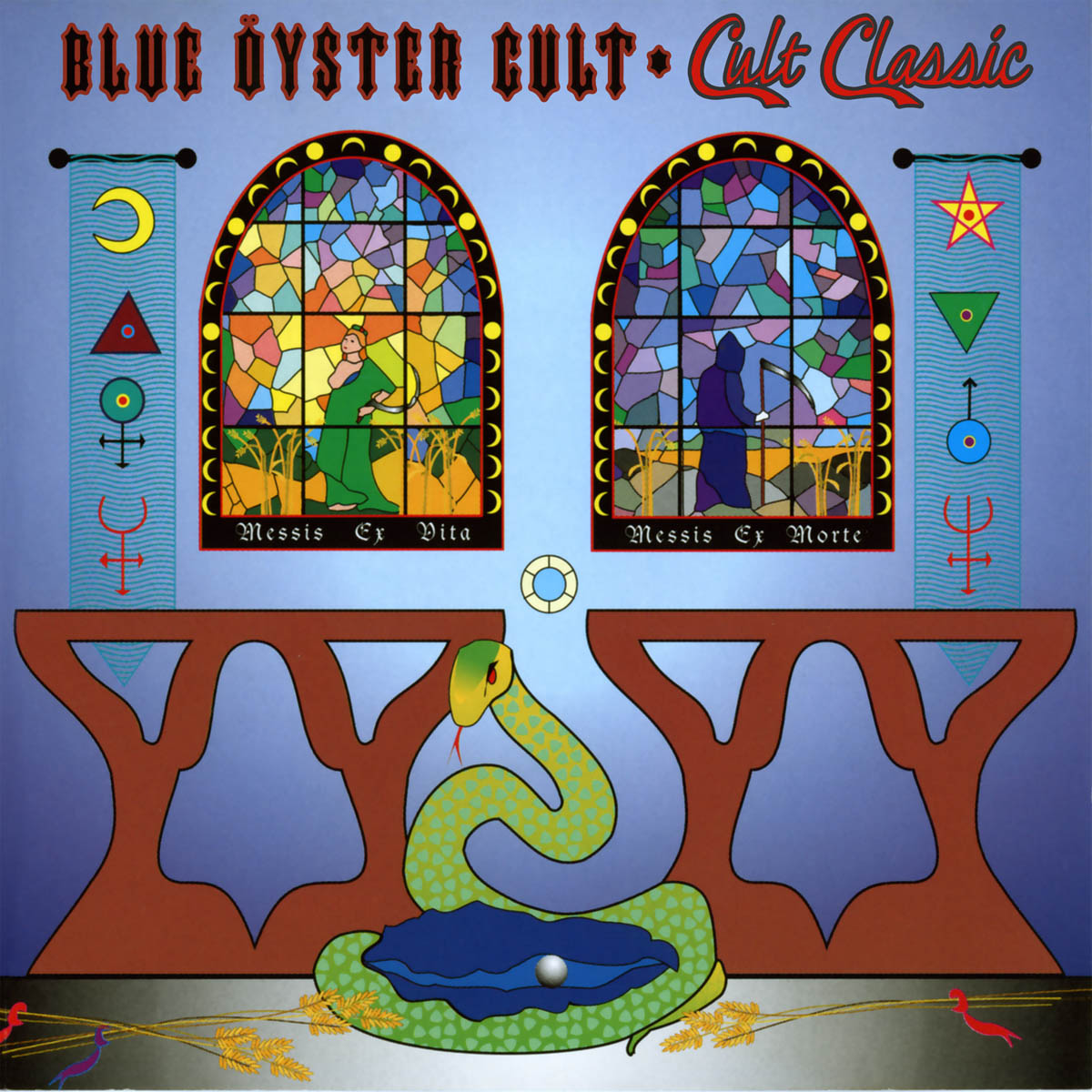 The Bouchard brothers—Albert on drums and Joe on bass—are gone (some refer to this version of the group as 3BOC).  Their replacements are great.  The sound is tight.  One can hear a few new things in the mixes—keyboards higher up, a somewhat different guitar solo.  But, still…

As you can tell, I have a bias against “re-recordings” of the hits.  If I see that on the jacket, I move on.  Rarely does a re-recording match the original.  It seems like a money-grab on somebody’s part.  And in this case…they re-released it!  Remastered or no.  That’s re-diculous!

I’d better shift gears before I really lose it.

So let’s move on to the second new release, “Hard Rock Live Cleveland 2014.”  I promise not to get as upset…

We’re down to 2BOC on this one.  Guitarist/singer Donald “Buck Dharma” Roeser is still around (the whole thing would collapse without him, I suspect).  And Eric Bloom continues to handle most of the singing along with some guitar and keyboards.  The new guys—relatively speaking—are multi-instrumentalist Richie Castellano, drummer Jules Radino and bassist Kasim Sulton.  You read that right.  Kasim Sulton, longtime Utopia and Todd Rundgren colleague is on this one (although his time in the band was somewhat brief).

In fact, this is one tight band—maybe even tighter than the original group.  The harmony vocals are outstanding (what would you expect with Mr. Sulton on board). The guys do justice to the songs, and, yes, all the old hits are present on this two-CD production.  In fact, almost all of the 17 songs come from that period between 1972 and 1978.  I should really like this one…but…

We all get older.  And the lead vocals by Roeser and Bloom are often weak, quiet.  At a couple of points in “(Don’t Fear) the Reaper,” Buck Dharma’s singing is almost lost in the mix—and the band tries to get very quiet to allow him to stand out.  Same with Bloom.  There are points where he can still project his voice, but there are others where he almost disappears.  It makes me yearn for Albert Bouchard’s original take on “Cities on Flame with Rock and Roll.”  Now that was…flaming rock and roll.

The other thing about aging: we slow down.  And in listening to this album, I had the sense that the band had lost a little zip, that the tempo was dragging just a bit.  So I compared it to two of the group’s live albums from the ‘70s, “On Your Feet or On Your Knees” and “Some Enchanted Evening.”  Granted, BOC sped things up in those performances (and when I heard them in concert as well).  But the 2014 iteration of the band lags.  It’s not a huge amount.  In some ways, it doesn’t impact the performance.  But for any BOC fan who knows the old stuff, it is noticeable.  It doesn’t encourage multiple plays.  It allows the mind to drift to other things instead of focusing on the music.  That is not a good thing.

Blue Oyster Cult is supposedly coming out with new music sometime this year (although they’ve been promising that since 2017).  I’ll be interested to hear what they come up with.  But when it comes to the two releases just out…I’ll be digging into my CD collection and pulling out the early BOC stuff, back when the band was truly on the “Hot Rails to Hell.”

“Cult Classic”: Classic rockers Blue Oyster Cult re-release a 1994 album that featured re-recordings of its greatest hits.  The effort then and now – unneeded, especially for those who have the original recordings from the ‘70s and ‘80s.