Avantasia – the all-star rock opera spaceship piloted by Edguy singer, songwriter and producer Tobias Sammet – began as a side project by Tobias, who always wanted to write a heavy metal opera with multiple singers. His dream became reality with the release of The Metal Opera in 2001, followed by The Metal Opera, Part 2 a year later. Since then, Avantasia has gone on to tell two more stories across five full-length albums, bringing in vocalists and musicians from both the classic and modern metal scenes. Regular contributors include Ronnie Atkins (Pretty Maids), Michael Kiske (Helloween), Jørn Lande (ex-Masterplan) and Bob Catley (Magnum), while some of the more notable vocalists who have made appearances over the years are Geoff Tate (ex-Queensryche), Eric Martin (Mr. Big), Joe Lynn Turner (ex-Rainbow), Tim “Ripper” Owens (ex-Judas Priest), Klaus Meine (Scorpions) and Alice Cooper.

Moonglow is the beginning of Phase Four in the Avantasia series, and all signs indicate that this album is a shift in musical direction for the project, without abandoning the Power Metal flavour that has made it so successful. Unlike previous Avantasia albums that have focused on telling a complete story throughout the record, Moonglow appears to be more of a thematic concept album in the vein of Steven Wilson’s The Raven That Refused To Sing or Ayreon’s The Dream Sequencer Pts 1 & 2. None of the singers play characters and there is no overarching story with a beginning, middle and end; instead, there is one central character, and each song is a window into his navigation through the Moonglow universe. This makes for a more relaxed listening environment, as the songs are given more breathing room to stand up on their own rather than have the pressure of moving the story forward.

Sammet has compiled a stellar line-up of vocalists with himself at the front, but this time there is a bit more diversity – Alongside returnees Tate, Martin, Atkins, Kiske, Lande and Catley are newcomers Hansi Kürsch (Blind Guardian), Mille Petrozza (Kreator) and Candice Night (Blackmore’s Night). This lineup covers a broad spectrum of music; Night is most known for medieval folk, Catley & Martin for classic hard rock and Petrozza for Thrash Metal. This has given Sammet enough creative freedom to explore different musical ideas catering to the musicians who sing them. In some cases, he has even done a few juxtapositions and given songs to singers who normally wouldn’t be associated with the style they are signing in.

From the very first note, it’s obvious that this is not your typical Avantasia album. Most of the previous records have started with an instrumental build-up, based around either a riff (Like on “Twisted Mind” from Scarecrow or “Mystery of a Blood Red Nose” from Ghostlights) or on an atmospheric symphonic prelude (Like The Metal Opera Pts 1 & 2). But Moonglow’s opening track “Ghost in The Moon” begins straight away with a subdued vocal from Sammet over a Meat Loaf-esque piano run. As the rest of the band comes in with big bombastic note stabs under Sammet’s passionate melody, the invitation to join the journey is irresistible. The rest of the track goes through several mood changes throughout its almost 10-minute runtime, combining musical theatre and power metal with lush orchestral arrangements by Michael Rodenberg.

The usage of different dynamics continues strongly throughout the first half of the record. “Book of Shallows” features a balls-to-the wall thrash rhythm, in line with something Petrozza would do with Kreator. However, the verses are shared by Atkins, Lande and Kürsch , who all have a gravelly tone to their voices which contrasts well with Sammet’s smooth wail. Petrozza doesn’t come in until the bridge, but when he does, he is given free range to be himself, barking his lyrics in a manner similar to Tom Araya from Slayer.

This is followed by the title track, featuring Candice Night. I was expecting a soft ballad more in line with Night’s work in her own band, and the song actually starts out that way, with Sammet subtlety singing over strings, bass drum and piano. As soon as it’s time for Night to start singing, however, the whole band kicks in with a steady beat for her to soar over. The chorus of this song is just pure Power Metal joy and is bound to get stuck in your head after just one listen.

“The Raven Child” is the album’s longest track, so it’s no surprise that it has the most going on in terms of musical variation. The first part of the song features strong medieval Celtic influences; acoustic guitar, harp, bodhran and strings. Above this, Lande, Kürsch and Sammet all softly sing lyrics such as “Mother Moon, cast your spell on these fields” and “There’s no glory on the last journey home”, evoking an image of minstrels in old England prophesying about what is to come. Midway through the second verse, there is a seamless transition to the full band, with horns and guitars filling up all empty space while the vocals rise in intensity, reaching a crescendo in the chorus, another earworm sure to get fists pumping when it’s played live. The rest of the song has some inspiring moments, including guitar solos from Sascha Paeth combining long vibrato notes with technical shredding.

I was ready for the rest of the record to fully embrace the Celtic vibe, but the next track, “Starlight”, was more typical of what I’ve heard from previous Avantasia records, with soft verses and a big anthemic chorus. The dynamics are explored better on the next two tracks, both of which feature Geoff Tate and form one 10-minute suite. “Invincible” is a soft piano ballad, where Tate is given the chance to show off the subtlety and vibrato that was found in softer Queensrÿche tracks like “Silent Lucidity”. I was particularly impressed with the use of a wave crashing sound effect used a couple of times to accompany the line “Throw yourself into the waves” as well as the clarity in the vocal harmonies between Tate and Sammett. “Invincible” segues straight into “Alchemy”, which is a full embracement of symphonic metal tropes. Tate pulls back as the first verse begins, but by the time the chorus kicks in, he’s fully in his element, showcasing the big operatic voice he’s best known for. 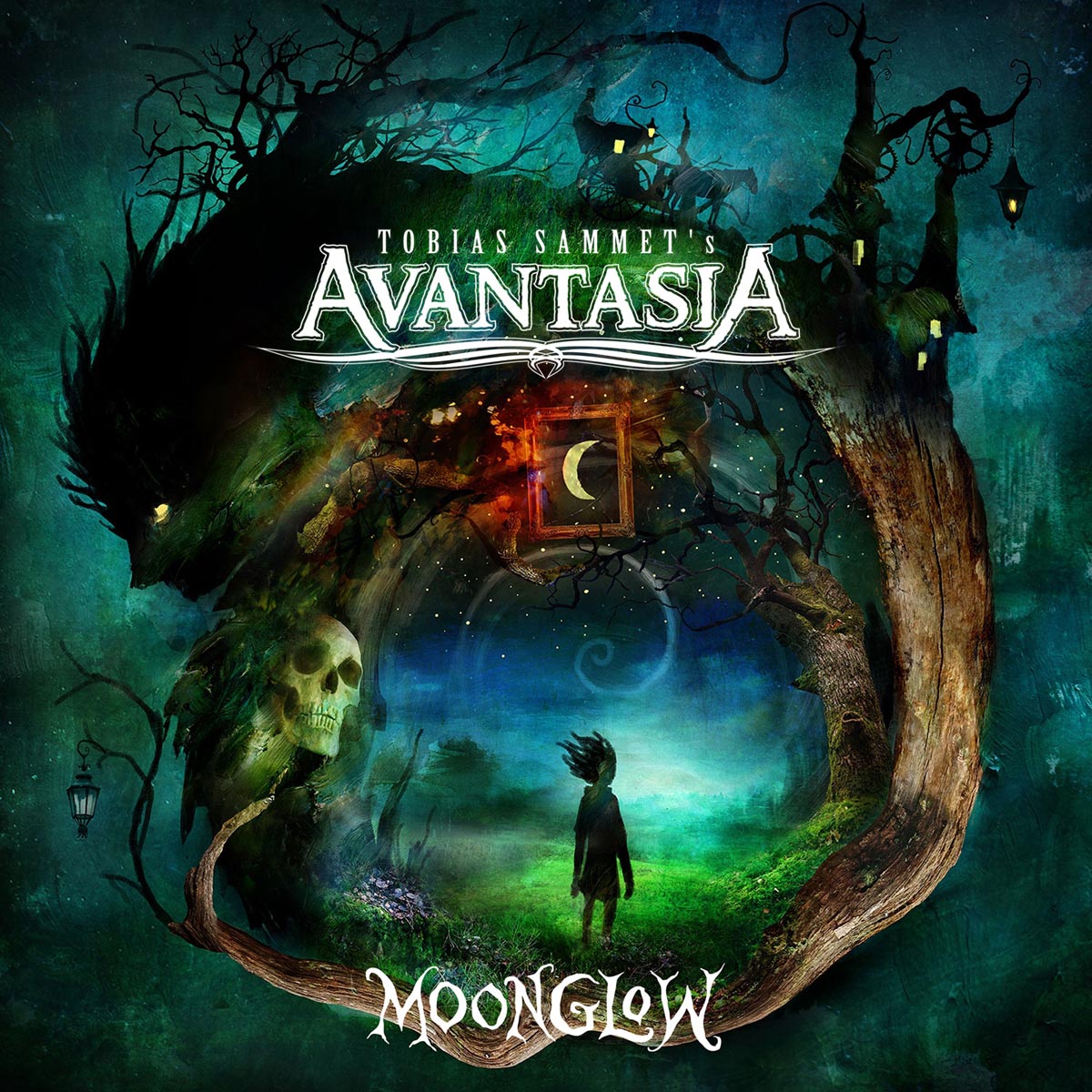 The last third of the album is where patterns start to repeat themselves and things become a bit clunkly. The seven-minute “Piper At The Gates Of Dawn” features more singers than any other track on the album, including the long-awaited arrival of Eric Martin and Bob Catley. Unfortunately, this means the singers only sing one or two lines at a time and the end result is a bit of a vocal mess. Don’t get me wrong, the track is just as good as the rest of the album, but with all the different singers trying to outdo themselves, it was very difficult to distinguish them. Fortunately, Catley gets to show off his deep, smooth voice in the next track, “Lavender”, but Eric Martin, who is one of my favourite singers, only has one or two recognisable lines in “Piper”, while the rest of the time he seems to be trying to make his voice gravellier to match the other singers.

The final original song on the album, “Requiem for A Dream”, is somewhat anticlimactic. It has a promising start with a beautiful choral intro, but despite a powerful performance from Michael Kiske and a bass solo from Sammet, it’s ultimately just another Power Metal anthem with super-fast drums and guitar. But Sammet has an encore up his sleeve to finish off Moonglow on a musical high – it’s a cover of Michael Sembello’s synthpop staple “Maniac”, reworked in Avantasia style and performed as a duet with Eric Martin. Unlike “Piper At The Gates Of Dawn”, where Martin had to compete with all the other singers, here he is in his element and easily identifiable. The arrangement is incredibly logical and aurally pleasing, with the guitars and keyboards blended together to breathe new life into the classic song. Martin and Sammet sound like they’re having heaps of fun on this track, and it’s a nice light-hearted surprise to finish off the record.

This was my first full experience with an Avantasia album, and for the most part I enjoyed it. Musically, it was everything I expected from such a project and more, and many of the choruses are now stuck in my head. My only criticism is that I would have liked to hear more Celtic elements in some of the songs, and a couple of singers were underused. Fortunately, there’s enough for me to return for, and I will definitely endeavour to see the Moonglow live show when it comes to my hometown of Melbourne, Australia in May.

Tobias Sammet’s eighth album as part of his Metal Opera project has enough to satisfy older fans while bringing something new to the table with different musical influences and a wide spectrum of guest singers. Fans of fantasy novels and epic symphonic anthems are sure to love it.