WHITESNAKE and WINGER guitarist Reb Beach will release his long-in-the-works instrumental solo album, “A View From The Inside”, on November 6 via Frontiers Music Srl. The disc’s second single, “Aurora Borealis”, can be streamed below.

“A View From The Inside” is described as “an album that showcases the dynamic talents of the guitar virtuoso, hard rock fans will be transported back to the days when giants like Steve Vai and Joe Satriani dominated the mainstream consciousness (and airwaves), while also simultaneously being shown a guitarist ever pushing himself forward into the future.”

Beach is one of the indisputable guitar giants of the current hard rock scene. His resume with ’80s/’90s mega-stars WINGER alone would earn him this distinction, but his legacy is cemented by his current membership and work with the legendary WHITESNAKE, his past efforts with DOKKEN, and his recent release with supergroup BLACK SWAN, also featuring Jeff Pilson, Robin MacAuley and Matt Starr.

Influenced by the legendary hard rockers of the ’70s, Reb spent his teen years jamming along with the greats of that era like AEROSMITH and MONTROSE, but it was when he discovered more progressive players like Steve Morse, Allan Holdsworth and Larry Carlton that his musical world really opened up. The complexity and the speed of the more prog style of playing was a unique challenge compared to the blues-based playing of most musicians of that era. The discovery of these players was ultimately the catalyst that drove his playing to the level he is now so well known to music fans the world over for. Beach eventually graduated from his home practice space to the Berklee College Of Music, but after a couple of semesters he moved on and soon became one of the most sought-after session players in the music industry, working with such all-time great talents as Eric Clapton, Bob Dylan, Roger Daltrey, Chaka Kahn, Howard Jones and TWISTED SISTER.

While living in New York City, Reb hooked up with his future band-mate, bassist and front-man Kip Winger. Reb and Kip formed the band WINGER and the rest is history. The two proved to be incredible writing partners, crafting multiple platinum records that featured no less than six Top 40 singles. with music that was commercial yet complex.

After WINGER went on a hiatus in the ’90s, Beach‘s career continued thanks to collaborations with Alice Cooper, DOKKEN and NIGHT RANGER, and he debuted as a solo artist in 2002 with the album “Masquerade”.

Following the WINGER reunion in the ’00s, Reb heard that David Coverdale was looking for a new guitarist for WHITESNAKE. He reached out to him and since 2003, Reb has toured the world with the band as well as released multiple albums with them, including “Good To Be Bad”, “Forevermore”, “The Purple Album” and the recent “Flesh & Blood”, plus a number of live albums.

Beach‘s first instrumental album is not a mere exercise of self-indulgence. It is the culmination of over 30 years of study and extremely hard work on his craft. Fans of Steve Morse and Joe Satriani will find a lot to love in the 11 songs on offer here, but while there is certainly a lot of ear candy for the musician types, fans of hard rock in general will find a wealth of melodies and transcendent moments where the songs simply make you forget there are no vocals. 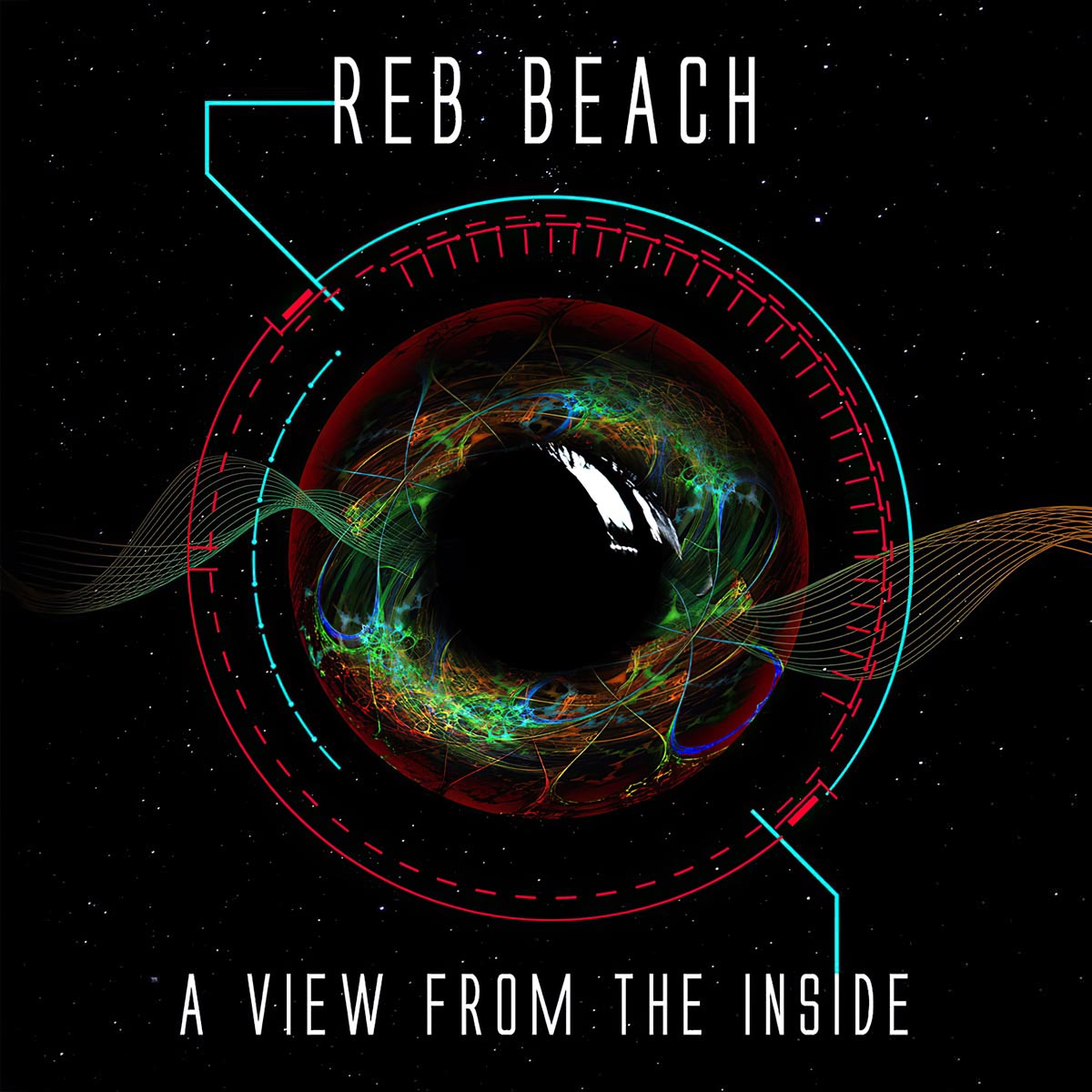 “A View From The Inside” Album Artwork

“A View From The Inside” track listing:

“A View From The Inside” can be pre-ordered here.