British classic rock icons URIAH HEEP have announced today the coming of their 25th studio album, “Living The Dream”, on September 14 via Frontiers Music Srl. Today the first single and video for the song “Grazed By Heaven” has been released, and you can watch it below.  It is available on all streaming services as well as an instant download with digital pre-orders.

The lyrics for “Grazed By Heaven” were written by Jeff Scott Soto and the music was written by bassist Dave Rimmer.  “The song is clearly about sexual tension and desire, very much in the form of ‘Fifty Shades Of Grey’, putting oneself at ease with the person who is taking control of the situation and trusting you will be in absolute bliss. Fantasy and lust is the calling card here, it’s quite black & white really. The song is very sexy so naturally called for a sexy lyric,” says Jeff Scott Soto of “Grazed By Heaven.”

Dave Rimmer adds ” ‘Grazed’ was born out of my desire to write a blazing Heep rock track, I put together the music and arrangement but needed a very strong melody line/lyric to match the music and the Riff….. I have been a fan of Jeff Scott Soto’s voice and writing for many years so asked Jeff about a collaboration, he loved the song and came up with the perfect, & powerful lyric/melody..a very natural seamless collaboration between Jeff and I. A true ‘Living The Dream’ Moment for me” 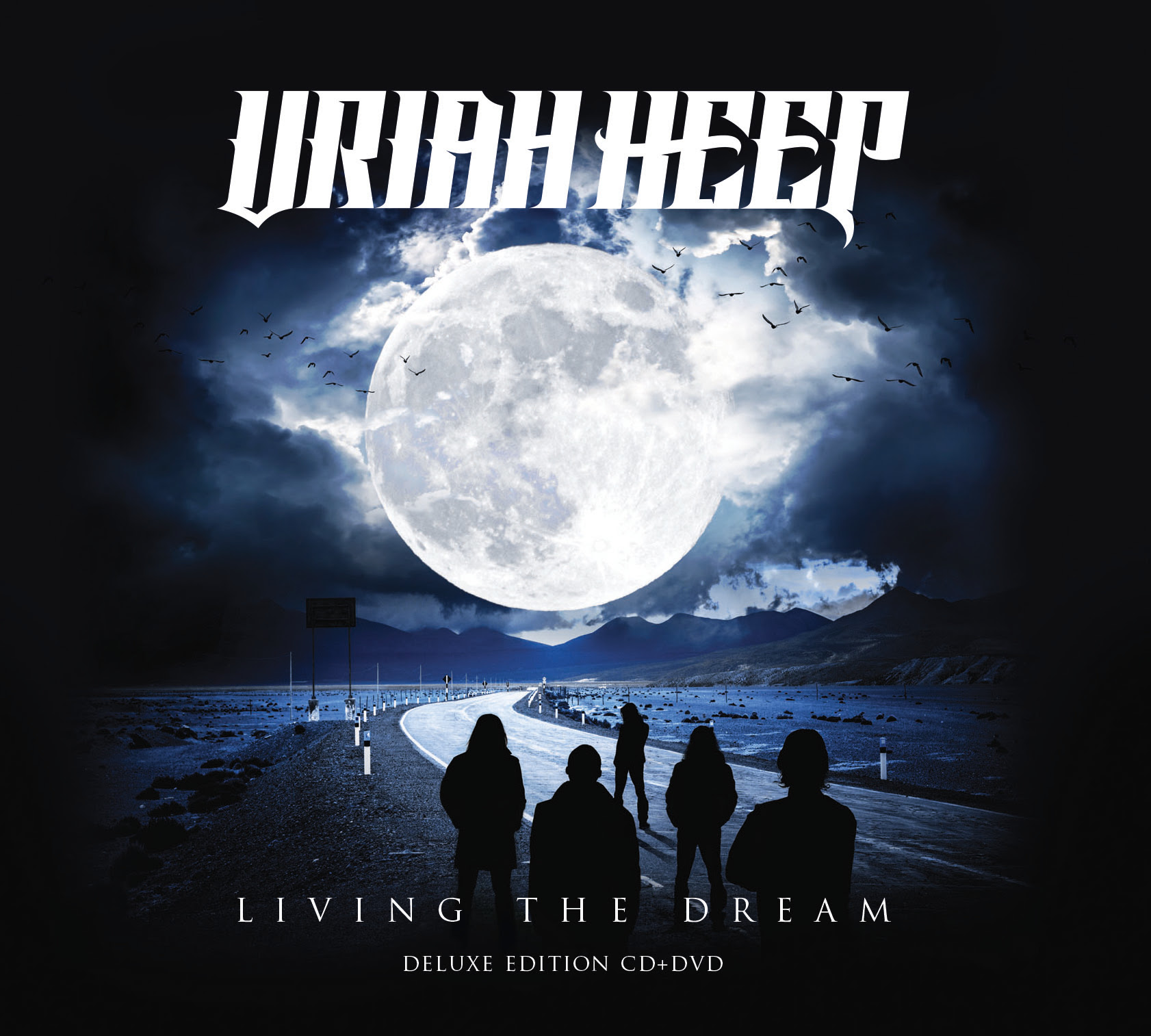 For this album the band teamed up with famed Canadian engineer Jay Ruston. “Working with Jay was amazing! He totally understood what we were going for on this album and he delivered big time. We wanted a Heep album that the band and the fans would be proud of, and with Jay at the helm, we have delivered that,” says Mick Box.  When asked what people can expect from the new album Mick Box says “There are rock songs, rock ballads, and a couple of prog songs encompassing everything Heep.”  Vocalist Bernie Shaw adds that fans should also be ready for, “A full blown ‘rockin’ Uriah Heep record. All the traits that made Heep famous in the past are here on this new album. Passion, power, harmony and substance. Heep trade marks from the first riff.”

The band has announced a full World Tour which will last until the whole first quarter of 2019. “The mighty Heep are proudly able to tour in over 61 countries and we look forward to a packed touring schedule in 2018 and 2019. Touring is in our blood and what we have a passion to do, and so 2018 is no exception,” concludes Box. Fans can view all official tour dates at this location

Track Listing:
1. Grazed By Heaven
2. Living The Dream
3. Take Away My Soul
4. Knocking At My Door
5. Rocks In The Road
6. Waters Flowin’
7. It’s All Been Said
8. Goodbye To Innocence
9. Falling Under Your Spell
10. Dreams Of Yesteryear
11. Take Away My Soul (alternate version) BONUS TRACK – CD/DVD Deluxe Ed.

In conjunction with this release through Frontiers Music Srl, the band is offering some once in a life time experience packages as well as signed copies of the album and many other wonderful things.  Check them out here