New York/New Jersey metal formation TOMBS will be performing their very first virtual concert on February 5 @ 3:00 P.M. EST via Bandcamp, making the band the first metal artist to premiere a live stream through the platform. The band will be present for a live meet and greet and will be selling some exlcusive merchandise items! Tickets and the performance will be made available HERE. Stay tuned for additional information!

TOMBS is currently supporting their latest full-length, ‘Under Sullen Skies,’ which was released in November of 2020. The record has been named one of the best metal releases of 2020 by Metal Insider, Decibel Magazine, The Pit, Riff Magazine, Chicago Music Guide’s Global Music Podcast, and others while drummer Justin Spaeth has been dubbed one of the best drummers of 2020 by Sick Drummer Magazine. 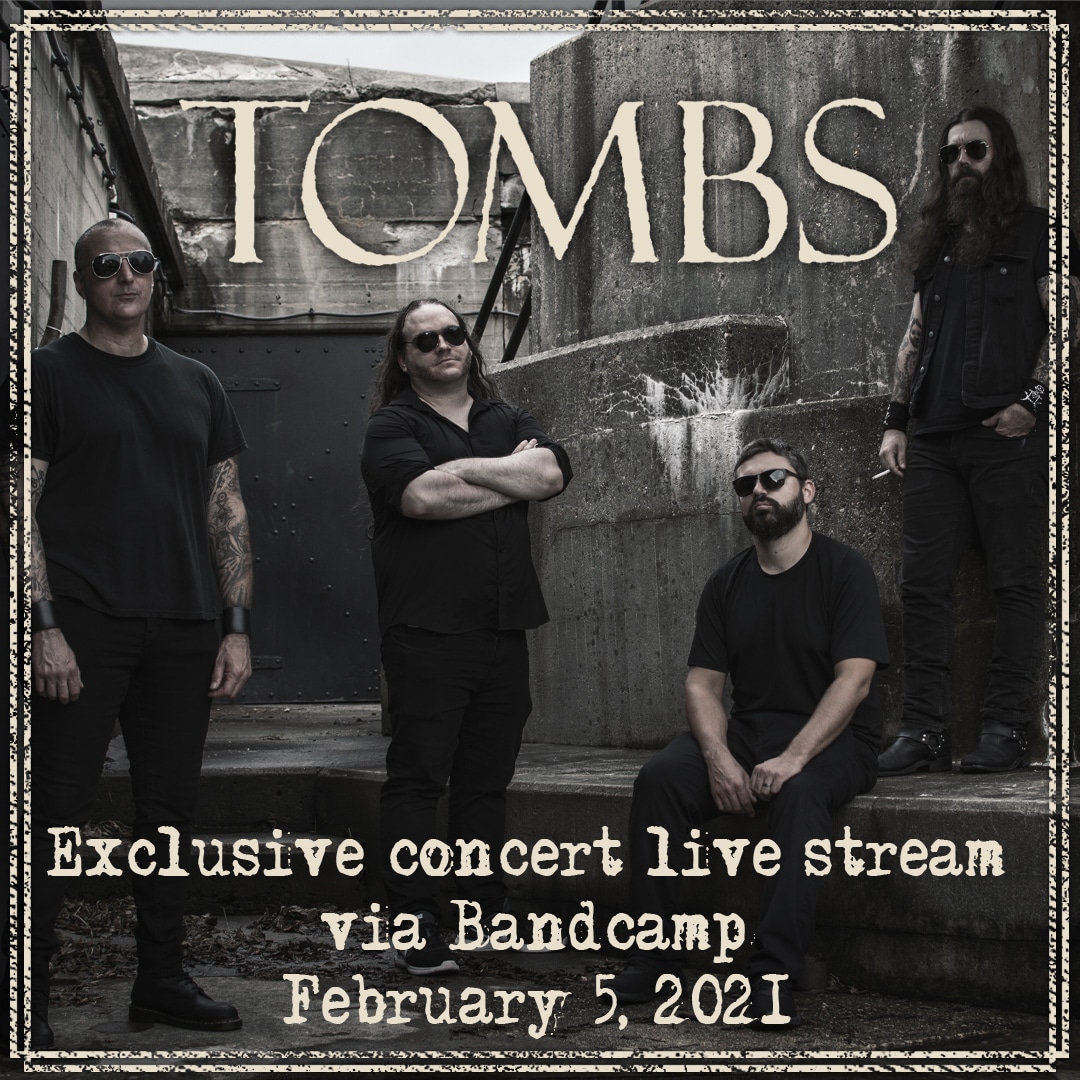 In addition, TOMBS previously premiered the official music video for their new song, “The Hunger,” which pays homage to cinema’s most infamous vampires! The song and video, which was created by Jaclyn Sheer, can be found at below.

‘Under Sullen Skies’ can be streamed, downloaded, and ordered HERE.