To celebrate the 30th anniversary of their classic album “Crazy World” and its worldwide smash hit single ‘Wind Of Change’, lynchpin Scorpions members Klaus Meine, Rudolf Schenker and Matthias Jabs, have all given extensive and exclusive interviews to Rock Candy Mag for a huge 16-page cover story feature. Together with respected musician and lyricist Jim Vallance – who co-wrote 7 of the album’s 11 tracks – Meine, Schenker and Jabs open up like never before to reveal in forensic detail how the “Crazy World” project came together.

“If I’m honest nothing we’ve done in the past three decades matches ‘Crazy World’,” says vocalist Meine with admirable candor. “I think it’s a classic and any Scorpions fan would agree. It’s the last album from what I’d say was our golden period.”

The band members recount the story of the album’s creation, from splitting with long-standing producer Dieter Dierks (“We’d been together for too long and we felt we needed new energy,” says guitarist Schenker), to a false start with Bruce Fairbairn, and then finding the perfect producer in Keith Olsen.

The writing and recording process is described in detail, including the story behind the groundbreaking ‘Wind Of Change’ single.

“The record company was very concerned about the whistling on it, because they thought it would hurt sales,” explains Meine. “I insisted that it should stay, because to my mind it was a vital part of what made the song work so well.”

“At first even I didn’t like it,” admits Schenker. “I didn’t think it was a good thing for a rock band to do, but we tried something else and it just didn’t work. The song only worked with the whistling.”

Of course ‘Wind Of Change’ went on to become the Scorpions’ biggest ever hit, becoming a worldwide anthem for the changing political times of 1990 when the Soviet bloc collapsed.

With the Scorpions currently working on a new album, Rock Candy Mag’s cover story provides a must-read look back at a key moment in this legendary band’s history. Read the whole of this unique Scorpions story in issue 22 of Rock Candy Magazine.

Rock Candy Mag is a 100-page, full-colour bi-monthly rock mag, created in the UK. It covers the sights, sounds and smells from the greatest era in hard rock music, the ’70s and ’80s. Put together by respected UK rock journalists Derek Oliver, Howard Johnson and Malcolm Dome – all front-line writers for the legendary Kerrang! magazine in the golden era – Rock Candy Mag is available in print format with a free digital download version for anyone who buys the mag online. Connect with the magazine at Facebook | YouTube | Twitter | Instagram 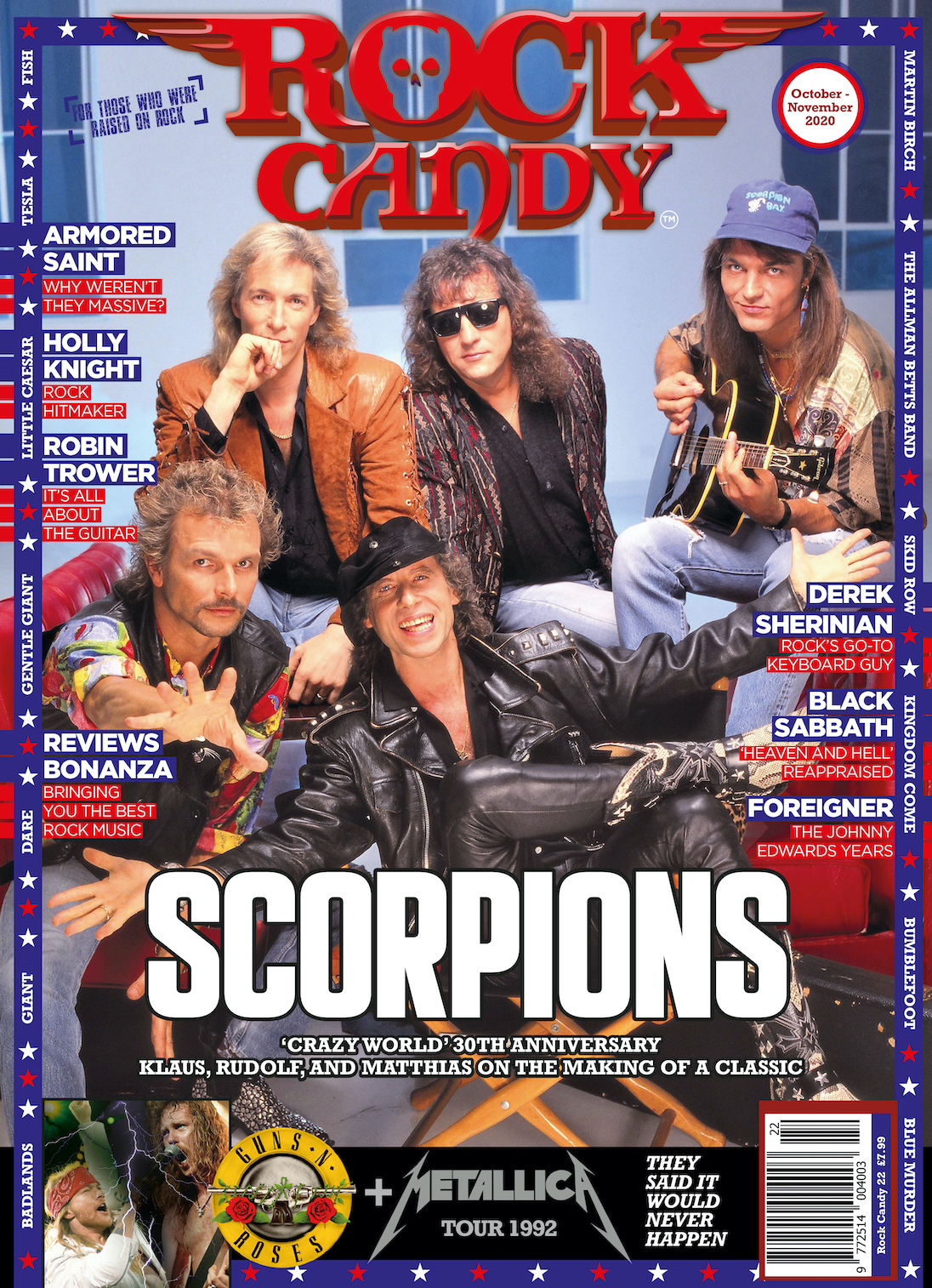