The time has arrived for legendary bay area thrash metal giants TESTAMENT to unleash new thunder to the masses and reveal their thirteenth studio album: “Titans Of Creation” which will be released on April 3rd via Nuclear Blast.

Today, the band releases the lyric video for the first single, “Night Of The Witch” which can be seem below.Chuck Billy comments, “It has been months since the final mixing of ‘Titans Of Creation’ and we are eager for fans to hear it. We feel that we put a lot into this record and at the end of the day it is a TESTAMENT record that stands on its own. We are very proud of Titans Of Creation. “Night Of The Witch” uses old school lyrics about witches chanting in the moonlight and casting spells. The beauty of this song is that I worked in Eric’s vocals into the chorus. I wanted to incorporate him as he does DRAGONLORD and this song was a perfect match. It is a heavy song and a great way to introduce everyone to ‘Titans Of Creation’“.

“Titans Of Creation” was produced by Chuck Billy and Eric Peterson while Juan Urteaga of Trident Studios handled co-producing, recording and engineering. Andy Sneap was responsible for the mixing and mastering of the album. Eliran Kantor stepped up once again to create a new masterpiece of artwork for the cover of this release. 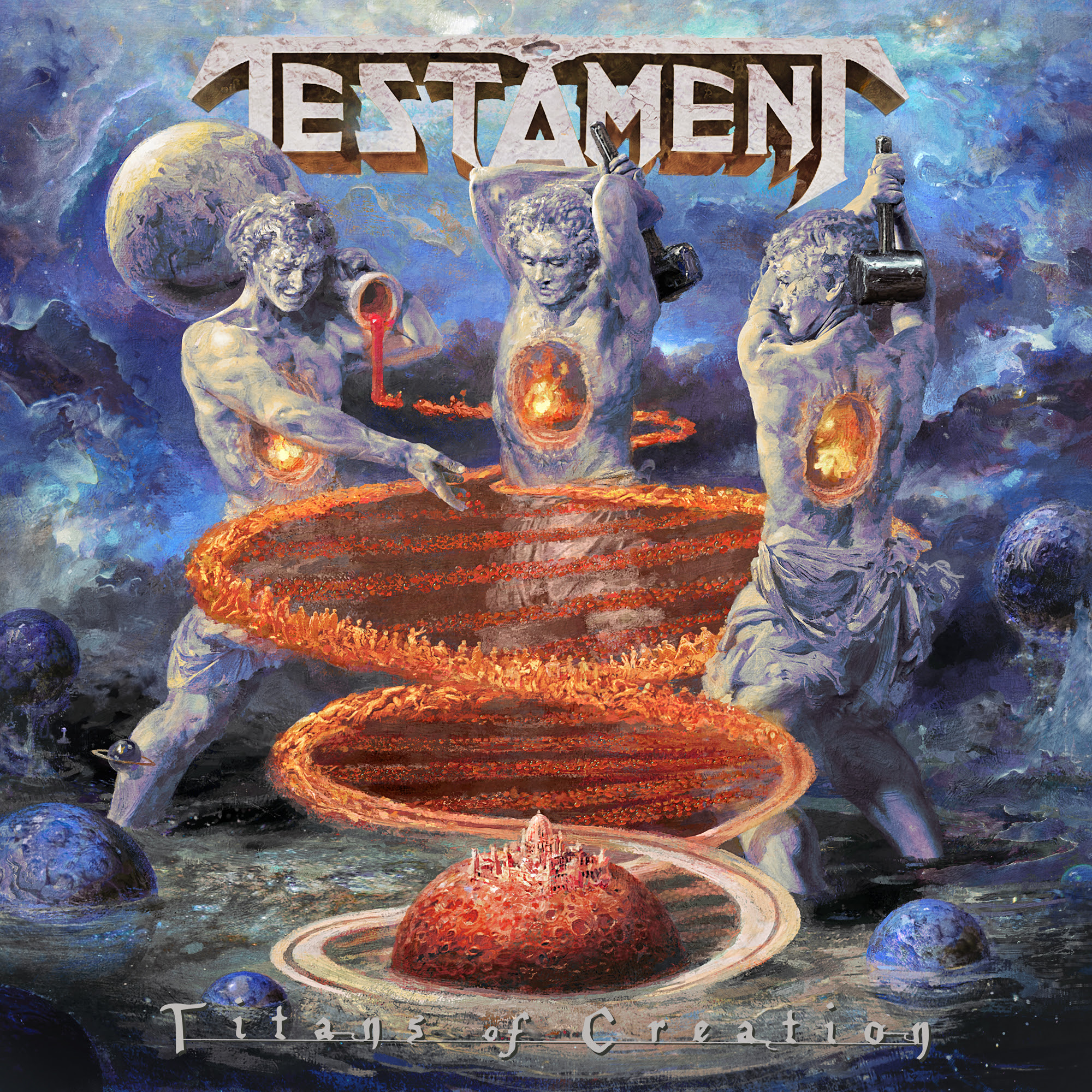 “Titans Of Creation” will be available in the following formats

Pre-order your copy of “Titans Of Creation” in the format of your choice here.

“Titans Of Creation” track-listing is below:

Just as the elements of this planet thrive within all living creatures, each musician in TESTAMENT represents a necessary component of this latest musical creation. Still filled with a massive and unstoppable energy since their last release, TESTAMENT has taken their style to the next level and present an album that is loyal to the roots of traditional thrash metal while still including alluring, brilliant, and progressive ingredients they are known for.

TESTAMENT will team up with EXODUS and DEATH ANGEL for “The Bay Strikes Back 2020” European tour. The trek will kick off on February 6 in Copenhagen, Denmark and will hit 25 cities before concluding on March 11 in Hannover, Germany.